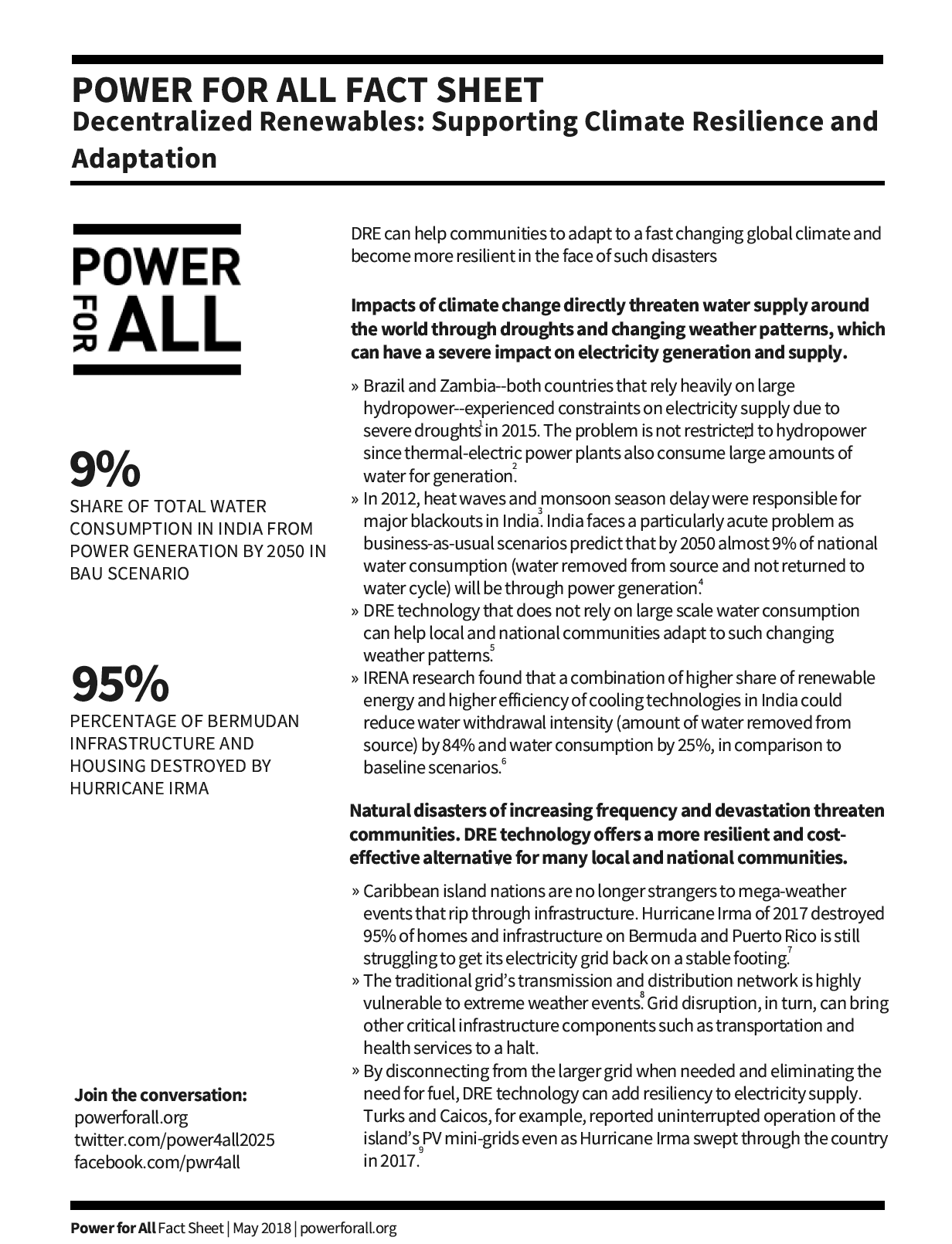 Brazil and Zambia--both countries that rely heavily on large hydropower--experienced constraints on electricity supply due to severe droughts in 2015. The problem is not restricted to hydropower since thermal-electric power plants also consume large amounts of water for generation. In 2012, heat waves and monsoon season delay were responsible for major blackouts in India. India faces a particularly acute problem as business-as-usual scenarios predict that by 2050 almost 9% of national water consumption (water removed from source and not returned to water cycle) will be through power generation. DRE technology that does not rely on large scale water consumption can help local and national communities adapt to such changing weather patterns. IRENA research found that a combination of higher share of renewable energy and higher efficiency of cooling technologies in India could reduce water withdrawal intensity (amount of water removed from source) by 84% and water consumption by 25%, in comparison to baseline scenarios.