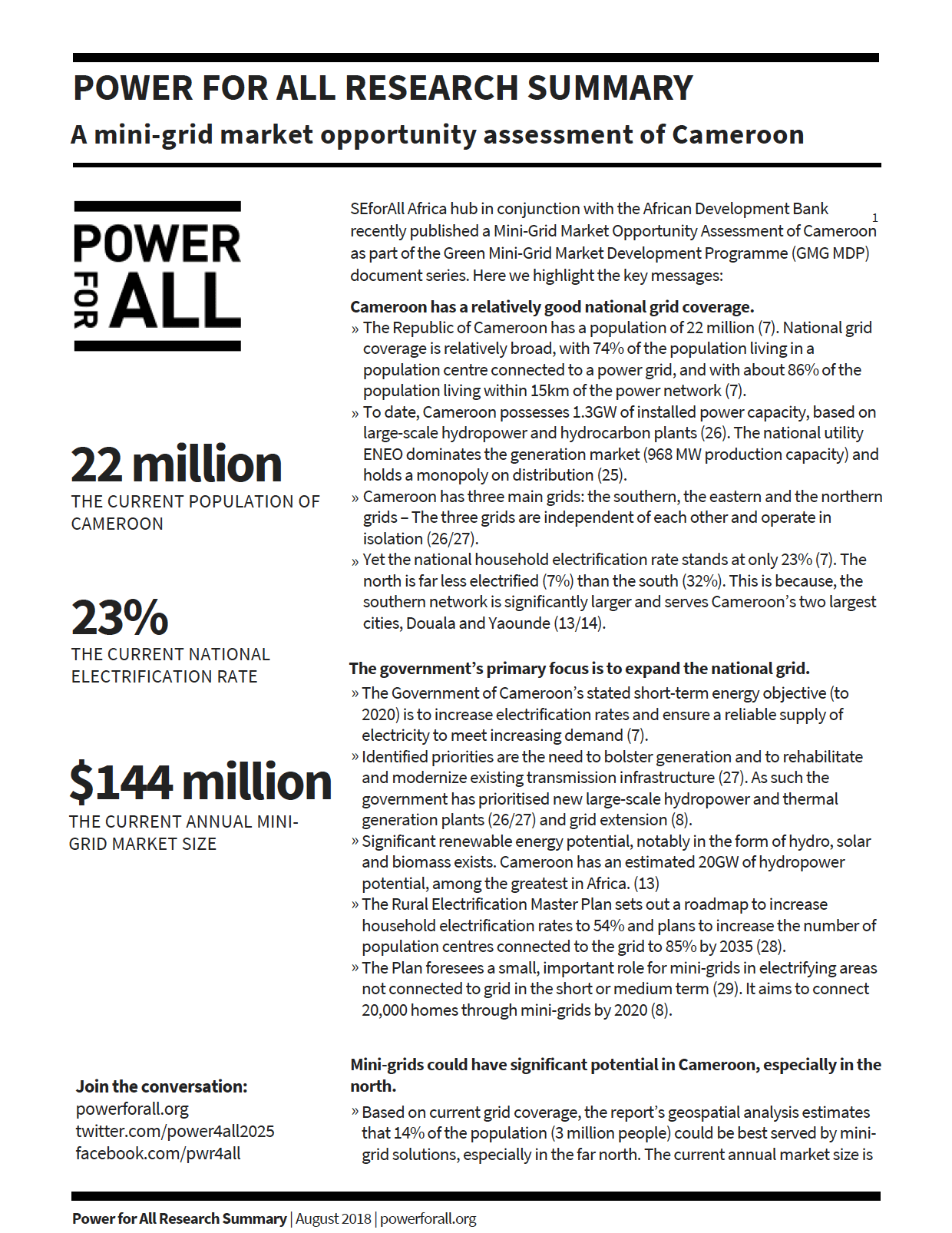 The Republic of Cameroon has a population of 22 million (7). National grid coverage is relatively broad, with 74% of the population living in a population centre connected to a power grid, and with about 86% of the population living within 15km of the power network (7). To date, Cameroon possesses 1.3GW of installed power capacity, based on large-scale hydropower and hydrocarbon plants (26). The national utility ENEO dominates the generation market (968 MW production capacity) and holds a monopoly on distribution (25). Cameroon has three main grids: the southern, the eastern and the northern grids – The three grids are independent of each other and operate in isolation (26/27). Yet the national household electrification rate stands at only 23% (7). The north is far less electrified (7%) than the south (32%). This is because, the southern network is significantly larger and serves Cameroon’s two largest cities, Douala and Yaounde (13/14).