2020 reminded us why it can be risky to make predictions. Sometimes the unpredictable alters the normal march of progress. Enter COVID-19, and… well, you know the rest. But the world goes on and so too does the energy access sector, thanks to the dedication and passion of the people in it, who worked tirelessly last year to minimize an industry crisis that battered decentralized renewable energy (DRE) companies and consumers alike and reversed nearly a decade of progress.

So what are the top energy access trends we expect to see in the year ahead for decentralized renewable energy? This year, to better inform our annual top trends list, we crowdsourced ideas for the first time through an open survey, receiving input from more than 75 of our partners (investors and donors, international and national trade associations, companies, government, civil society, researchers), and we also interviewed leading market analysts, including Bloomberg New Energy Finance (BNEF) and Wood Mackenzie, for their perspectives (be sure to dig into those by listening to our two podcasts).

Certainly the recovery from and the response to the pandemic will continue to be a near-term focus for our sector (expectations are for a recovery in consumer demand and investment, albeit uneven, starting in Q2), but we treated that as a global macro-trend impacting all markets and have not included it specifically in this year’s list. Similarly, there was consensus that distribution of a COVID-19 vaccine will ensure that the link between energy access and universal healthcare will be a key trend of the year, so we included it in our list, but also dedicated a deeper look at the topic and what to expect.

Below, in no particular order, you will find the Power for All annual energy access trends for 2021, and a visualization of the survey results. (Revisit predictions for 2020 and 2019 as well). 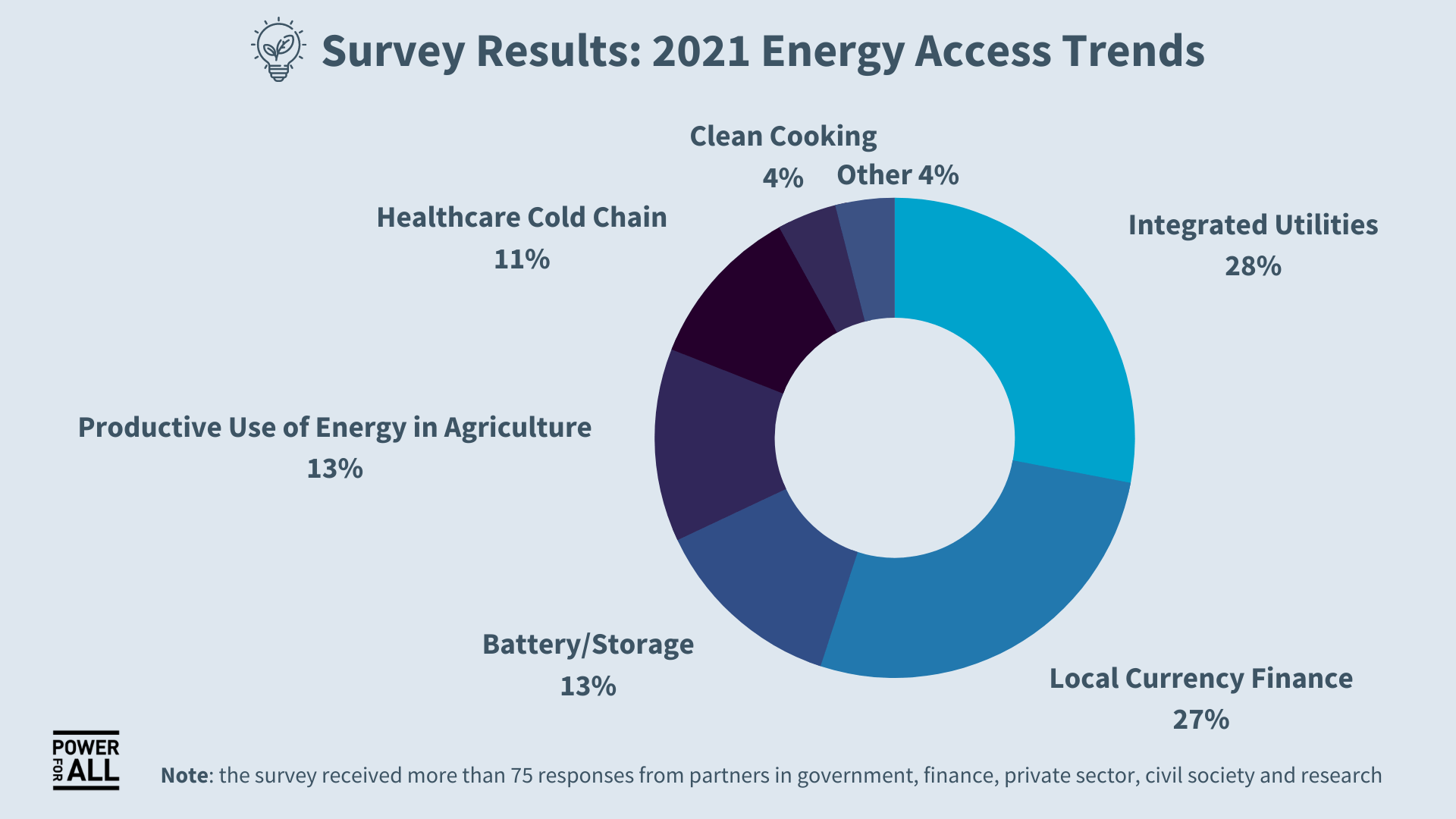 These trends also surfaced as being important to watch: