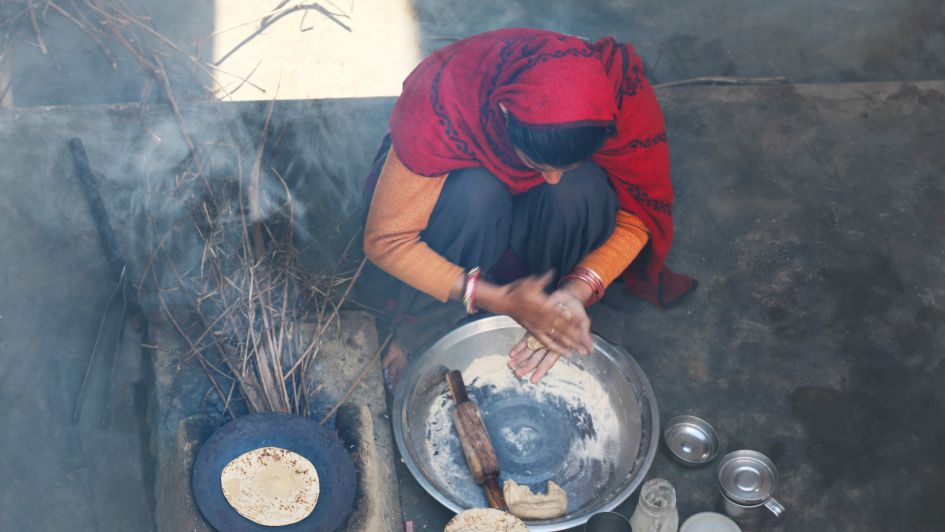 SDG7: is a “great convergence” coming?

SDG7 — affordable, modern, reliable, sustainable energy for all — has two parts: providing access to electricity (for 1 billion people) and clean cooking (for 3 billion). But the two have always been on parallel tracks. Clean cooking has focused on cleaner biomass-fuel or LPG stoves. Electricity has until recently focused mostly on solar lighting.

Is it finally time for the two tracks to converge? Over the past five years, while progress toward clean cooking has stalled, tens of millions of people have been connected to electricity for the first time through distributed household solar and mini-grids.

SEforALL CEO Rachel Kyte has said that clean cookstoves remain “one of the biggest challenges in delivering the SDG on energy, and it is one of the objectives where the indicators show that the problem is becoming bigger rather than smaller.” She called for “a wholesale reappraisal” of the sector.

Scaling solar electric cooking should be an important component of that reappraisal.

In India, the Oil and Natural Gas Corp. (ONGC) and Startup India recently concluded an innovation challenge to create a "Solar Chulha to fuel every Indian kitchen" (a chulha is the Hindi word for stove). The stove needed to meet the following criteria: safe for indoor use; boils, steams and fries; grid and off-grid compatible; serves a family of five; available for use 24 hours per day; battery storage that cycles 2,500 times; sustainable and easily available materials, and a cost of under 10,000 rupee ($155) per unit. (See an interview with the winner here).

“While the world is working towards electric cars, in India, in addition to electric cars, electric stoves would go a long way in meeting the needs of the people,” Indian Prime Minister Narendra Modi was quoted as saying. “This innovation would, in one stroke, significantly impact the nation’s dependence on imported fuel.”

Urban consumers in India already have a mature market for electric induction stoves. Induction stoves, which have heating performance comparable to gas burners but are significantly more energy-efficient and give off no harmful emissions, have become relatively inexpensive in recent years. That coupled with a steep decline in solar PV prices makes the chulha challenge quite compelling as a cooking solution for rural, remote households, which are also seeing rapid uptake of rooftop solar and green mini-grids. TERI researcher Debajit Palit has also noted that the distributed solar business model that has exploded in the past 5 years has much to teach the clean cooking stove sector, which has so far struggled to address indoor air pollution concerns.

A pilot in Ecuador to replace LPG with induction cooking in 5,400 households has shown initial success, with only 1% unsatisfied with electric stoves, while 60% were “completely satisfied”, citing ease of use, the speed of cooking food, and that matches were not required. The one negative: aluminum pots common in Ecuador don’t work on induction stoves. A pilot is also underway in India through IITB.

Scaling electric stoves is certainly not without its challenges, including for technological, cultural and financial reasons.

“The main barrier at present is the cost and lifetime of available batteries to provide the approximate 3 kWh of storage required to cook both evening and morning meals in a typical household,” according to ONGC Limited.

Added Stephen Pantano, Chief Innovation Officer at CLASP: “Energy access practitioners are working hard to meet the growing demand for affordable, high-quality, efficient appliances and equipment that are suitable for use with distributed renewable energy systems. Donors have focused extensively on lighting, mobile phone charging, and small electronics in the past, and are now investing in R&D for cold chain products and agricultural equipment. Electric cooking appliances are surely one of the next technological frontiers to be addressed, with major implications for achieving SDG7 and a host of related sustainable development goals.”

A 2017 analysis by the Energy for Access Coalition concluded that additional pilots are needed in weak-grid and mini-grid powered communities. In particular, how to address higher power demand and the need for specialized cooking pots, plus consumer preference research to understand different cooking styles and cultures.

But India has shown that it can scale efficient appliances when it wants to. India’s state-run Energy Efficient Services Ltds (EESL) Ujala program, by enabling bulk procurement, drove the cost of LED light bulbs down by 90% from 2014 to 2017, while creating a new domestic manufacturing sector (India aims to bring LED bulb imports to zero by 2020) and opening up a huge consumer market. In addition, the conversion to LED bulbs helped avoid peak power demand equivalent to six thermal power plants each with 1000 MW capacity. According to some estimates, this has helped save ₹400 billion rupee (USD $6.1 billion).

So why stop at lightbulbs? The Indian government has the opportunity to create similar scale for solar electric cookstoves -- not just domestically but globally -- and by pairing them with distributed solar and batteries, deliver energy services at affordable prices to hundreds of millions of people.

About 700 million people in India live in households that cook every day with simple chulhas using locally gathered biomass for fuel. This results in substantial exposure to air pollution inside the home and is also an important contributor to outdoor air pollution — estimated to be responsible for more than 25% of the country’s outdoor air pollution. It also contributes to the premature death of more than 800,000 Indians each year, with the greatest risk for women and young children.

In addition, gathering biomass fuel often takes time that could be put to more productive uses and in some parts of India contributes to land degradation and deforestation.

The climate impact of reducing cookstove emissions is also significant. Residential solid fuel burning accounts for up to 25% of global black carbon emissions, about 84% of which is from households in developing countries Black carbon is a byproduct of poor or incomplete combustion and is estimated to contribute the equivalent of 25-50% of carbon dioxide warming globally.