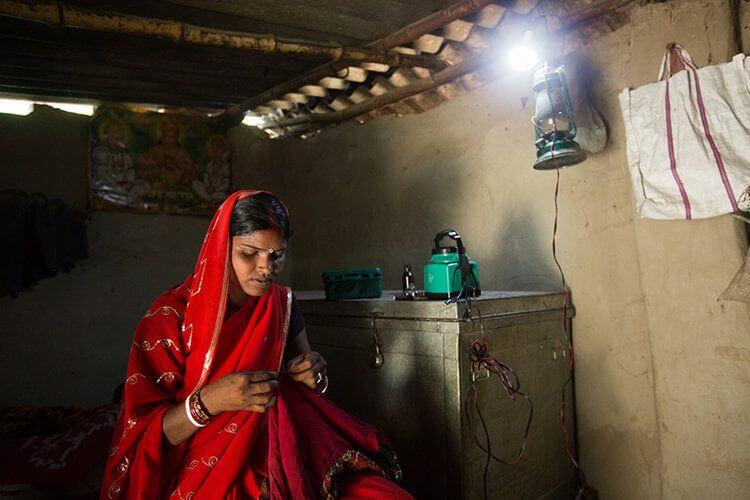 Regulator: India's rural electrification a fiction; solution must include mini-grids

The chief electricity regulator in India's most populous state, Uttar Pradesh (UP), has said out loud what many have been saying behind closed doors for a while: India's very high-profile campaign to extend its electric grid nationally by 2019 and provide energy access to every Indian, is distorting the reality on the ground. Desh Deepak Verma, whose UP Electricity Regulatory Commission (UPERC) is responsible for serving 200 million people, said claims of rapid advances in electrification, especially in hard to reach rural areas, must come under scrutiny.

"Both Central and state governments have recently been applauding their rural electrification programme," he wrote in The Indian Express, noting that almost all states claim having already achieved 95 to 100 percent electrification. "The glaring issue in the light of these figures is that by the Centre's own admission, the number of households without electricity in the country stands at a staggering seven to eight crore. In UP, this figure is about two crore." (note: one crore equals 10 million).

It's all a bit wonky, so read the full explanation in the article, but the ultimate source of the problem is the official definition of "electrification". To fix the problem and achieve true energy access, Verma calls for three steps to be taken: 1. persuade villagers close to grid-tied transmission poles to get connected, 2. support them with fair tariff rates and 3. assess the cost of reaching all villagers through grid extension. It's the third recommendation which is key, since Verma stresses the need to promote private mini-grids and micro-grids if those grid extension costs are prohibitive. He points out that dozens of mini-grids are already making an impact in UP and neighboring Bihar (more here on India's leading mini-grid program Smart Power India.)

Concluded Verma: "The Central government has come up with a draft mini-grid policy which should give a big boost to them in the country. The need is to have a coordinated plan to extend the existing grid and to set up more mini-grids in remote villages. This would require not just coordination but active collaboration among the states and the Centre. Only this can turn the dream of 'power for all' into a reality."