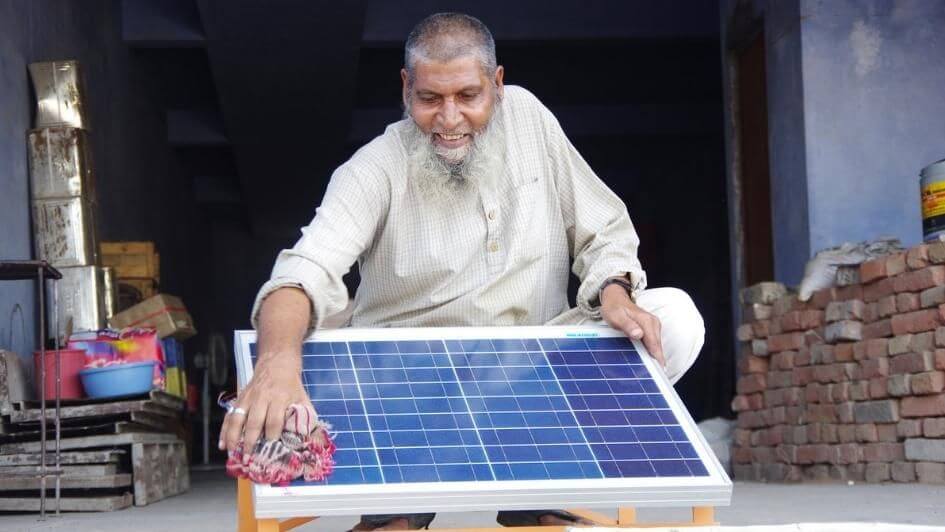 Jharkhand Renewable Energy Development Agency (JREDA) unveiled the "Jharkhand State Solar Policy 2022" on July 5, 2022, outlining its vision to bring solar energy closer to the local communities, businesses, and industries. The policy aims to achieve 4000 MW of solar power capacity across a variety of applications by 2027. These include 3000 MW of utility-scale solar power through solar parks (700 MW) and non-solar park panel installations (1 GW); and 400 MW and 900 MW of canal top and floating solar facilities respectively.

The target for distributed solar projects in Jharkhand is 720 MW, including 250 MW of rooftop solar, 220 MW of captive solar, and 250 MW of solar irrigation. According to the state, 280 MW of off-grid solar generating plants will be built  and 110 MW will be allocated to mini- and micro-grids in this category, 50 MW will be used for livelihood-based applications and another 120 MW for solar irrigation pumps.

Power for All’s India Country Director, Debanjana Choudhury, welcomed the State Government’s initiative on the Solar policy and the set target of 720 MW for Decentralized solar applications. “By setting clear targets for mini-grids, productive use applications, and solar irrigation, the government has set a clear mandate and this will help establish a more conducive environment for the sector,” she said. Besides creating an enabling environment for solar development, the policy also offers several fiscal incentive measures such as a single window system, payment security mechanisms, and land arrangements through land banks to attract private investments. The introduction of subsidies further encourages citizens to utilize rooftop solar panels thereby amplifying the efforts toward solar awareness and implementations in urban areas (Subsidies of up to 80 percent of the total installation cost will be granted to households with an annual income of less than 4000 USD).

Under the new solar policy, the government aims to bridge grid connectivity by deploying DRE technologies (mini and micro grids and stand-alone solar home systems) and support the development of rural economies and improve livelihoods. Additionally, the policy encourages the installation of stand-alone solar pump systems and the solarization of agriculture feeders to fulfill farmers' needs for irrigation. The DRE industry might create a significant number of direct, indirect, formal, and informal jobs comparable to those in India's on-grid solar sector. The new policy identifies the interlinkages between SDG 7 and the rest of the sustainable development goals through DRE and Productive Use of Energy (PUE) applications.

With the unveiling of the new solar policy, Jharkhand envisages becoming a pioneer in solar development and promoting rapid solar energy expansion in India to achieve its immediate and long-term climate goals. The state has given due allocation to the off-grid sector and taken into account the Ministry of New and Renewable Energy’s Framework for Promotion of Decentralized Renewable Energy Livelihood Applications to ensure the development, promotion, and implementation of solar-based livelihood and productive use application in the state. The next steps will be to work closely with the state nodal agency and the Jharkhand Energy Collective to implement this policy effectively in the 24 state districts.