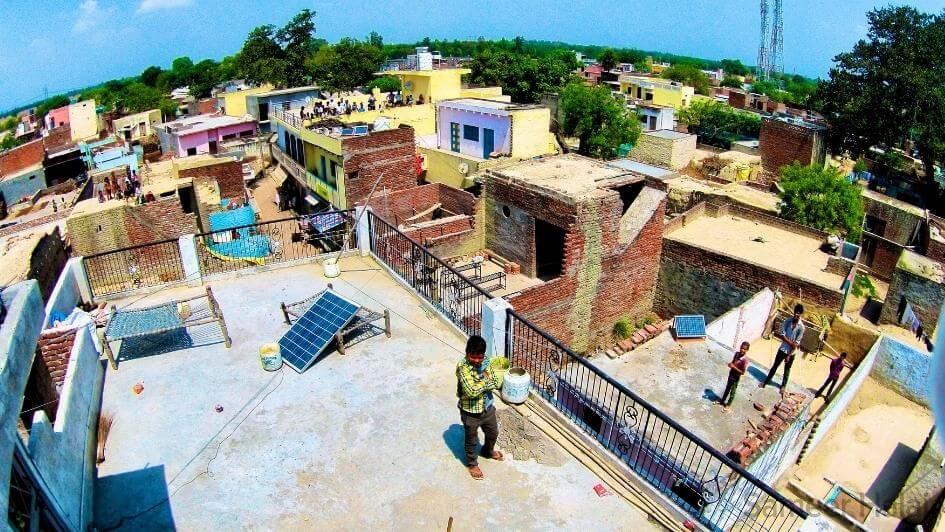 Road to India's Rural Energy Goals Goes Through its Cities

Living in Madhopur Diara village, across the river Ganga, about 15km from Patna, 12-year-old Soni didn't see a light bulb until she turned eight. For years, she walked through the dusty fog trying to find her way to school. At dusk, she helped out at her father's small-scale mill powered by an old generator. Four years ago, the solar revolution came to her village, and, like many homes, her family embraced it.

However, about 10 hours away are the dark streets of many villages in Uttar Pradesh. As the thickening, overwhelming darkness descends at night, residents are left to scramble for whatever alternative energy sources they can find. Even in 2022, electricity supply is still something of a myth in most rural villages, as rural dwellers hope for a day when bulbs will shine uninterrupted, and engines will roar on the power supplied by the grid.

Under the Saubhagya scheme, the Indian government says it has catered to the energy needs of about 98 percent of its population as a result of rapid expansions in the power sector. Sadly, this is not enough. This seeming impressive feat has not been felt in many rural areas, a situation for which Prime Minister Narendra Modi, in 2017, unveiled a massive $2.5 Billion plan to electrify every Indian home by 2019. Five years on, there's still a deficit which leaves millions of Indian homes without on-grid electricity.

A 2020 survey by Smart Power India in collaboration with the NITI Aayog and the Rockefeller Foundation revealed that nearly 13 percent of Indian homes relied on non-grid sources for electricity or do not have access to electricity at all. Uttar Pradesh, the giant state in Northern India, faces a dire situation with more than 10 million households still without access to electricity. The situation is not any better in rural villages across states like Rajasthan, Odisha, Chattisgarh, and Bihar.

With about 40 percent of rural residents suffering from poor energy delivery according to a recent survey, alternative sources of energy are often sourced by millions of households left to fend for themselves. This dearth of quality electricity delivery has also gravely affected businesses in the region, with many finding respite in off-grid solar systems that provide reliable and clean energy for their individual and collective needs.

Solar systems provide a more sustainable and commercially viable alternative for India's energy needs. In a report published by Global Off-grid Lighting Association, there were about 1.18 million off grid solar units purchased in India in the later part of 2018. This and many more instances are proof of the rapid expansion in off grid solar system deployment in the country. However, this has not yielded the desired outcome in many ways due to operational concerns.

In spite of the massive gains over the last 5-6 years in off-grid solar deployment across the rural areas, we face another mounting challenge, which is the performance and upkeep of these systems. It means the villages might be solarized on paper but the villagers are not able to access the solar energy. The situation is similar to a village being electrified on paper but its residents not getting access to electricity.

The current business models are not economically viable because they are not scalable nor attractive enough for the kind of demand wave that's needed. This is due to the subsidy-driven business model where solar companies are incentivised to sell but not to provide aftersales service. They have no incentive to provide maintenance services for these systems. So, most of these systems either stop generating energy or deteriorate after the first few months. Moreover, the aftersales market in rural areas is in shambles. It’s a common sight to see shoddy solar panels being sold like cloth by some non-descript shops, and at exorbitant prices.

Unless there is a demand-driven ecosystem with a free and fair market for the solar players, there is no merit for solar companies to improve their quality, business, and service models. The industry needs demand for home solar systems to strive for excellence. The demand will drive the industry to invest in technology, scalable business models, logistics, financing innovation, and more importantly, service infrastructure. Today, with millions of urban homes finding it financially viable to get solarized, Indian cities provide this massive demand opportunity. The government of the day, both at the centre as well as states, needs to provide an open market ecosystem to the industry, and very soon, we will see a rooftop solar revolution in India.

And as with most other businesses, the industry will gradually expand to the rural areas for growth, but this time, equipped with a massive ecosystem of quality products, cheaper prices, and close to customer service infrastructure.

The state of solar energy in India is gathering momentum, enriching lives, and transforming rural communities. With more companies looking to invest in the solar structure in India – while adopting the sustainable Pay-Go system, there is renewed confidence that the deficit can be well covered by this clean alternative power source. Although there is still a lot of work to be done by solar companies, the future looks promising as they commit to reinventing themselves on a continuous basis until every home in India is indeed, lit up.