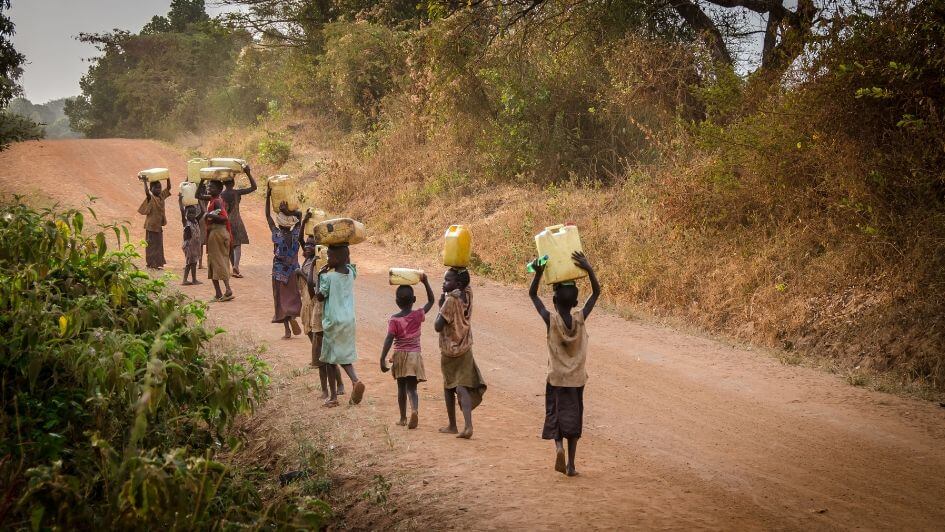 As the United Nations gathers in New York to deliberate climate action and the sustainable development goals (SDGs), including SDG7, we must ask ourselves: how is the Global South best served? Without doubt, advanced economies can and should play a major role in providing financial and technical support to the Global South. But more and more, countries in the Global South are looking to each other for support.

The International Solar Alliance (ISA) is a good example: a new international intergovernmental treaty organization that is headquartered in the Global South.  So far, 55 countries have ratified the India-based ISA’s framework, all seeking support to scale climate-friendly power, achieve energy security and boost economic development. (Learn more in our interview with ISA's Director General Upendra Tripathy).

According to the United Nations Office for South-South Cooperation (UNOSSC), the significance of South-South cooperation is further underscored by the fact that developing countries are expected to account for 55 percent of the global GDP by 2025, with Africa becoming by far the fastest-growing region.

There is ample evidence to show that South-South cooperation will provide greater opportunities to mobilize and share knowledge, expertise, technology, and financial resources that will help achieve the SDGs, particularly in developing countries. A UN mapping tool provides information and data about successful SDG7-related experiences in Africa with the aim of sharing lessons learned and supporting wider interaction between development actors seeking to implement South-South cooperation. For example, a project enabled by South-South Cooperation using trilateral modalities was set up to expedite the transfer of renewable energy technology from China to Ghana, funded by the Government of Denmark.

Although China has invested heavily in Africa, especially through projects like its ambitious Belt and Road Initiative, as the largest economy in the Global South, there remains a huge opportunity for the country to go beyond large infrastructure projects and become a major supporter of DRE in the region.

The International Council for Local Environmental Initiatives (ICLEI), an association of local governments committed to sustainable development, launched a Local Renewables Initiative between India, Indonesia, and South Africa. The cities of Ekurhuleni in South Africa and Yogyakarta in Indonesia were guided by Coimbatore in India to promote knowledge exchange and increase the uptake of renewable energy and energy efficiency technologies at the local level.

At the invitation of LEDS-GP, Power for All recently played an observer role in a bilateral exchange in Abuja between delegates from Ethiopia and Nigeria where the Nigerian Rural Electrification Agency (REA) shared its experience with Ethiopian counterparts on driving the government’s goal of delivering 10,000 mini-grids in the country by 2023.

To address energy poverty in the Global South and contribute to SDG7, UNIDO launched the Global Network of Regional Sustainable Energy Centers (GN-SEC) Program, an innovative South-South and triangular multi-stakeholder partnership to accelerate energy and climate transformation by creating economies of scale and ensuring equal progress and spillover effects among developing countries.

The urgency of climate action has led to rising aspirations linked to the UN 2030 Agenda, and several member-countries have multiplied their commitments, but developing countries continue to face a myriad of interlinked macroeconomic, financial, climate, and developmental challenges that hinder SDG implementation. However, international and regional collaboration, including enhanced partnerships among and within developing countries through South-South cooperation are already playing a vital role in turning the 2030 development aspirations into reality. Speaking in Buenos Aires, Jorge Chediek, the Secretary-General’s Envoy on South-South Cooperation and Director of UNOSSC said that, “interregional forums and summits for dialogue amongst developing countries have become an important platform for enhancing South-South policy coordination, launching joint initiatives, and committing resources for infrastructure development, trade and investments – vital for ensuring sustainable development.”

Since the adoption of the Buenos Aires Plan of Action (BAPA+40) for Promoting and Implementing Technical Cooperation among Developing Countries 40 years ago, South-South cooperation has increased both in scale and scope along with the diversification of activities and growth of actors. The scope of the cooperation has expanded and now includes technical cooperation and knowledge exchanges, trade, investment, infrastructure and connectivity as well as the coordination of policies and development strategies among developing countries.

This year’s International Day for South-South Cooperation whose theme is, “From Commitment to Action — Follow up to Buenos Aires Plan of Action+40” explores how South-South cooperation presents an opportunity to achieve the 2030 Agenda for Sustainable Development.

There remains enormous potential and urgency in further exploring and harnessing the opportunities for South-South cooperation in delivering the SDGs, especially in Africa and Asia.