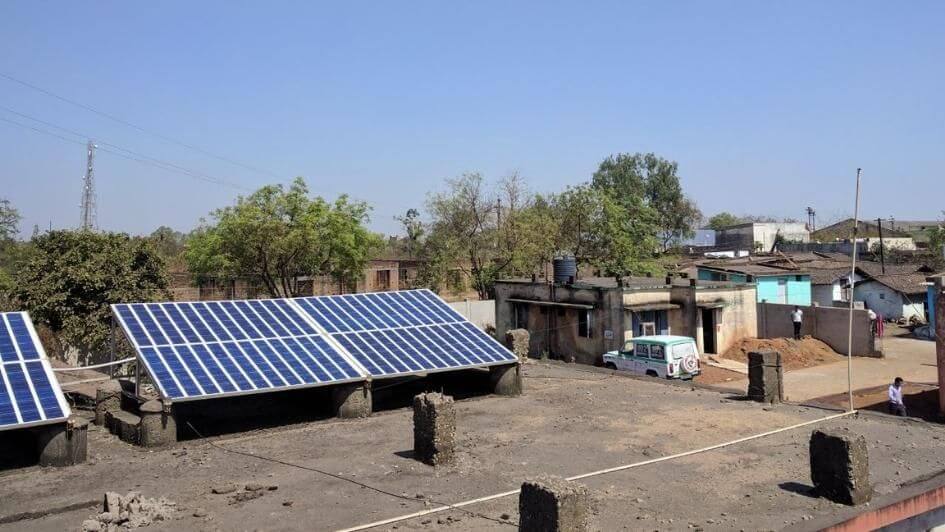 India can lead in ending energy poverty for good: will it seize the opportunity?

Going into COP26 in Glasgow, citizens across the globe are anticipating ambitious commitments from various countries from what is being seen as the next big COP, after the Paris agreement  in 2015. There is a larger consensus that this will be a race of revised targets to Net Zero among the developed nations. However, Net Zero and energy transition commitments are likely to remain a distant conversation for the future among developing nations in the global south. There are still 759 million people across the world who do not have access to electricity. The pandemic's financial impact has made basic electricity services unaffordable for 30 million more people, the majority located in Africa. The biggest electricity access deficits were in Nigeria, the Democratic Republic of Congo and Ethiopia, which replaced India in the third spot.

With 98 percent access to electricity under the Saubhagya scheme, India has made significant progress in ensuring electricity access for all, by rapid grid expansion in the last decade with only 30 million left to be connected to the grid. However, these numbers are debatable in the rural pockets of Uttar Pradesh, Jharkhand, Chhattisgarh and Bihar. The quality of supply is still a looming issue that is left to the discretion of the debt-ridden distribution companies (DISCOMS). This intermittent supply is crippling businesses and limiting entrepreneurs in villages, who would like to increase their usage of productive load for expanding their business and contributing to the local economy. Decentralized solutions like off-grid solar appliances are playing a crucial role far beyond just lighting and delivering reliable productive loads for small businesses - reliable energy access which can’t be provided by the current grid. For example, in Perka village in Jharkhand, a 5kW solar system powers a millet processing unit, where over 35 women are employed - with each of them now earning an additional income of INR 7000 per month.

Distributed Renewable Energy (DRE) powered livelihood solutions like solar powered agricultural processing units, cold storages etc. have the potential to reduce and eventually eliminate the reliance on Diesel completely and supplement the grid supply. There are successful pilots and business models of DRE livelihood applications in agriculture, agro-processing, dairy, poultry, fisheries, tailoring, etc. Against this background, there is a pressing need to:

In the fourth edition of its  State of the Sector report, the Clean Energy Access Network gives a positive outlook of the overall DRE sector in 2019-20. However the sector continues to struggle to raise adequate finance, target policy frameworks, apart from battling lack of larger awareness and limited market linkages. For a country that has added a commendable 100 gigawatts of renewable energy to its grid, its challenges to find its feet when it comes to DRE solutions are at odds with its other successes. Delays and policy paralysis may be to blame, when we consider that the Ministry of New and Renewable Energy (MNRE) came up with the first draft of DRE applications in rural livelihoods in October of 2020, which was revised in March 2021. The stakeholders invested in this sector are still waiting for a concrete policy framework to be in place to expand their business interests at the state level. Another such example is the mini grid policy in the state of Jharkhand, where the first draft  formulated in 2018 was updated in late 2020 and revised in February 2021. It is still awaiting finalization by the government.

The Government’s focus so far seems to be on gigawatts added, versus uplifting the millions languishing in energy poverty post India’s ‘100 GW by 2022’ commitment at the Paris COP. The inherent problem is a consistent failure to acknowledge the large energy inequity that lies within the country, which gives rise to lopsided priorities and implementation focus. On one hand, in a city like Bangalore we see plans to implement electric charging infrastructure for electric vehicles by 2025, while on the other there is an absence of committed action to ensure quality electricity to villages in Jharkhand and Chhattisgarh to end energy poverty where it is most needed to achieve the SDG7 goals.

There is hope that with a strong central government vision under Prime Minister Narendra Modi, these discrepancies will be tackled with a more cohesive national and state-level policy framework and implementation landscape. We see evidence of this ambition in India noticeably staking a claim to a wider mantle of leadership, by helming the International Solar Alliance and pitching for the “One Sun One World One Grid” call to action. The Ministry of Environment’s mantra for COP26 is  “climate justice for climate change” and its stance of Common But Differentiated Responsibilities (CBDR) at the global forums is understandable, as a developing economy that is yet to achieve its peak as well as to bridge the monetary equity gap at a global stage. There is a need for energy equity  to be addressed within the country as well, to ensure the right amount of financing, policy implementations and support goes to the DRE sector. This will in turn enable India to end energy poverty once and for all. The DRE sector is also projected to have 190,000 direct jobs and 210,000 indirect jobs in the country by 2023 and this is crucial for India’s energy transition in green jobs. These aspirations peg India’s potential to go beyond 100% electrification, to take the lead in ending energy poverty and be the lighthouse for the Global South.