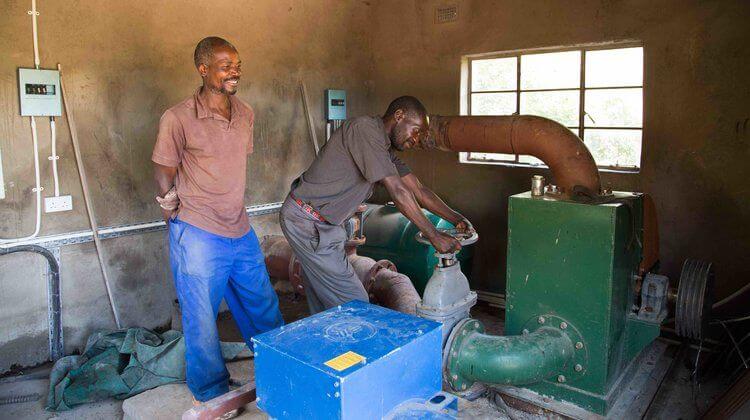 Power to the People

Decentralized renewable energy will not achieve its full potential in helping end energy poverty unless two things happen: 1. we measure access through a lens of providing “services” (not just megawatts or number of connections) and 2. we harness the power of the poor themselves to shape their energy future. These are the conclusions from the just released Poor People’s Energy Outlook 2016 from Practical Action, an in-depth look at the needs of energy poor communities (households, businesses and social services).

The SEforAll multi-tier framework and other initiatives have helped to reimagine the way we think about energy, particularly the ‘nexus’ between energy and other vital development areas—such as the way reliable power is saving lives in local health centers, increasing food production by powering agriculture, or improving the safety of children. Measuring energy services is a critical enabler of effective energy planning, and more work is needed to ensure that the impact of energy access on all development goals is better understood. So too is greater awareness of the role that those living in energy poor communities must play in creating rapid and radical change—and the huge impact they are already having in creating their own clean energy future.

The poor are leading the decentralized energy revolution

It is, for example, people who lie at the heart of the explosion of distributed energy in Kenya. While supportive policy and finance have been critical enablers of change, the fact that an estimated 20 percent of the nation’s population is now benefitting from household solar is in no small measure a result of decentralized energy practitioners listening—and responding to—the needs of the energy poor, and of peer-to-peer endorsement of new technologies by community members. A study by the organization SolarAid following its SunnyMoney school campaigns (which engaged local teachers and education bodies in raising awareness of solar technology) found that when a family bought a solar light, they then recommended it to an average of 25 other people—and the benefits of small solar products have helped pave the way for larger solar systems and mini-grid services.

Similarly, community engagement has been key to the success of women’s groups such as Solar Sister, Barefoot Women and the women’s cooperatives who worked with the Solar Electric Light Fund to build 11 Solar Market Gardens, which today create fresh fruit and vegetables for 66,000 people in rural Benin. Farmers groups, social enterprises and civil society organisations are also listening closely to their members and customers, and providing a growing range of services that meet their needs and wallets. Integrating the voices and priorities of those living in energy poor communities into energy planning is key to accelerating change and maximizing the impact of viable solutions.

Indeed, top-down approaches to energy access have also found the greatest success when closely engaging local communities. In the Nepalese Micro Hydro Village Programme, for example, while the programme was implemented by the Government of Nepal’s Alternative Energy Promotion Center, communities donated land for the construction of canals, contributed labor to build micro-hydro units and were trained on the maintenance of systems to ensure sustainability. To achieve further benefits, the participation of women and marginalized groups was mandated, and funding was made available to build local capacity and income generation from activities such as agro-processing, poultry farming and carpentry. Over 1,000 micro hydro plants have now been built through these community-led schemes. Listening to the views of local communities has also been a key factor in the recent support for mini-grids by the Uttar Pradesh Electricity Regulatory Commission, which aims to catalyze power for households, businesses and public services across India’s most populous state.

The determination, enterprise and knowledge of those most affected by a lack of power is a vital resource in the battle to end energy poverty. From the 14 year old ‘Boy who Harnessed the Wind’ in rural Malawi by building a  wind turbine after seeing pictures in an engineering textbook, to SOLshare, and the thousands of Bangladeshi neighbors now ‘taking power into their own hands’ through the world’s first solar home system power sharing platform. Unlocking the innovation, skills and wisdom of a billion people will not only shine a light on the energy solutions that are—and aren’t—working, but it will open up a new world of possibilities for global development.

READ MORE: The Poor People’s Energy Outlook 2016, and accompanying briefing document, is available to read and download from the Practical Action website. The report provides detailed research into the energy needs of 12 communities across  Bangladesh, Kenya and Togo, and provides recommendations for a faster, more holistic approach to national energy access planning.