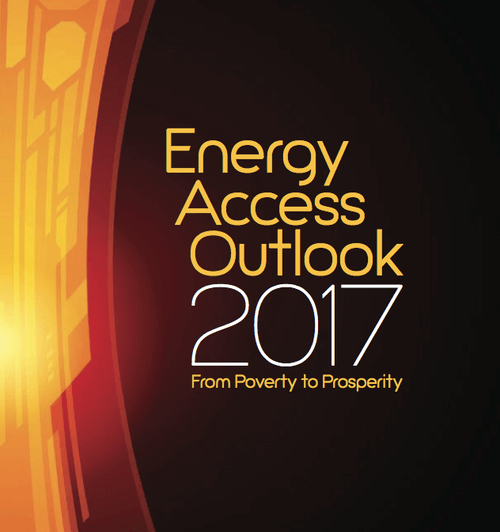 An updated analysis of electricity access by the International Energy Agency (IEA) concludes that “decentralised systems, led by solar PV in off-grid and mini-grid systems, will be the least-cost solution for three-quarters of the additional connections needed” to achieve Sustainable Development Goal 7 (SDG7) by 2030. But despite recent advances, on current trajectories, Sub-Saharan Africa will still have roughly the same number of unelectrified—600 million people—as it does today.

India stands out as a leader in the race to universal electrification, the report said. “The number of people without access to electricity fell to below 1.1 billion people for the first time in 2016, with nearly 1.2 billion people having gained access since 2000, 500 million of which were in India,” it said.

And while positive signs have also been seen in Sub-Saharan Africa (with electrification outpacing population growth since 2014), progress is uneven “and there are still more people without electricity today than there were in 2000.” Sub-Saharan Africa is currently home to more than 600 million without electricity, and the new report forecasts that just over 600 million will still be without power in 2030, which will be 90% of the global total at that time. That is despite an expected increase in the access rate to 59% in 2030, from 43% in 2016.

Nearly all of the 1.2 billion who gained access since 2000 have been in urban areas and have done so through grid extension, 70% of them getting power from fossil fuel sources.

However, the report noted, “over the last five years, renewables have started to gain ground, as have off-grid and mini-grid systems, and this shift is expected to accelerate.” During that time span, decentralised renewables were the source of 6% of new electricity access, it added.

“Over the period to 2030, new connections to the grid bring electricity to over half of those that gain access, and offer the most cost-effective means of access in urban areas, but decentralised systems are the most cost-effective solutions for over 70% of those who gain access in rural areas. By 2030, renewable energy sources power over 60% of new access, and off-grid and mini-grid systems provide the means for almost half of new access, underpinned by new business models using digital and mobile technologies.”

The report cited the falling cost of solar and the introduction of pay-as-you-go business models and ultra-efficient appliances as key enablers for advances in rural electrification in recent years, noting that the combination is “affordable to poor households, as well as offering an improvement on the energy services they currently have (often kerosene or candle lighting, plus payments to local businesses for charging mobile phones) at a lower cost.”

Lastly, the report stressed the huge gap in investment needed to bridge the remaining gap in access.

“Providing electricity for all by 2030 would require annual investment of $52 billion per year, more than twice the level mobilised under current and planned policies. Of the additional investment, 95% needs to be directed to sub-Saharan Africa,” it said. Nearly half of that investment would go to mini-grids, with a quarter going to “off-grid”. 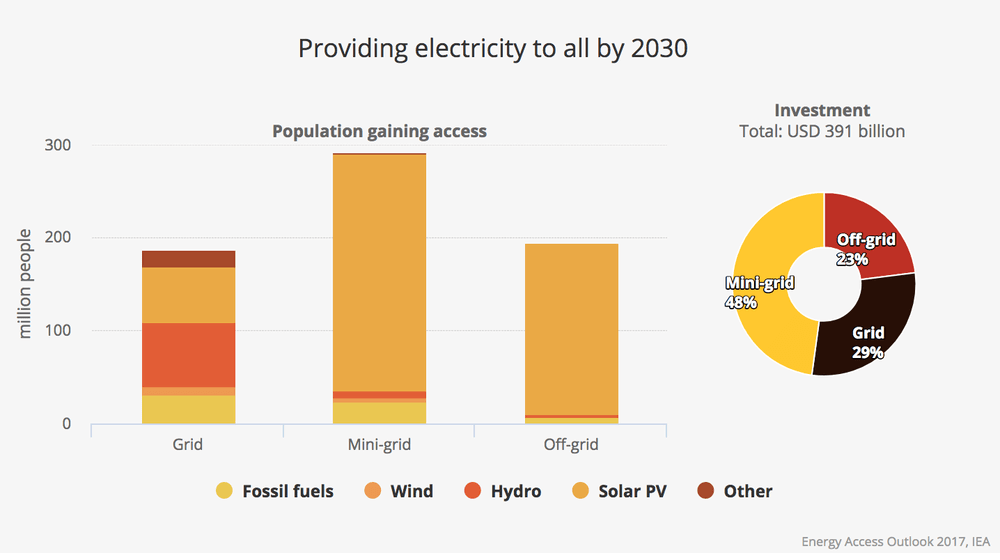 “Scaling up investment in electricity access will require that the right policies and investment frameworks are in place. Similarly, reaping broader social and economic benefits will require a perspective on access that extends beyond household connections to include electricity for productive uses, such as businesses, agriculture and industry. This can create anchor loads to attract investment, lowering the average cost of household connections, improving food security and creating job opportunities, notably for women.”