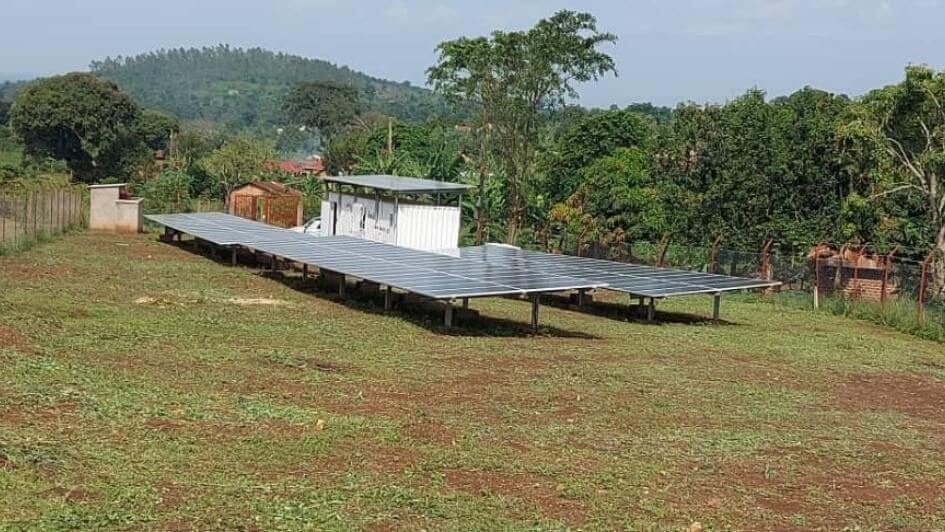 Going Beyond Access: Financing of Assets and Appliances Stimulates Energy Demand in Uganda

According to a recent household survey by the Uganda Bureau of Statistics, only 57% of Ugandans have access to any form of electricity. Of these, 19% and 38% were connected to the grid and off-grid power, respectively. Most of those without access to electricity are in rural areas where over 75% of the households reside and depend on agriculture as their main source of income. Lack of reliable energy hampers delivery of essential services and agricultural productivity and continues to stagnate the economic development of rural communities by preventing the establishment of energy-reliant businesses. Without access to electricity, entrepreneurs often depend on fossil fuel-powered generators that are costly to operate and maintain and are hazardous to the environment.

Agriculture is the backbone of Uganda’s economy, employing 70% of the population and contributing over a fifth of its Gross Domestic Product (GDP). Power for All recently interviewed 439 farmers in three sites in the Mukono district of Uganda - Kiwumu, Nyenje, and Kyampisi, in a survey to understand the impact of energy on agriculture. The survey found that villages with energy access had better human development outcomes, including education and living standards. Residents in villages with electricity access also reported more resilience to the economic shocks of COVID-19. For example, in Kyampisi in Mukono district, 60% of farms said the pandemic had no impact on their income sources. On the other hand, only 40% of the farms in Kiwumu, where electricity access is lower,  indicated the pandemic had little impact.

One of the reasons for the low levels of connectivity is the high cost of electrification through the grid in Uganda.  At an average grid connection cost of $1,400, Uganda would require $7 billion—over a fifth of Uganda’s current annual GDP (estimated at $37 billion) to achieve universal electrification through the grid. In addition, Uganda’s per capita electricity consumption is among the lowest in the world, with 215 kWh per capita per year (Sub-Saharan Africa’s average: 552 kWh per capita, World average: 2,975 per capita). The low demand for electricity puts a strain on the power tariff due to the nation’s financial commitments to private investors.

Productive Use of Energy Can Stimulate Electricity Demand

However, the study further revealed that extending affordable credit finance towards purchasing productive use of energy appliances such as solar-powered freezers, solar irrigation systems, heaters, and dryers, increased energy consumption by 19% in Nyenje and 38% in Kiwumu and business revenues by 68%. Therefore asset deployment and appliance financing can be a viable model for demand stimulation in farming communities. Furthermore, financing of appliances and associated interventions (e.g, financial literacy) can increase energy access and consumption to the level where the utility’s cost of servicing customers is met.

Power for All’s Utilities 2.0  Twaake pilot project in Uganda has introduced an integrated approach bringing together centralized utilities and the decentralized renewable sector to end energy poverty at a much faster and cheaper rate. The project aims to provide a replicable model to create faster connections, increase productive use of electricity, improve overall energy system performance, promote economic growth in rural communities, and improve business profitability.