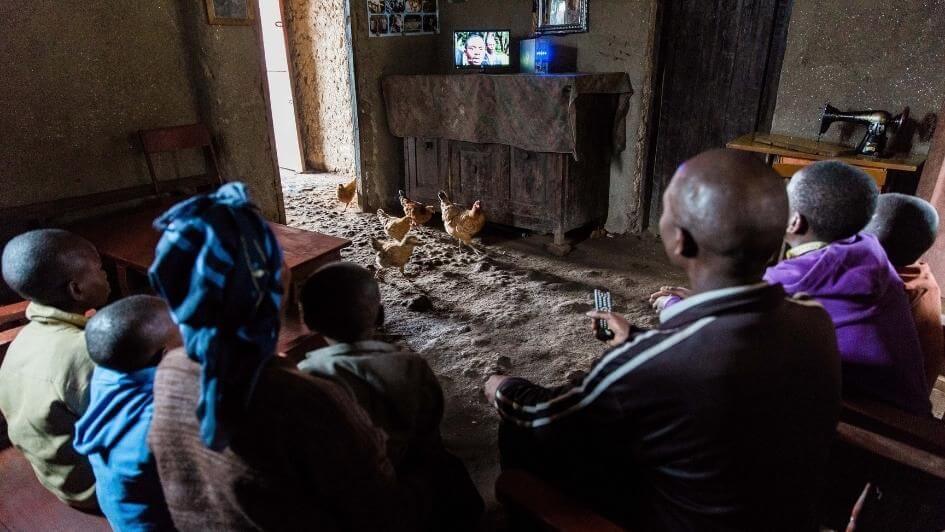 “Africa is simply tired of being in the dark. It is time to take decisive action and turn around this narrative: to light up and power Africa – and accelerate the pace of economic transformation, unlock the potential of businesses, and drive much-needed industrialization to create jobs,” This was said by Akinwumi Adesina, President of the African Development Bank, in his speech at the Africa Union Summit held in January 2016 while outlining the bank’s five development priority areas for Africa’s transformation including Light up and Power Africa initiative.

Indeed, Africa will not achieve its development goals if it does not tackle its energy access challenges. The continent has the lowest electricity access rate globally at just over 40 percent.

Fortunately, the continent is well endowed with renewable energy sources, and according to the Africa 2030: Roadmap for a Renewable Energy Future by the International Renewable Energy Agency (IRENA), African countries are uniquely positioned, and have the potential, to leapfrog to renewables such as solar, wind and geothermal.

Solar energy is the most cost-effective renewable energy, according to IEA’s World Energy Outlook 2020. It is now the fastest-growing source of electricity due to a drastic reduction in production costs - down by 80% from 2010. Moreover, prices are expected to reduce even further with technological innovations.

While solar technologies are cost-effective in the long run, the high initial installation costs are out of reach for most of Africa’s rural communities. To counter this, solar companies have developed innovative financial mechanisms to make the technologies affordable, including the Pay As You Go (PayGo) model, which allows the customer to buy the systems in installments after making an initial deposit.

According to GOGLA, the association for the off-grid solar industry, around 25 - 30 million people gained energy access with PayGo models between 2015 and 2020. Currently, over 40% of all sales of off-grid solar lighting products in Sub -Saharan Africa are conducted through PayGo, reaching almost 50% in Kenya and 65% in Rwanda.

A study by  60 Decibels (June 2020)  that surveyed over 5,000 PayGo home solar customers showed that although the pandemic had a significant impact on incomes and household finances, they continued to value their solar products highly. Nearly 70% reported their systems contributed to a 'very much' improved quality of life, compared to the pre-Covid benchmark of 54%.

In Africa, 57% of adults have no bank accounts and are excluded from the financial system - a majority of whom are women.  PayGo is a lifeline to the unbanked and unelectrified bottom of the pyramid households enabling them to get credit to access affordable and reliable energy to help improve their businesses and livelihoods.

Most solar companies have further enabled their customers to conveniently pay their installments through their phones, encouraging mobile money adoption and leading to a virtuous cycle of financial inclusion. For example, in Uganda, 16 percent of off-grid solar PayGo customers used mobile money for the first time to purchase their solar products.

The companies also include accessories such as bulbs, torches, mobile phones, and productive use technologies such as shavers, coolers, and irrigation pumps to improve their customers’ livelihoods further.

While evidence shows that the private sector can play a critical role in accelerating access and transitioning to clean renewable energy, it must be approached responsibly to protect consumers.

For this reason, GOGLA launched a Consumer Protection Code in 2019, sharing industry standards to which companies should adhere. This includes a focus on responsible sales and pricing, transparency, and fair and respectful treatment. So far, 76 leading off-grid companies and investors have signed up to the Code.

"Consumer Protection is at the heart of the PayGo model - what's good for consumers is good for companies. A growing number of companies have made a commitment to the GOGLA Consumer Protection Code, and we know that PayGo products are making a demonstrable impact by bringing energy access and energy-adjacent services to off-grid communities - with more than 90% of customers reporting improved quality of life, " says Rebecca Rhodes, Senior Project Manager Consumer Protection, GOGLA.

Access to finance is a key barrier to accelerating clean energy access in Africa. This calls for all actors in the renewable energy space  - from governments, donors, the private sector, and civil society, to work together to unlock innovative technological and financial solutions. Policy reforms and regulations are needed to create conducive environments for such partnerships to flourish and light up and power Africa.