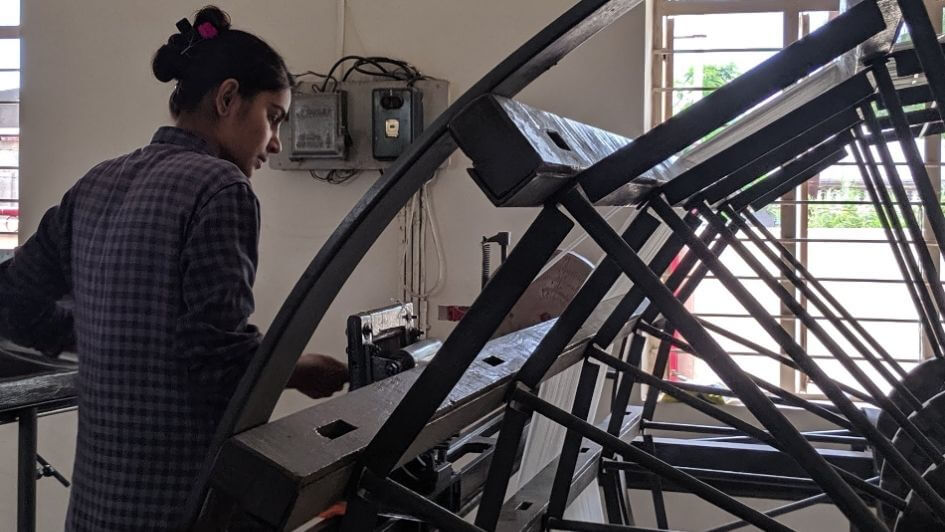 Despite being a US$ 50 billion market and an opportunity to increase incomes for rural communities in India, solar-powered productive-use appliances -- for tailoring, food processing, carpentry and others -- are still unable to access end-user finance and therefore unable to scale, according to a new report.

The report, Financing Solar-Powered Livelihoods in India, by CEEW, in collaboration with SELCO Foundation and Good Energies Foundation, found that simply extending loan tenures made a big difference to end-users’ ability to repay. But, financial institutions were either unaware of the market opportunity, or thought it was too risky and not able to produce commercial returns from lending.

“Despite the importance of reliable energy access for the mechanization of rural economic activities, in our interviews with financiers across the board, almost no one placed energy in this context. We also realized the aspect of drudgery reduction through mechanization was given a lower priority over immediate economic outcomes, whereas development theories have emphasized on time poverty and drudgery as notable barriers to human development. I hope this report is able to bring these converging ideas to the attention of policymakers, to enable a conducive financing ecosystem for rural livelihoods”, says Sasmita Patnaik, one of the authors of the report.

The report analyzes two types of enterprises: tailoring and digital services (printers, copiers, computers), known as Lok Seva Kendras. Interviews with over 300 entrepreneurs using DRE-powered appliances found that those who were paying close to half their incomes on loan repayment were finding it increasingly challenging to sustain this level of pay-out. In such cases, extended loan tenures could increase the feasibility and ease of repayment for the entrepreneur and reduce the likelihood of defaulting on the loan, with a marginal impact on the economic viability.

The entrepreneurs saw an average increase of about INR 20,000-25,000 in annual income after switching to solar-powered appliances, with an average pay-back period of 11-15 months. Over 60% were able to repay their product loans from their increased incomes.

From the financiers’ perspective, there is a fair level of skepticism around the commercial viability of solar-powered appliances, largely due to lack of awareness and a perceived unreliability of the technology.

“While conducting interviews with stakeholders across financial institutions we realized that for most financiers productive use of DRE was a fairly new concept”, says Shaily Jha, one of the authors of the report.

There are also concerns regarding the cost of evaluating and recollecting loans. Most loans range from INR 30,000-80,000, making them small loans with relatively high administrative costs for banks. In addition, the lack of adequately trained capacity in rural areas to assess the viability of new technologies and business models, and the absence of collateral and credit histories for first-time borrowers is a big concern.

“Among other things, the report fills in a major evidence gap on the commercial viability and loan repayment performance of existing solar-powered livelihoods. I hope this would help boost financiers confidence in lending for such solutions to even first time entrepreneurs who struggle to furnish a collateral or credit history”, says Abhishek Jain, Senior Program Lead, CEEW.

The report provides evidence from the financial performance of micro-entrepreneurs in Karnataka which shows that there is a significant increase in income after the installation of solar-powered appliances. As a result, despite the high upfront costs of these appliances, entrepreneurs are able to repay their loans. This helps alleviate some of the concerns that financiers have when lending to new entrepreneurs.

An analysis of existing government policies that target various categories of businesses and individuals to identify the scope for support towards solar-powered livelihood appliances revealed that while there are schemes supporting technologies for income generation, their guidelines do not explicitly include solar-powered appliances and the value of such support does not account for the higher upfront cost of these products.

The report recommends a comprehensive approach including increased awareness around solar-powered livelihood technologies and their economic value, technology improvements and enhanced after-sales services of appliances to help reduce financiers’ risk perception, capacity building of users, and policy support through the evolution of schemes. Targeted support of funds for DRE-enabled livelihoods, alternative and innovative loan collection mechanisms for frequent and flexible repayments, and adequate market linkages will help boost rural livelihoods and increase incomes.

See Also
Road to India's Rural Energy Goals Goes Through its Cities Women's energy entrepreneurship has the potential to address SDGs Improved access to finance can boost electricity access for rural healthcare in India Over 1/3 households in rural Jharkhand dissatisfied with grid supply: report 4 insights on what’s next for India rural electrification