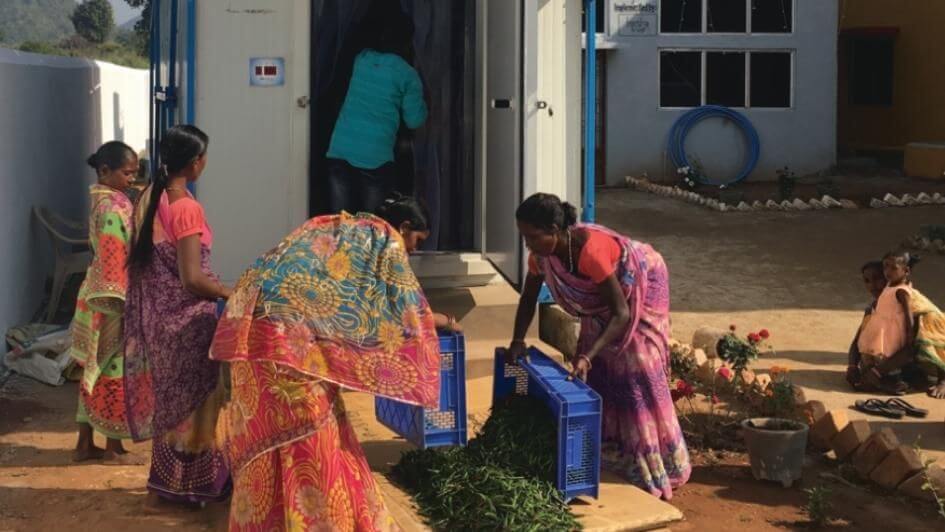 India bounces back post pandemic, but women's participation is at an all-time low in the sector

Power for All presents the second edition of the Powering Jobs Census and notes that India is set to see gains in employment in the next two years, while facing challenges in rural and peri-urban areas.

New Delhi, India, September 27, 2022 – Power for All, the global initiative to end energy poverty, today released its second Decentralized Renewable Energy (DRE) jobs report. The industry’s most comprehensive employment research shows that increased demand for DRE solutions continues to create thousands of formal and informal jobs and the sector is becoming a major employment engine, especially in remote rural areas in emerging and developing economies where poverty and unemployment levels are high. In addition, it is helping achieve universal electricity access while supporting the world’s transition to clean energy.

In light of this promising data, the report calls for concerted efforts from all stakeholders in the public, private, and non-profit sectors to rally in support of DRE, by ensuring the necessary human capital needed for today and tomorrow is in place.

According to the global report, the DRE sector is a large contributor to job creation, with the potential to create direct employment for nearly half a million people globally by 2030. The jobs in the sector showed great resilience in the face of COVID-19 as they bounced back in 2021 and surpassed pre-pandemic levels in most of the study countries.  In India, the story is no different, the DRE market showed a strong rebound from COVID-19, with levels of  employment expected to gradually turn around and achieve pre-pandemic levels of employment by the end of the year. In 2023, the India  DRE workforce is expected to grow to nearly 90,000.

The Power for All’s “Powering Jobs Census 2022: The Energy Access Workforce'' report provides a comprehensive overview of employment in the DRE sector, including skill levels, training opportunities, compensation, participation of women and youth, and job retention. It is based on a survey of more than 350 companies and numerous focus groups across five countries: Ethiopia, India, Kenya, Nigeria, and Uganda. The survey collected employment and sales data from 2019 to 2021 as well as projections for 2022 - 2023.

The pandemic, and other factors such as supply chain disruptions, conflict and foreign exchange (forex) shortages, contributed to the decline in direct employment in 2021.

Among the five countries surveyed, India has the lowest share of women in the workforce in the DRE sector.

India has the highest share of skilled workers and provides the most training among the countries studied. It demonstrates that the future DRE workforce will likely be increasingly skilled as the sector matures and adopts more advanced technologies, making reskilling critical to DRE growth. However, many DRE companies  surveyed indicated that there are critical skills gaps that need to be addressed through upskilling, including sales, installation, and after-sales services.

The growth and resilience exhibited by DRE in this report strengthens the case for increased support from government and development partners, to not only achieve elusive universal energy access, but to tap into its job creation potential to accelerate rural development and poverty reduction efforts. As the world continues its transition from fossil fuels to renewable energy an increasingly skilled workforce will be critical.

In addition to the India report, the global report and individual country reports will be published to provide unique insights into the DRE job and skill trends in each focus country. Visit Power for All to learn more.

Power for All is a global coalition accelerating the end of energy poverty by scaling distributed renewable energy solutions. The campaign represents more than 300 business, finance, and civil society organizations focused on decentralized renewables, including household and business solar, mini-grids and productive use appliances.

Powering Jobs Census 2022: The Energy Access Workforce was made possible by GET.invest, Good Energies Foundation, The Rockefeller Foundation, Power for All, and its #PoweringJobs partners.

*GET.invest is a European programme that mobilizes investments in renewable energy, supported by the European Union, Germany, Sweden, the Netherlands and Austria.

Power for All: “With DRE recovering from pandemic impacts faster than the broader economy its promise is clear, however significant challenges remain,” said Kristina Skierka CEO, Power for All. “Energy regulations biased towards traditional, centralized grids need to be overhauled, foreign investment encouraged, and structural issues like access to foreign capital and licensing restrictions resolved in order to grow DRE jobs and realize the sector’s full potential.”-Kristina Skierka,CEO,Power for All

World Resources Institute India: “The Powering Jobs Census –  is an invaluable evidence-based tool to monitor and evaluate the reach and extent of jobs in the Distributed Renewable Energy (DRE) generation sector. For example, we now know that the entrenched gender gap in the rural job market appears to have carried over to the DRE sector. India appears to fare poorly, with only 20 percent women employed in the DRE sector, while in Nigeria nearly half (45 percent) of those employed are women and in Kenya, it is over one-third (35 percent). - Bharath Jairaj, Director, Energy, World Resources Institute India.

My Hydrogreens: The Powering Jobs Census indicates that the DRE sector will be critical to India achieving its lofty renewable energy targets. To realize its promise, industry and ecosystem players must work together to create a sustainable pool of talent. Thanks to Power for All and its partners for this research, which will be invaluable in orienting those efforts  As the public adopts DRE systems, new service opportunities are created for which there is no formal university training or talent pool. In such cases, it requires the industry and ecosystem players to mobilize key stakeholders to help create a sustainable pool of talent. Powering jobs is one such endeavor. We thank them for their work and look forward to championing power for all. -Vasanth Kamath,  CEO and Co-Founder, My Hydrogreens.

Linkedin profile for Power for All: https://www.linkedin.com/company/power-for-all