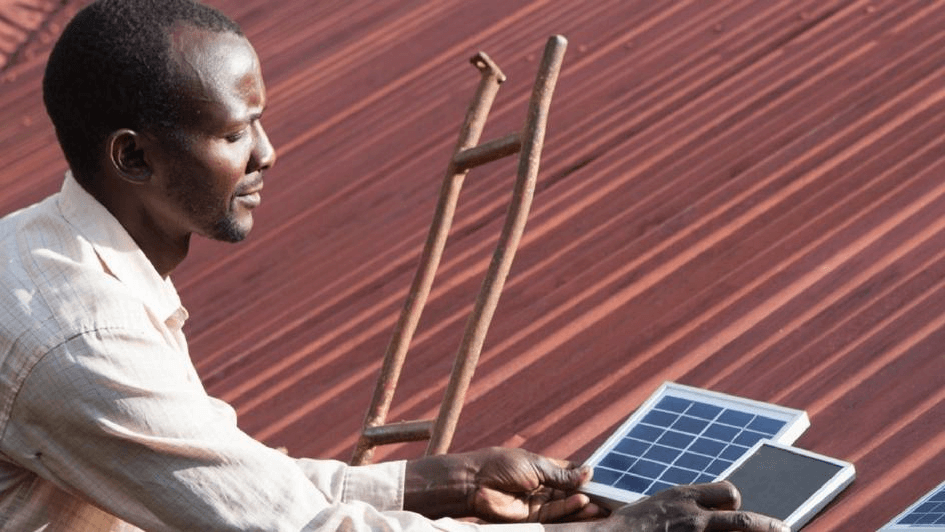 Mombasa, 21 October 2022. The Decentralized Renewable Energy (DRE) sector in Kenya has shown a strong rebound from COVID-19 and continues to create good and stable jobs while delivering clean and affordable energy to the 25 percent of the population living without access to electricity, a majority of whom are in remote rural areas.

According to the Powering Jobs Census 2022: The Energy Access Workforce Kenya report, the country’s DRE sector which includes pico-solar appliances, solar home systems (SHS), and commercial and industrial (C&I) standalone systems, created over 48,000 jobs in 2021 which are projected to reach 58,000 in 2023.

The country lost almost 3,000 DRE jobs over 2020 and 2021, mostly as a result of declining SHS sales during the global pandemic and accompanying economic downturn and supply chain disruptions. SHS sales are expected to bounce back by 2023,  creating more employment opportunities.

The study by Power for All, the global campaign to end energy poverty, in collaboration with various partners in Kenya,  examined the labor market for the DRE industry in five countries -Ethiopia, India, Kenya, Nigeria, and Uganda.

It was made possible through the generous support of The Rockefeller Foundation, Good Energies Foundation, and the European Programme GET.invest and surveyed more than 350 companies across the five countries.

Of the five countries studied, Kenya ranked second to Nigeria in terms of post-pandemic recovery and DRE job growth. The sector is expected to bounce back to its pre-pandemic employment numbers by the end of 2022, with total jobs projected to reach 53,000.

Kenya currently ranks fifth in electricity access in sub-Saharan Africa, with 75 percent of its population having access to electricity in 2021—up from 36 percent in 2014 thanks to the growth of both grid-powered and solar-powered homes.

In 2007 to address this issue, the Government of Kenya created the Rural Electrification Authority which aims to accelerate universal access to electricity through grid extension and the deployment of DRE technologies.

“The report findings demonstrate the viability of the DRE sector to help accelerate the country’s universal energy access agenda while addressing the high levels of unemployment, especially in rural areas,” says Anand Pathanjali, Power for All’s Campaigns and Partnership Manager.

Kenya is the most developed DRE market in sub-Saharan Africa, accounting for more than a quarter of the total annual sales of SHS products in the region. As the sector matures, large-scale C&I and mini-grid systems are expected to become increasingly important and major job creators.

However, this growth is likely to be stymied due to the  country’s ban on mini-grid development within a 15 kilometer radius of the national grid.

Increase of Women in the DRE Workforce

Of the five countries surveyed, Kenya leads in the integration of women into the DRE workforce with 41 percent of the employees being  female. This was a significant increase from the Powering Jobs Census 2019 data, in which the participation rate for women was 23 percent.

On the other hand, the sector is behind the national average of 49 percent calling for increased efforts to bring more women into the sector and in more meaningful positions.

According to the survey, there was also a sizable gender pay gap in the Kenyan DRE sector with women in the sector earning, on average, 78 percent less than their male counterparts.

Building Skills to Support Growth of the DRE Sector

While Kenya has already made significant strides in attracting private investment for renewable energy projects, the Kenyan Government must continue supporting the development of DRE technologies to meet increasing electricity demand. Relevant policies should aim for an integrated energy sector that leverages the benefits of both on-grid and off-grid technologies.

The Powering Jobs Census 2022 coordinated and led by Power for All is part of the #PoweringJobs campaign.

Power for All
Power for All is a global coalition campaigning to accelerate the end of energy poverty by scaling distributed renewable energy solutions. The campaign represents more than 300 business, finance, and civil society organizations focused on decentralized renewables, including household and business solar, mini-grids and productive use appliances.

About GET.invest
GET.invest is a European programme which supports investments in renewable energy. The programme targets private sector business and project developers, financiers and regulators to build sustainable energy markets in developing countries. Services include finance access advisory, market information, a funding database, and matchmaking events. The programme is supported by the European Union, Germany, Sweden, the Netherlands, and Austria, and works closely with initiatives and business associations in the energy sector.