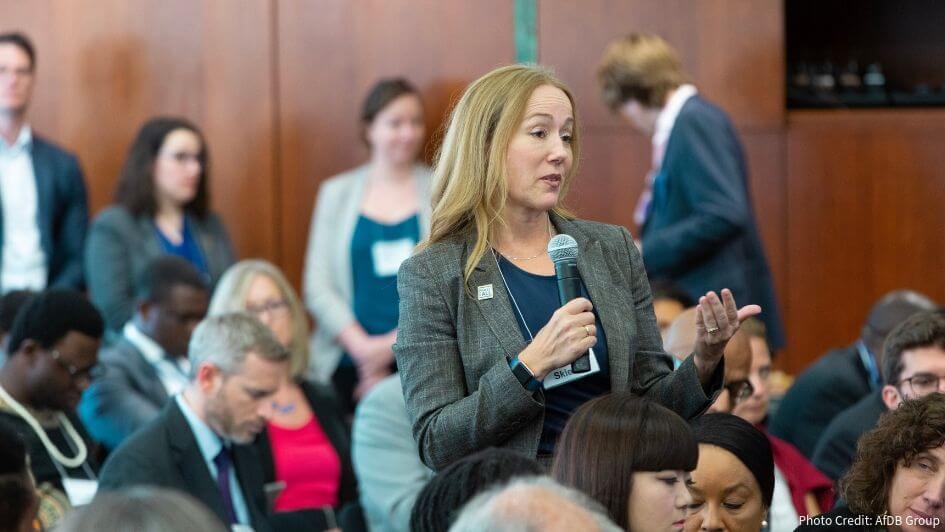 Power for All research team spreading the word

Power for All Platform for Energy Access Knowledge (PEAK) manager Monkgogi Otlhogile joined a group of over 300 leaders from over 44 countries in Cape Town for the Financing the Future: The Global Climate Divest-Invest Summit. A major need echoed during the summit was that of timely data and Power for All was excited to be a part of the Renewable Energy Market Place to demonstrate and disseminate the wealth of data the PEAK team has curated about decentralized renewable energy (DRE) solutions. PEAK recently celebrated its 1 year anniversary, highlighted by the launch of the Powering Jobs Census 2019 and Utilities 2.0 report.

Meanwhile, our Chief Research Officer Dr. Rebekah Shirley attended the 2019 Africa Smarter Mobility Summit in Pretoria, South Africa where she spoke about the economic and social impact of transitioning to cleaner mobility and the future of Electric Vehicles (EVs) by 2020 and presented her research on how electrified transportation could benefit local utilities. A dramatic move away from Internal Combustion Engine (ICE) vehicles is expected to happen and by 2025 only plug-in electric vehicles are likely to be sold. Shirley was also honored to host an Innovation Pitch Competition, where local entrepreneurs across southern Africa pitched their startups to a panel of judges.

Dr. Shirley also joined Josh Ogada, the head of knowledge management at SouthSouthNorth in a webinar hosted by the Africa LEDS Partnership, where she shared findings of the Powering Jobs Census, which analyzes the current and future DRE workforce landscape, from employment estimates to skills needs.

At the UN Climate Week Summit in New York, our CEO Kristina Skierka joined The Rockefeller Foundation’s official launch of the Global Commission to End Energy Poverty (GCEEP), driving a new agenda to provide electricity to hundreds of millions in pursuit of the UN’s 2030 Sustainable Development Goal 7. The Commission intends to forge a robust, actionable consensus that lays out viable pathways for accelerating energy access quickly and cost-efficiently. Power for All COO Matthew Tiedemann also attended the launch of SELCO Foundation’s Global Ecosystem Hubs as well as the CSIS Engaging India’s Electrification Agenda event. 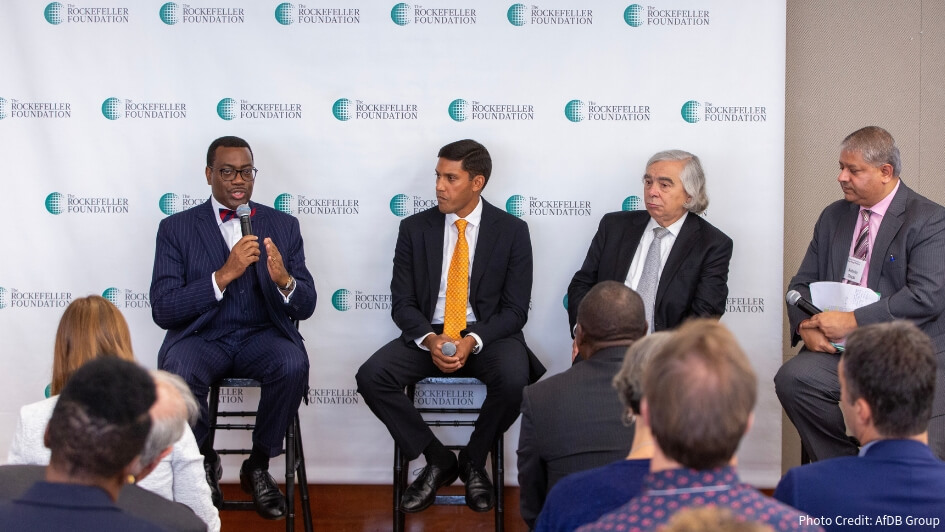 Power for All will be participating in the International Renewable Energy Conference in Seoul in late October. Our head of partnership and communications William Brent will be speaking in two sessions: one about the future of utilities and one about the socio-economic benefits of energy access. He will also join Global Green Growth Week for a session on Inclusive Renewable Energy Transition and Generation of Jobs.