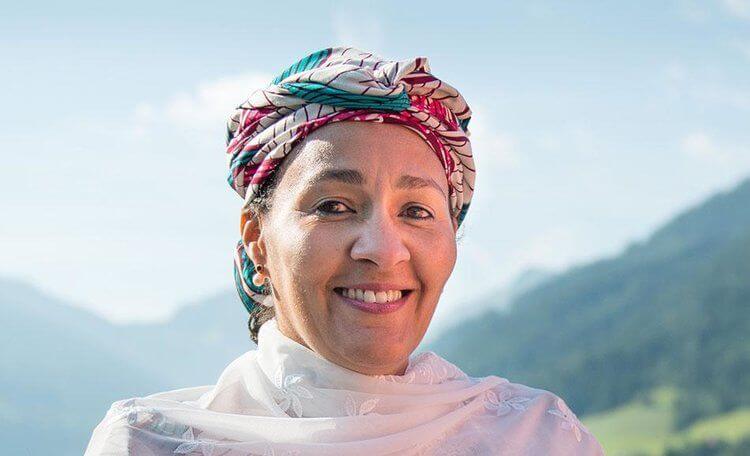 No influencer is an island. It takes leadership across a sector to create a movement for change. Given the wealth of stakeholders who play key roles in the decentralized renewables sector, this list is by no way exhaustive, but it highlights a few of the individuals and organizations that will help to shape 2017.

Driven by the very real impact that global warming has had on her home in Nigeria’s Northern state—where droughts have led to the loss of 350,000 hectares of land each year, seen Lake Chad shrink by over 90 percent, contributed to the rise of Boko Haram and driven two million people from their homes—Amina Mohammed has been dubbed a ‘Climate Warrior’ at the front line of action. Now the Nigerian Environment Minister has recognized the role of decentralized renewable energy (DRE) as a tool in her arsenal. At COP22, Mohammed announced that 2017 would see the country’s first green budget, and its first sovereign green bond—with off-grid and mini-grid solar recognized as a great investment opportunity for the country. With the adoption of the SEforAll energy access framework and upcoming mini-grid policy, Nigeria is making positive strides towards their INDC commitment to create 13GW of off-grid solar power by 2030. This month, Mohammed also banned ‘dirty diesel’ imports into Nigeria, halting years of European exports of diesel 300 times more polluting than fuel permitted for use in OECD countries. And the news wires are also buzzing that the minister is tipped for a role as UN Deputy Secretary General… so her influence could be even more global.

At Power for All, we believe that with political will and passionate leadership, rapid and catalytic change follow. In Sierra Leone, the importance of energy was put into stark relief during the devastating Ebola crisis. Health centers without power, and homes without lighting slowed efforts to contain the virus, and a lack of energy has hindered the country’s recovery. As Sierra Leone rebuilds, Energy Minister Henry Macauley has turned to decentralized renewables to ensure the country does not have to wait for energy access, and made ‘modern energy for all by 2025’ the flagship goal of the Sierra Leone Energy Revolution. Since May, the Minister has entered into the first ever Energy Africa compact with the UK Department for International Development, overseen VAT/tariff elimination and a ‘Green Lane’ fast track at customs for quality decentralized solar products, helped drive an innovative pilot finance program for solar home systems, united all 149 local Chieftains behind the initiative and walked the streets from Freetown to Bo, to talk to shopkeepers, distributors and the public about targeted actions to drive energy access. The scene has been set for big impact—and modern energy for 250,000 households—in 2017.

The UK Department for International Development’s (DFIDs) £43 million Africa Clean Energy program, launching in 2017, will be by far the largest program supporting the solar home system market so far. The program will provide finance and technical assistance to businesses, and policy advice to governments to create an “enabling environment” in 14 African countries over four years. If successful, the program will significantly reduce costs for businesses. For example, through reducing VAT/tariffs, building consumer demand, and improving access to finance. The fund builds on DFID’s Energy Africa work developing Policy ‘Compacts’ with a number of African governments, which outline jointly agreed steps to take in support of markets delivering energy access.

The newly launched, China-based ‘Green Bank’—with a budget of $100 billion—set out its “AIIB Energy Strategy: Sustainable Energy for Asia Issues Note for discussion” in October this year with a focus on renewables and a clear expression that DRE is key to increasing modern energy access (almost half a billion people in Asia still live without electricity). In the draft strategy, the AIIB also sets out its aim to combat “the negative health impacts caused by indoor combustion of solid fuels”. Yet, in the 12 pages of the document there is only one specific mention of DRE, the organization’s sixth largest member has called for the inclusion of coal and nuclear,none of the approved or proposed projects yet have a decentralized renewables focus and the strategy notes that due to a lack of knowledge and capacity the AIIB will need to lean on the skills and experience of other Multilateral Development Banks as allocates its funding - which leads neatly onto...

New appointments at the African Development Bank and World Bank in key energy and infrastructure positions get both Amadou Hott and Riccardo Puliti on our ‘ones to watch’ list. While both have strong backgrounds in on-grid energy, these Vice Presidents need to show strong leadership to elevate DRE lending and program development within their institutions, and to champion revisions in the institutional structures and incentive systems that currently reward large scale, business-as-usual energy investing. As of 2014, none of the multilateral development banks (MDBs) invested more than 2 percent of their energy portfolios in DRE. This year, Power for All and its partners from across the industry—who have helped millions gain access to clean energy services—called for action by MDBs to increase their support for DRE to accelerate energy access, and petitioned both the AfDB and World Bank Presidents to appoint individuals that would disrupt business as usual at their institutions—enabling new partnerships and business models. In 2017, we’ll find out if they do.

Less than a year after its announcement, more than 20 countries have signed a Framework Agreement for the International Solar Alliance (ISA), which will take the shape of a separate international treaty once it is operationalized. The ISA plans to sign up many more countries, mobilize $1 trillion and set up 1,000 GW of solar capacity across the world to help people gain access to clean electricity. ISA has also earmarked $300 million in global credit for solar deployment, and set aside 10-15 percent of its lines of credit for solar projects in Africa, with a focus on solar irrigation. Although not yet an official member, the United States has said it intends to join the ISA and to jointly launch an off-grid focused ‘third initiative’, but with all eyes on the incoming US administration, what happens with the initiative may take a few twists and turns in the new year.