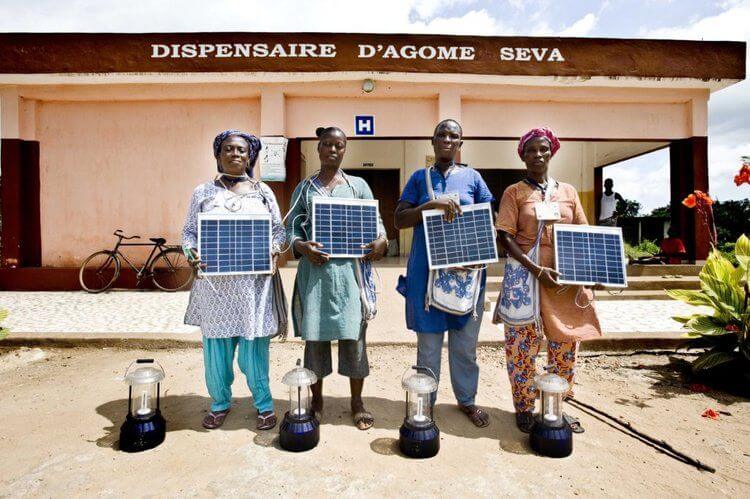 In 2017, the African Development Bank (AfDB) will hold its annual meeting in India for the first time. The AfDB has targeted 75 million decentralized renewable connections in its plan to achieve universal energy access by 2025, while India has its sights on 40 GW of rooftop solar and 10,000 mini-grids in its bid to achieve “24/7 Power for All” by 2019. Imagine the learnings that the two have to share. Next year, also sees the International Solar Alliance (ISA) hit its stride, bringing together 20+ countries with a major focus on energy access through decentralized solutions, and opportunities for cross-learning are bolstered further under the Paris climate agreement plans for regional partnerships and technology transfer—a key to the low carbon transition.

But, as Aditya Ramji, Programme Lead at India’s Council on Energy, Environment and Water, explained: “The two regions with probably the biggest DRE potential—Africa and India—don’t yet have any public platform for knowledge sharing in this sector. It is not there at the government level, not there at the practitioner level, and not there at the institutional level... Why would we reinvent the wheel when there is so much we could share, and learn from?”

Opportunity abounds, yet a lot of work is still needed to build the networks and platforms that will enable the rapid transfer of hands-on knowledge at all levels. While cross-learning can often be overlooked due to competing time and resource pressures, Power for All’s own experience bringing financial experts, policy-makers and entrepreneurs together validates the strong case for making it happen. In the last six months, by convening peer-to-peer networks, our work led to a first-of-its-kind pilot financing scheme for household solar in Sierra Leone, to lessons from the Kenyan market being incorporated into the draft Zimbabwean Rural Electrification Policy, and to data from the Platform for Energy Access Knowledge (PEAK)—a research portal that will be open sourced next year—being used to change the narrative around DRE with key influencers in multilateral development banks. The Global Off-Grid Lighting Association, Off-Grid Solar Investment Academy, held at the Unlocking Solar Capital event in Nairobi last month, meanwhile, uncovered the deep demand for more sector knowledge by investors from around the world. Perhaps not dedicated platforms for DRE knowledge sharing yet—but clear sparks of potential that will be fanned in 2017.

Shoots of activity are also growing at the practitioner level. The ECOWAS Renewable Energy Entrepreneurship Support Facility, launched in 2015, not only provides support to West African entrepreneurs, but now counts the SELCO Foundation, an Indian decentralized solar company, as one of its technical support experts. SELCO Foundation is also working with local partners to launch pilots in Tanzania and Nigeria next year, which will address gaps in DRE finance, technology and capacity building, as well as stimulate the creation of local African entrepreneurs. And the learning will be a two-way street. “By working with local partners and incubators, SELCO also seeks to learn about replicable models and processes that will be relevant for energy access provision in different contexts within India,” explains Surabhi Rajagopal, a Principal Analyst at the Foundation. Barefoot College, another Indian organization is also extending its operations next year. Having already trained women from 72 countries to become solar engineers, the college will open six dedicated training centers in Africa.

From an impact perspective too, more data sharing is on route. 2017 will see Acumen launch its Energy Impact Series showcasing multi-country insights from the organisation’s Energy Lean Data project—including data on solar lights, solar home systems and mini-grids—as well as upcoming research from across the sector. The Series will include findings on the links between lighting access and poverty by ETH Zurich, the health impacts of indoor air pollution by UC Berkeley, Stanford's research in Zambia into the educational impact of solar lighting, and 'energy ladder' insights from a UNCDF/Humboldt study in Uganda.

If these growing shoots and global stars align, 2017 will become a year of targeted action.

Will the AfDB annual meeting in India lead to big changes for knowledge sharing and collaboration? “Absolutely, if we can get the AfDB and African and Indian partners to look at this as an opportunity—and this becomes an agenda point every time there is an AfDB summit—it could be a potential game-changer,” noted Ramji.

Please note: Cross learning will be a major focus for Power for All in 2017. If you’re interested in getting involved in our work, please let us know. Or if you are already engaged in cross learning and want to highlight your work, we’re all ears.