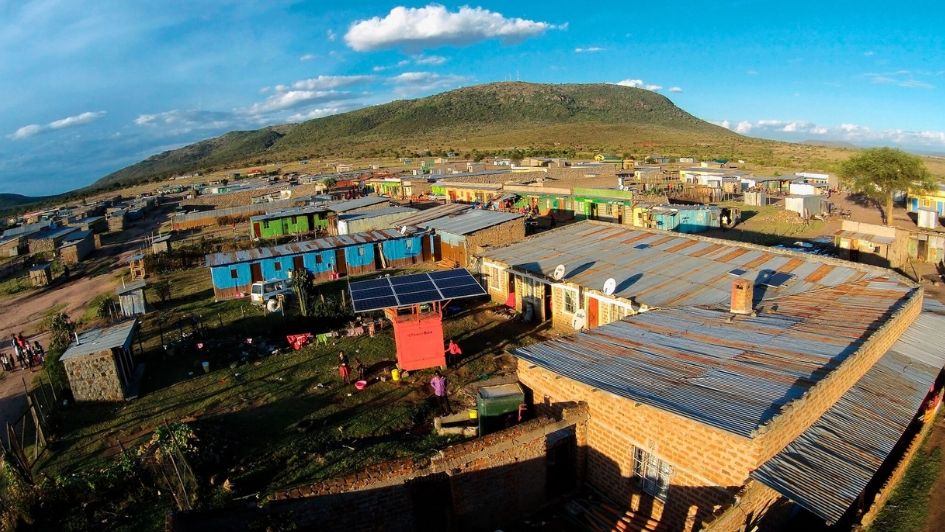 Michaël Aklin, Assistant Professor at University of Pittsburgh and Director of Energy Access Research at ISEP

The deployment of off-grid electricity is one important pathway toward reducing energy poverty. Off-grid technology can meet basic needs at an increasingly affordable cost and, when powered by renewable sources, in a clean manner. Yet until recently, we knew little about the current state of affairs: how much capacity do off-grid systems currently provide? And where? New data from International Renewable Energy Agency (IRENA) sheds light on these questions and shows tremendous—but uneven—growth in global off-grid capacity.

IRENA painstakingly put together a large database on renewable electricity deployment, both on and off the grid. These data tell an important story. As of 2017, over 6 gigawatts (GW) of capacity from renewable-powered off-grid systems have been deployed across the developing world. To situate this number, a typical nuclear power reactor has a capacity of about 1 GW. In other words, over the last decade or so, the equivalent of six nuclear reactors have been installed across the developing world.

The pace of deployment is also noticeable. In 2008, the first year for which the data are available, only 2 GW of capacity had been installed. Since then, the growth rate has been in double-digits more than half the time. On average, capacity increased by 15% on a year-to-year basis.

These numbers mask considerable variation across regions and countries. Figure 1 groups countries by regions and shows that the bulk of deployment happened in East and South Asia. By contrast, Sub-Saharan Africa has not yet reaped the benefits of off-grid power. 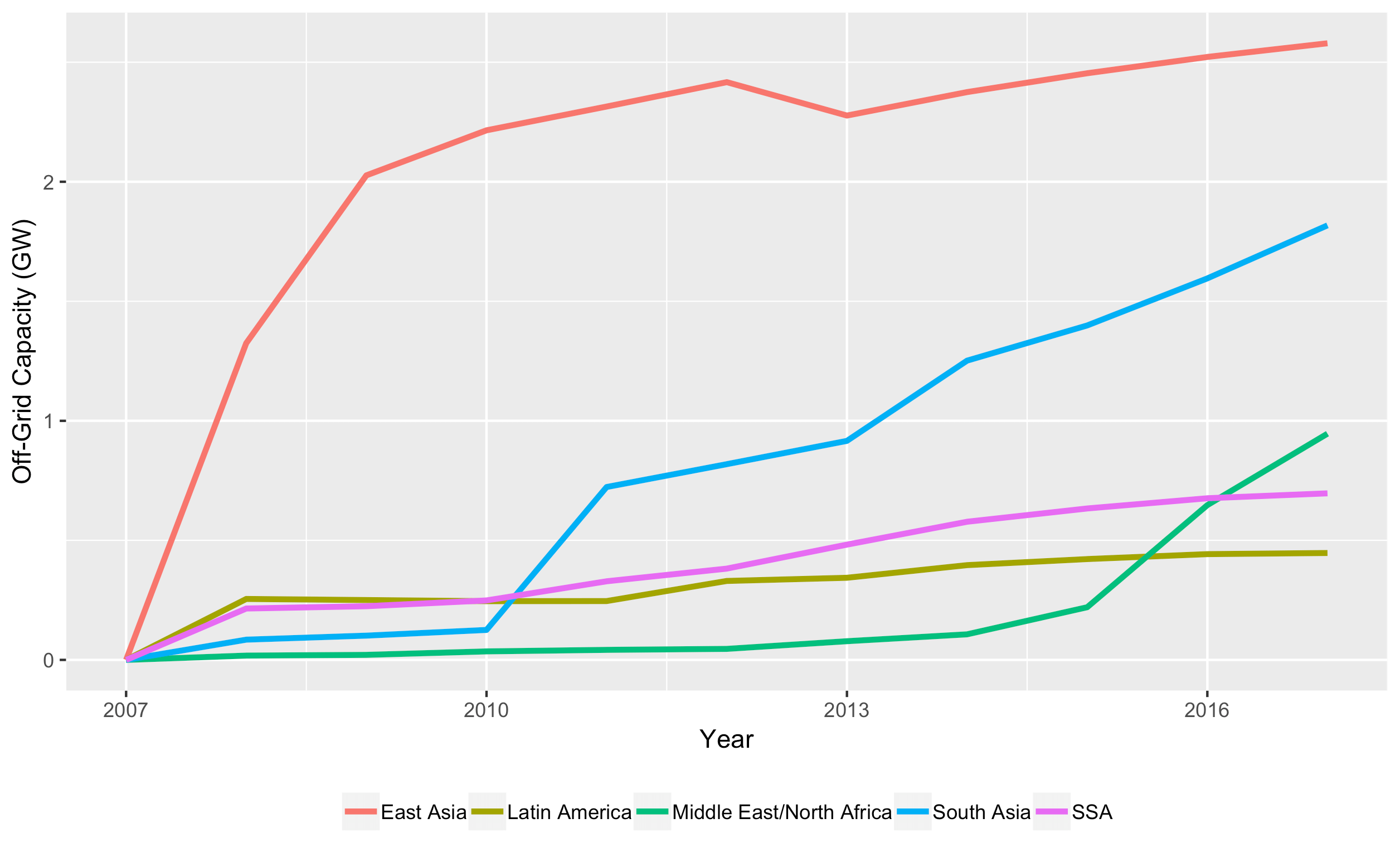 Uneven deployment becomes evident when we look at the data on a country-by-country basis. Figure 2 maps off-grid, renewable capacity in 2017. Countries are divided in four groups: the bottom 25%, 25–50%, 50–75%, and the top countries (75% and above). Darker shades indicate more off-grid capacity.

Table 1 shows the top-5 in terms of total capacity; Table 2 does the same with capacity per million inhabitants. Some of the heavy-hitters are unsurprising: China and India together represent about one-third of all capacity. Given their size and interest in off-grid, this may not be surprising. But other leaders were perhaps less expected. Indonesia for instance is estimated to have deployed over 1 GW of capacity. War-torn Yemen is also believed to be part of the top-5. Beyond these global leaders, Central and East Africa are making progress. Ethiopia installed about 160 MW, while the Democratic Republic of Congo ranks 11th worldwide with 110 MW.

Of course, we should study these numbers with critical eyes. While they rely on generally trustworthy sources (such as national statistical offices), it is hard to know exactly how many micro-grids and other off-grid devices are effectively used. Nevertheless, with this caveats in mind, the path of off-grid electricity has been generally been upward-trending at the global level. But it has been an uneven success and off-grid has occasionally suffered from setbacks. The natural follow-up question is: where has it been most successful? And why?