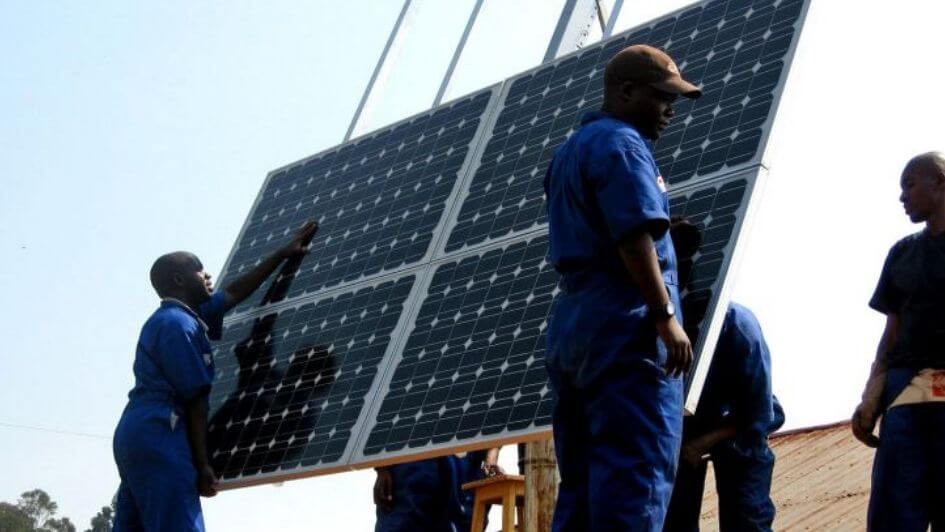 Commercial and industrial customers to accelerate the energy transition in Africa

Commercial and industrial off-takers might become the main driver for the energy transition in Africa. This is in-line with the global trend that more and more commercial and industrial off-takers integrate renewable energy solutions for powering their sites. Renewables address three different issues: First, making energy greener. Second, reducing costs. Third, in combination with storage, they can also make the electricity supply more reliable.

Drivers are mainly corporate sustainability efforts by large international groups and energy cost reductions. A couple of years ago these hybrid projects often came without any storage solutions. This is changing at the moment and always for running the overall system more efficient and for increasing the share of renewables in the hybrid power plant. Depending on the load curve, solar irradiation and related factors such as seasonality solar without storage do not allow for replacing much more than 15-25% of the diesel consumption. With battery storage, this number can be increased considerably. These hybrid solutions with storage will help to tackle in the next phase a problem that is common in many African countries: a reliable supply of power. In this phase, renewables plus storage will even contribute more to prosperity. Reliable access to electricity will contribute to the growth of many developing countries in Africa and beyond. To make this solution more mainstream storage prices need to come down more and the supply chain will be more efficient.

On the business side, things are developing even quicker. Companies often have the choice of investing their own capital or buying electricity from an independent power producer. In developing countries, commercial and industrial off-takers are often seen as more reliable partners than state-owned utilities or government. For a long-term power purchase agreement, two factors are deemed critical. The expected remaining lifetime of an off-taking facility. For instance, the mining sector would be ideally suited due to the remoteness of their operations that adds to higher diesel costs when diesel has to be transported on-site. In addition, miners have huge energy demand. It is a surprise that many renewable energy players target the mining sector. The lifetime of mines is however limited or not obvious. Miners are used to buying diesel with relatively short-term contracts and struggle to commit to a long-term power purchase agreement. This mindset is changing due to relatively short payback periods for adding solar at remote mines and especially due to pilot projects that have been realized successfully during the last years.

Renewables for commercial and industrial customers can be an anchor for electrifying surrounding villages. In India, OMC has been pursuing this approach with the support of The Rockefeller Foundation for years. Recently, telecommunication companies seem to see the economic potential and jump to the driver’s seat. Orange is promoting its telecom towers in Sub-Sahara Africa as reliable off-takers that will enable rural electrification companies to develop mini-grid solutions jointly for towers and villages.

In Nigeria, through the Rural Electrification Agency (REA), the government recently inaugurated a 100KW solar power mini-grid power plant in Akpabom Community in Onna Local Government Area of Akwa Ibom State. “As an agency, we are responsible for powering unserved and underserved communities; therefore, it is fulfilling every time homes, businesses, schools, and medical centers are connected to sustainable solar power,” said former REA managing director and current chief executive officer (CEO) of Sustainable Energy for All (SEforAll) Damilola Ogunbiyi. The mini-grid was set up by GVE Projects, an off-grid supplier based in Port Harcourt, Rivers State, southern Nigeria.

Speaking in an interview with Power for All, the CEO of Distributed Power Africa (DPA) Norman Moyo said that his company had installed a 1.2 megawatt solar plant using panels on the carport and roof at Liquid Telecom’s campus and data center in Midrand, Johannesburg.  The installation of the solar panels builds on the relationship between DPA and Econet Group, Liquid’s parent company. Moyo further noted that DPA was now installing Tesla’s Powerwall batteries to keep Econet’s mobile phone base stations running in Zimbabwe where electricity outages are sometimes as long as 18 hours a day.

Dr. Hillig is a founder of the consultancy THEnergy.