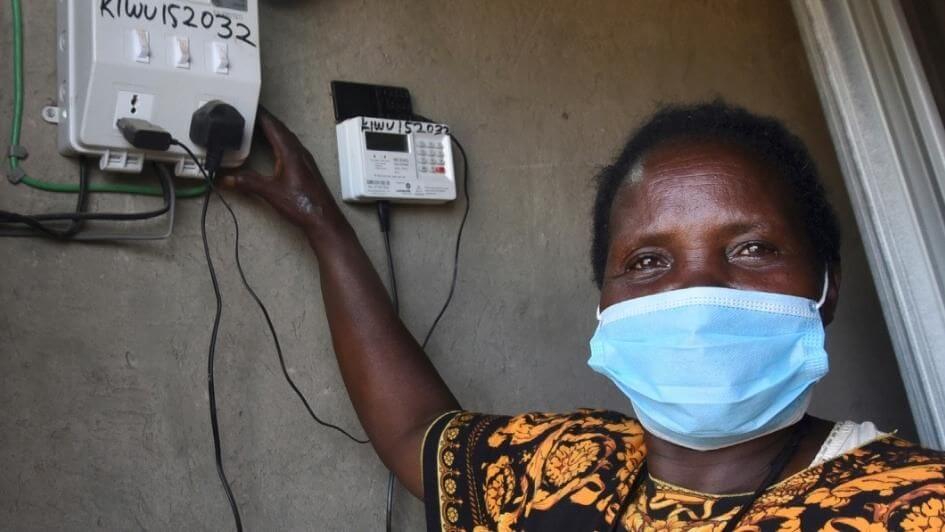 Power for All’s report shows that COVID-19 led to a drastic reduction in the sale of DRE technologies by nearly 20 percent leading to the loss of over 5,000 jobs

Kampala, Uganda 20 October 2022. The Ugandan decentralized renewable energy (DRE) sector has seen a 15 percent reduction in its employment workforce in the last two years due to COVID-19 and the measures put in place by the government. Furthermore, unless market conditions improve, employment creation is expected to remain stagnant with no additional jobs until 2025.

This is according to the Powering Jobs Census 2022: The Energy Access Workforce Uganda report launched today by Power for All, the global campaign to end energy poverty, in collaboration with Uganda National Renewable Energy and Energy Efficiency Alliance (UNREEEA).

The report—made possible through the generous support of The Rockefeller Foundation, Good Energies Foundation, and the European Programme GET.invest—is based on a survey of more than 350 companies across five countries: Ethiopia, India, Kenya, Nigeria, and Uganda.  It focuses on the DRE employment landscape, labor market features, and workforce profile.

The study found that Uganda’s DRE sector–which includes pico-solar appliances, solar home systems (SHS), and commercial and industrial (C&I) standalone systems–employed close to 30,000 workers in 2021, down from 35,000 in 2019, prior to the COVID-19 pandemic.

“The findings of this study can be used to raise awareness of the DRE sector’s potential for job creation and to spark conversation about how to train the workforce for energy access. As Uganda’s DRE market matures, so do the possibilities for employment generation within the sector,” says Kristina Skierka, Power for All CEO.

Currently, Uganda’s national electrification rate remains low. According to official sources,  only 57 percent of households in Uganda have access to electricity —with two-thirds of them depending on off-grid connections—and only 25 percent of the population have access to electricity for more than four hours per day. Limited access is more prevalent in rural areas where only a third of the population has access, compared to 70 percent in urban areas.

The Government of Uganda considers electrification a national priority and is at the core of its Third National Development Plan, which targets 60 percent access by 2025. However, connectivity to the grid for remote rural communities takes time and is costly. If the country relied solely on grid extension to achieve universal electrification, it would require about a fifth of the country’s annual GDP.

DRE can contribute to achieving Uganda’s targets faster, sustainably, and cost-effectively. Therefore, the stagnation of employment in the sector is not good news for the country’s efforts to achieve its development agenda.

“The private sector has been at the forefront of advancing DRE technologies which have contributed up to 38 percent of the current national electricity access rate of 57 percent. Therefore, the government must work closely with the private sector in order to achieve 80 percent electrification by 2040,” says Bernard Mbaine, Vice Chairperson, Uganda National Renewable Energy and Energy Efficiency Alliance (UNREEEA).

“Women are the most affected by lack of access to clean energy technologies since they spend most of their time at home and are exposed to indoor pollution from unclean cooking and lighting; therefore, women must be equally involved in DRE discussions and activities if we are to see the change that we want,” he adds

Covid-19 and the Economic Downturn

According to the report, the bulk of the jobs in the DRE sector was in the home solar systems sub-sector, accounting for 99 percent of the sector's employment.  With the other 1 percent going to both the mini-grids and commercial and industrial (C&I) systems.

The country’s economic downturn due to the pandemic and the stringent government lockdowns, led to a drastic reduction in solar home systems (SHS) sales by nearly a fifth, from 400,000 products sold in 2019 to 263,500, in 2021.

The loss of jobs was not unique to the DRE sector only. According to a survey by the Uganda Bureau of Statistics and the World Bank, Uganda’s employment rates dropped by almost 12 percent towards the end of 2021 compared to the pre-pandemic employment level in 2019.

In addition, the study found the participation of women in the DRE sector in Uganda was low at 28 percent, significantly lower than the country’s overall economy at 49 percent.  On a positive note, the sector is close to achieving pay parity between men and women employed in the sector.

According to the census, women in the DRE sector earn 96 percent of what their male counterparts earn. The highest pay gap exists for semi-skilled workers at 95 percent, and the lowest for women in top management roles at 98 percent.

The report highlights areas of potential intervention to develop the sector, including building the capacity of the DRE workforce. The study identified 12 key areas in which further training is required by Ugandan DRE firms. These include soft skills, such as communication, interpersonal skills, and time management, and hard skills, including installation and commission, marketing, maintenance, and project management. Installation and maintenance skills, necessary to support growth in larger scale mini-grids and C&I, were also highlighted by DRE companies as important focal areas for training.

Developing Uganda’s DRE sector will require concerted efforts from government agencies and the private sector. It will also need sound policies and adequate regulations to scale up the rollout of micro- and mini-grids.

The Powering Jobs Census 2022 coordinated and led by Power for All is part of the #PoweringJobs campaign.

About Power for All (www.powerforall.org)

Power for All is a stakeholder coalition campaigning to rapidly scale the deployment of decentralized renewable energy to achieve universal electricity access before 2030. Decentralized renewables, specifically solar appliances and systems designed for households, businesses, and productive use, offer the fastest, most affordable, and cleanest path to electricity access for all. Power for All brings together more than 300 business, finance, research, and civil society organizations to achieve that goal.

Uganda National Renewable Energy and Energy Efficiency Alliance (UNREEEA) is a not-for-profit organization that was incorporated 2015 as result of the private sector players in various renewable energy and energy efficiency technologies signing a memorandum of understanding to come under one umbrella body. UNREEEA avails a platform for consolidating the renewable energy and energy efficiency private sector wing as well as improving its business environment.

UNREEEA has the mandate to represent and coordinate renewable energy private sector actors. Our key action areas include skilling and knowledge Management; lobbying and advocacy for a better renewable energy business environment; promotion of partnerships and networking; holistic promotion of renewable energy and energy efficiency in order to increase energy access, fight climate change and promote sustainable development in Uganda.