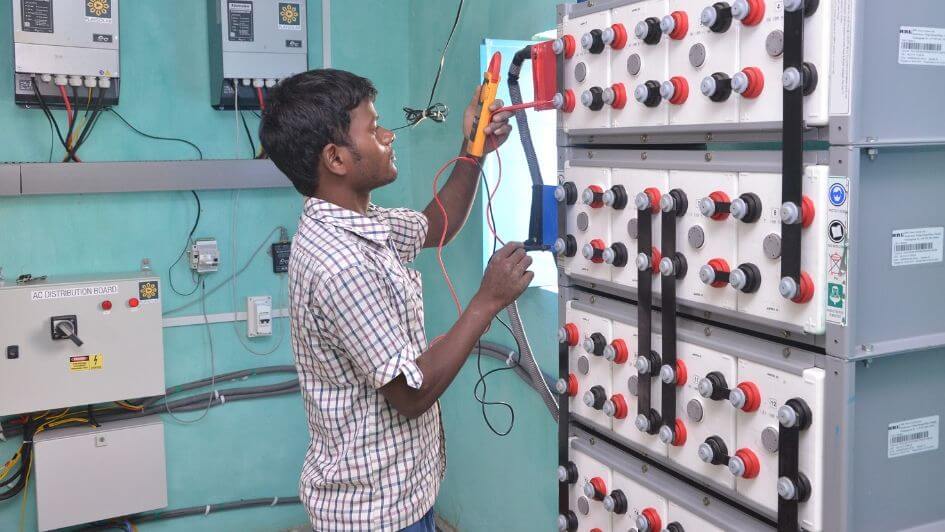 NEW DELHI, July 15, 2019 -- Today, the first annual jobs census measuring employment from decentralized renewables for rural electrification in India, Powering Jobs Census 2019: The Energy Access Workforce, was released by Power for All. The census aims to spotlight the energy skills and jobs needed to achieve Sustainable Development Goal (SDG) 7 ─ access to affordable, reliable, sustainable and modern energy for all.

Supported by Schneider Electric Foundation and The Rockefeller Foundation and timed to the United Nations review this year of SDG 8, or Decent Work, the census provides the most comprehensive data on energy access jobs created by decentralized renewable energy (DRE), including solar for home and business, green mini-grids and productive use systems such as solar water pumps.

The India census, for which the Council for Energy, Environment and Water (CEEW) were research partners, received responses from 37 companies in India across the DRE sector, including many major companies in the sector representing a large market share.

“Access to electricity means access to jobs,” said Power for All Chief Research Officer and census lead researcher Dr. Rebekah Shirley. “The Powering Jobs census offers strong evidence of the important link between energy access and employment in countries where rural joblessness is at record highs. Policy-makers, donors and the private sector have an opportunity to increase support for decentralized renewables and build a diverse, inclusive, and equitable workforce for the energy infrastructure of the future.”

According to government efforts like the Saubhagya scheme, at present, less than 20,000 rural households remain unelectrified. However, the quality, reliability, affordability, and short-duration supply of electricity continue to present challenges. In addition, the recent Periodic Labour Force Survey showed that the unemployment rate in India is at its highest since 1972, with rural unemployment up more than three times among men, and more than double among women. Continued demand for more reliable and higher quality power, along with the government’s continued support for the expansion of DRE technologies, has created a large market potential for DRE in India, requiring a local workforce to sustain it.

According to the Powering Jobs census findings, decentralized renewables are:

● A significant employer: relative to its penetration level in the market, the DRE sector has already grown an impressive direct employee base. The India census results show that the country’s DRE direct, formal workforce is already equivalent to the on-grid solar industry, and may double in size between 2017-18 and 2022-23 if the mini-grid market continues to expand at a rapid pace. In 2017-18, the DRE sector provided 95,000 jobs, most of which are from end-user product providers, which are companies that sell pico solar appliances, solar home systems, and other small, off-grid appliances directly to customers. With strong policy support, mini-grids could grow to become a major employer. In such a scenario, the DRE workforce will provide 190,000 direct, formal jobs by 2022-23, almost doubling the current number, as well as 210,000 direct, informal jobs.

● A jobs multiplier: in addition to direct, formal employment, the sector has a significant employment impact on productive use jobs, providing about 470,000 such jobs in 2017-18. Between 2017-18 and 2022-23, the Government of India plans to deploy 1.75 million solar water pumps through the KUSUM scheme. In addition, many decentralized productive use technologies are entering the Indian market, such as solar farm machinery, solar cold storage and solar drying, which may dramatically increase the scale of productive use jobs.

● Employing a highly-skilled, middle-income workforce: DRE companies delivering electricity access create skilled, middle-income jobs which also have longer employee retention than utility-scale power. For example, more than two-thirds of jobs are full-time and long-term, as compared to the wind power sector in India, where 81% are one-time jobs.

● Employing a large number of youth: DRE sector creates an opportunity for youth engagement, which will be an important response to the growing challenge of youth unemployment in the country. In India, young people comprise half the end-user product provider workforce.

● Experiencing major skill gaps: there is a growing shortage of job-ready talent to finance, develop, install, operate and market the sector. Management skills, in particular, represent a critical gap for unlocking further sectoral growth. In India, while nearly 40 percent of jobs in the DRE sector are in sales and distribution, less than 20 percent are in business and management, and far less in research and development, manufacturing and assembly, and operations and maintenance. The higher the mini-grid market penetration, the more management and business administration and operations and maintenance skills would be needed.

The first edition of Power for All’s job census surveyed three countries, India, Kenya, and Nigeria, and will expand data collection to 25 countries by 2021.

Power for All is a multi-stakeholder coalition campaigning to rapidly scale the deployment of decentralized renewable energy in order to achieve universal electricity access before 2030. Decentralized renewables -- including green mini-grids and solar systems designed for households, businesses and productive use appliances -- offer the fastest, most affordable and cleanest path to electricity access for all. Power for All brings together more than 250 business, finance, research and civil society organizations To learn more visit powerforall.org

About The Rockefeller Foundation

The Rockefeller Foundation advances new frontiers of science, data, policy, and innovation to solve global challenges related to health, food, power and economic mobility. As a science-driven philanthropy focused on building collaborative relationships with partners and grantees, the Foundation seeks to inspire and foster large-scale human impact that promotes the well-being of humanity throughout the world by identifying and accelerating breakthrough solutions, ideas and conversations. For more information, visit rockefellerfoundation.org