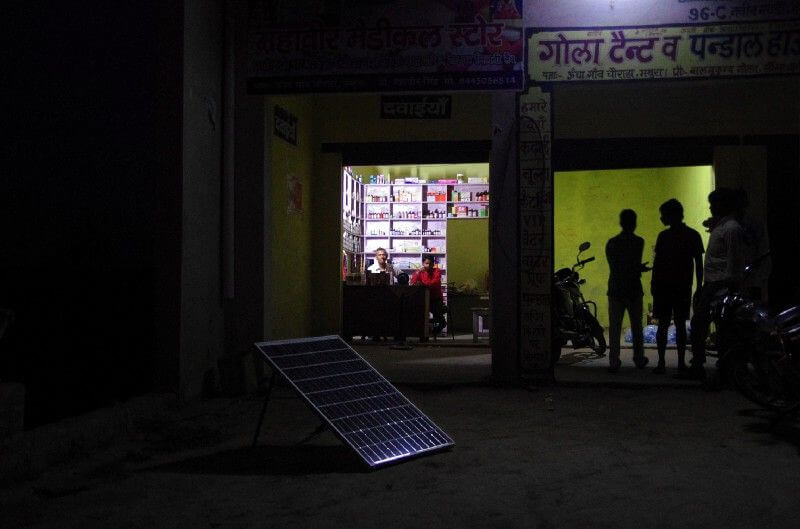 The government is banking on state-owned utilities and a centralized grid, but global trends point to a decentralized model in partnership with private sector, community

Recent examination of the financial viability of European utilities by investment analysts at the International Energy Agency (IEA) concludes that “digital technologies are facilitating new business models, such as virtual power plants (VPPs), based on bilateral power exchange and increased roles for consumers and third parties to provide energy, capacity and flexibility services that were once the exclusive domain of utilities.”

While there are differences between power markets in India and Europe, the global trend line is clearly toward distributed systems.

Yet the Indian government seems so intent on centralized grid extension that it may be missing a once-in-a-cycle opportunity to both pioneer a 21st century rural power infrastructure and efficiently solve its longstanding problem of 300 million unelectrified people at the same time.

State-run utilities in India, referred to as distribution companies (DISCOMs), have long been plagued by inefficiency and debt, prompting regular government bailouts, the most recent of which, called UDAY, started in 2015. After a brief improvement in performance, outstanding dues owed by utilities to power generation companies are again on the rise. There is no reason to expect this vicious cycle of bailout/bust to end.

Amid this need for new approaches, one of the biggest outstanding questions is how to sustainably provide last-mile service to all households by early 2019, a goal the Indian government has set under the new $2.5 billion Saubhagya program.

So far, the government’s response is to double down on utilities, requiring states to start giving away free centralized grid connections to below-the-poverty-line (BPL) households. This is despite another recent IEA report that said three-quarters of new electricity access connections should come from distributed solutions like renewable energy mini-grids and standalone solar home systems.

Jaideep Mukherji, the CEO of leading mini-grid initiative Smart Power India, says that the government’s debt reduction plan for state utilities won’t change the fundamental economics of electrifying village households, so extending wires and poles will not significantly impact the access problem. “New ideas are needed to make a breakthrough,” he says, adding that “public-private partnership pilots for rural electrification need to be modelled and tested in partnership with existing state DISCOMs.”

Ironically, a solution that showed promise in India when introduced in 2005 but which was made optional in 2012–13 (in part because of opposition from DISCOMs fearful that it was a first step toward privatization) could be an innovative, and financially responsible way forward.

That solution: a rural franchise model for distribution and revenue collection. It was operational in more than a dozen states and produced a range of positive results in tens of thousands of villages based on analysis done by The Energy and Resources Institute (TERI).

The model relied on nearly 5,000 “Self Help Groups” (SHGs), locally trained community teams responsible for meter reading, bill distribution, and signing up new connections. The SHG model resulted in more revenue sustainability for the DISCOMs, rural jobs for women and youth, reductions in both customer grievances and power theft, and an increase in new customers.

What’s different since 2012 is that more than 200 private distributed energy service companies (DESCOs) have emerged in India, using solar home systems and mini-grids to address last-mile connectivity. The solutions offered by these companies can be grid-interoperable, while providing a more nimble, customer-centric and flexible electricity supply that satisfies unpredictable demand in a way that a one-size-fits-all DISCOM cannot.

“For efficient management of local power distribution, the government should reactivate the distribution franchise system,” says Debajit Palit, senior researcher at TERI. Acting as independent electricity service providers, DESCOs can use their own generation and sell power at a weighted price, Palit adds, although this will require changes in current regulation.

Already, there is interest among large power companies like Tata and Reliance to pick up franchises following initial success in the state of Odisha, where the state-run Central Electricity Supply Utility (CESU) had experimented with outsourcing largely rural operation to franchisees, including FEDCO.

Arunabha Ghosh, CEO of the Council on Energy, Environment and Water (CEEW), says that India must identify the personnel and finance needed to change governance of electricity provision, which will allow distributed utilities to have an enforceable business contract for delivering last-mile, resilient solutions.

“Even to the extent that centralized infrastructure has received a lot of investment and has a role in meeting large infrastructure needs, there will be a limit of economic feasibility for doing more, so decentralized becomes the default option,” he said in a recent interview, while calling for a national dialogue on the question of India’s energy future.

The private sector is ready to join hands with the DISCOMs. For India to achieve its ambitious goals of universal household electrification, it’s now time for the public sector, especially the states, to fully embrace private sector franchisees and other public-private partnership (PPP) models.