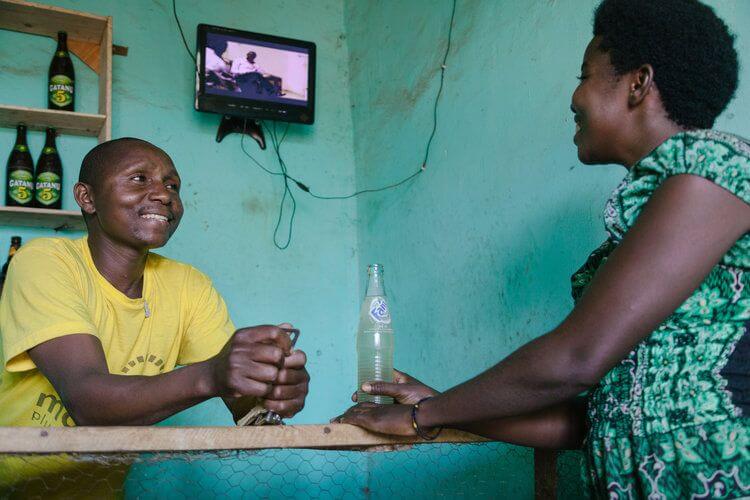 “The interest we’re seeing in this round of the Global LEAP Awards, particularly in the innovation prize for off-grid refrigerators, is amazing.” A conversation with Matt Jordan, Director at CLASP, an NGO that leads several programs in support of the Global Lighting and Energy Access Partnership (Global LEAP), is like lifting the lid on a whole new world of possibility: the demand side of energy access, and specifically the role of high-quality, highly efficient appliances. 2017 looks set to be the year this giant market opportunity will burst out of strategy meetings and into the spotlight.

High-profile competitions, like the Global LEAP Awards Off-Grid Refrigerator Competition, provide targeted opportunities to uncover the ‘best in class’ commercially available off-grid technologies in order to drive efficiencies and reduce costs (submissions possible till 20 January 2017). But a much broader range of applications and services are on the rise that go far beyond lighting, including a surge in solar-powered irrigation, farm machinery and health equipment.

As Rose Mutiso at the US Department of Energy, who leads the Global LEAP initiative, noted: “A pipeline of momentum has been building up over the last few years, with new programs and products moving from the trial phase into core off-grid market offerings. In 2017 we will see a lot of activity.”

2016 has set the scene for what Michael Liebreich, founder of Bloomberg New Energy Finance, has termed a new ‘green revolution’ in efficiency and appliances. In February, M-Kopa rolled out a pilot for a 16-inch TV as part of its off-grid solar package, far exceeding sales expectations; the organization has already sold over 30,000 products and is exploring how to satisfy customer demand for larger televisions, computers and internet connection. This month, Azuri partnered with satellite platform ZUKU TV to expand its influence in the Kenyan TV market. In June, Off Grid Electric launched its ‘Business in a Box’ product aimed at barber shops, charging stores, bars and restaurants, while Mobisol—which sells 80-200Wp systems—offers ‘business kits’ which team business-specific appliances with information on book-keeping and marketing. Solar Now and Simusolar, meanwhile, have an explicit focus on distributing a range of products, from refrigerators to flood lights, egg incubation machines to night-fishing equipment.

And the Global LEAP Awards for Off-Grid Refrigerators is only one of a series of incentives, partnerships and innovations for 2017. The success of Global LEAP’s appliance procurement incentives program in 2016—which led to 12,000 quality-assured TVs being sold in Bangladesh—will see a second round and an expansion into East Africa early next year. Acumen and Shell Foundation are partnering with Global LEAP to identify opportunities for impact investment in the off-grid appliance market, the Rockefeller Foundation's Smart Power for Rural Development Initiative is exploring how to bring efficient appliances to 1000 rural Indian villages, and the Indian Ministry of New and Renewable Energy has announced a target to install 1 million solar water pumps by 2020-1—to name just a few.

More integration of off-grid appliances into business models, investment opportunities and development programmes is firmly on the agenda, and will see breakthroughs into new frontiers in 2017.