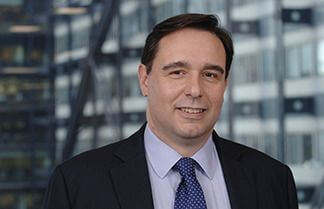 Riccardo Puliti, the newly appointed head of energy and extractives at the World Bank in charge of investing $8 billion a year, says that Africa and India will be the bank’s main focus, and he will pursue an all-of-the-above approach, with a major focus on natural gas and renewables, while coal will remain off limits.

In comments during an interview with Columbia University and at a World Bank event last week, the former private sector banker stated a desire to reach a 100% renewable energy future, one that is subsidy free and that balances climate solutions with energy security and affordability.

He stressed the need to avoid relying solely on public finance to “make the impact we want to make”, but to fully leverage the private sector by offering a turnkey package that de-risks projects in emerging markets. Puliti cited the bank’s Scaling Solar and Energy Transition initiatives as good examples of public-private partnership, as well as a $3 billion private sector window within IDA18 that offers loan guarantees and first-loss facilities to private investors willing to co-invest with the bank.

Noting that only 35% of Africans have access to electricity, Puliti said that “for me, this is something totally unacceptable,” adding that in many ways intervention in Africa will define the World Bank, which has “a lot of responsibility to make sure that access to electricity is a problem of the past.”

“It’s important to have a sense of urgency that access to energy is a basic human right,” he said, claiming that investment in energy access by the bank has increased five-fold from fiscal year 2013 to 2015. He did not provide an actual figure, but the bank has spent only a tiny fraction of its energy investment on energy access and decentralized solutions as of 2014.

Despite noting the fact that only two utilities in Africa are able to cover their operating expenses, Puliti expressed strong support for centralized transmission grids, but also recognized a role for distributed solutions such as mini-grids. “You have to use all the instruments in your weaponry,” he said. Puliti acknowledged, however, that the bank was “like a big, big ship” and that “turning of the ship is not as quick as some would like.” Unlike centralized utilities, the distributed energy sector faces huge gaps in financing despite having vibrant private sector involvement.

Puliti offered some hope, saying “We believe very much in off-grid as the best way to reach communities that are not connected to the grid.”

Puliti said natural gas will play a pivotal transitional role over the next 15 years as the world moves from coal to renewables. However, the Bank has committed to 30 GW of renewables by 2020, he said, with the goal of mobilizing $25 billion. Half a billion dollars was already in the pipeline for Sub-Saharan Africa over the next 15 months, he said.

A large focus of that investment and growth is also Asia, especially six target countries - India, China, the Philippines, Vietnam and Thailand. The bank has already assigned $1 billion to India for solar, Puliti said, mainly PV that includes utility-scale and mini-grids. He called India a “big challenge”, although he pointed to the restructuring of the Delhi utility, which he called a success that the bank hoped to build on. The Delhi project began 15 years ago, and has needed more than $600 million in investment, and the utility still runs as at a loss.

Puliti said the bank hoped to help African utilities become better performing as well, although he noted that corruption persists as a major barrier. Countries successful in addressing energy access with new solutions “have been able to go beyond the political cycle”. He said the “direct link between fear of losing elections and how energy systems are designed” needs to be addressed to move beyond short-term vision on energy.