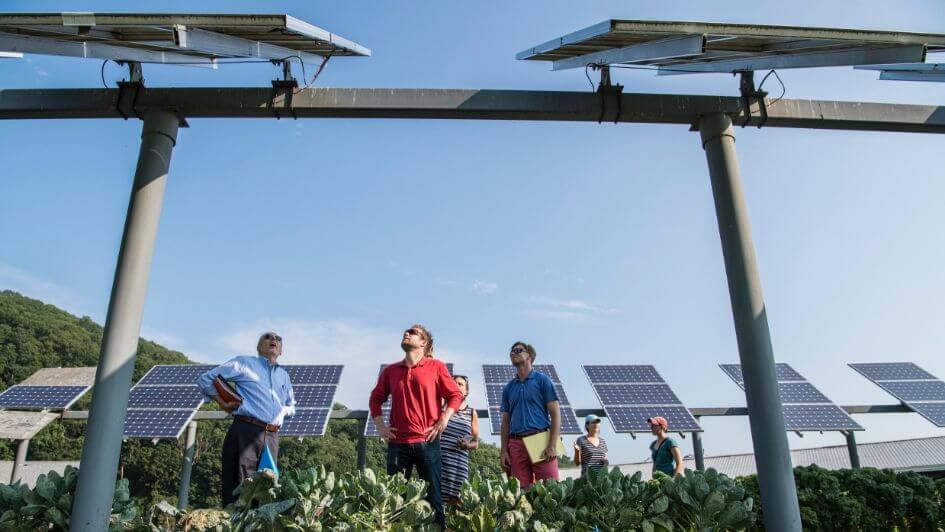 By 2050, 80% of the world’s people will live in Africa and Asia according to most demographers. It stands to reason that the innovation and entrepreneurship needed to serve this new axis of global influence will also emerge from within the two continents.

Energy is no exception. Starting in 2015, developing economies accounted for the majority of global investment in renewable energy capacity - last year they accounted for 54% of a $282.2 billion total. At the same time, while China and India saw a reduction in investment, “other developing countries” jumped 17% to a record $59.5 billion.

The trend is clear: the energy transition isn’t just from fossil fuels to clean energy, it is also from developed to developing countries. Africa and Asia are past the point of dependence on innovation from mature markets. These two regions have a massive opportunity to capture increasing capital flows and put them to use right at the “bottom of the pyramid”.

Local energy entrepreneurs are already stepping out from the shadows and coming up with ingenious ideas that leverage existing technologies and business models, and adapt or replicate them in local situations. In fact, the state of entrepreneurship wows us every day.

In India, start-up Tessol has innovated around the cold chain appliances needed to bring food and medicines to and from towns and villages across this emerging giant.. Also there, SELCO Foundation is highly-regarded for adapting existing appliances (milking machines, furnace fans for metal work, etc) to make them fit-for-purpose for off-grid or weak-grid communities, thus reducing drudgery while improving livelihoods in an appropriate way.

In Uganda, New Energy Nexus is working with some of the country’s 10,000 registered non-profit cooperatives called Community-Based Organizations (CBOs) to expand their offerings to include solar for homes, clean cookstoves and water purifiers, and enabling purchase by creating lending clubs to provide necessary consumer finance. The creativity of the entrepreneurs is awe-inspiring. So far, just working with 100 CBOs has delivered energy access to 87,000 people and created hundreds of jobs, mostly for women. Imagine if that times 100, and then copied in other countries and we have impact at scale.

In Indonesia, we’ve backed a company called Pendulum that is replacing diesel-powered lights for night fishing with wave-powered generators and LED lights, an opportunity with huge potential in a country that has approximately 500,000 fishermen and even more in Southeast Asia region with 1.9 million fishermen.

Such examples of ingenuity go on and on, and they are all needed, and more.

According to one calculation, between 7,000 and 20,000 local energy enterprises are needed to solve energy poverty. New Energy Nexus is looking to support 100,000 start-ups, including in energy, by 2030, most of which will be bottom-of-the-pyramid businesses. Many of them will fail, which is why we need the redundancy. Other initiatives like the Energy Catalyst Programme of Innovate UK, the Shell Foundation’s Off-Grid Market Accelerators, and the World Bank’s Climate Innovation Centers are also making much needed contributions.

Coming out of the COVID-19 crisis, even more support is needed to ensure that the recovery supports local economies and local entrepreneurs, and that energy access progress over the past decade does not get reversed. While hit hard, these markets may be relatively less impacted by the pandemic and the underlying aspirations of booming populations will still fundamentally be demanding new products and services.

If we take the renewable energy capital entering emerging economies in Africa and Asia, combine it with a rising young, connected and well-educated population, the emergence of a perfect storm of ingenuity and entrepreneurship is just over the horizon. Shine on!