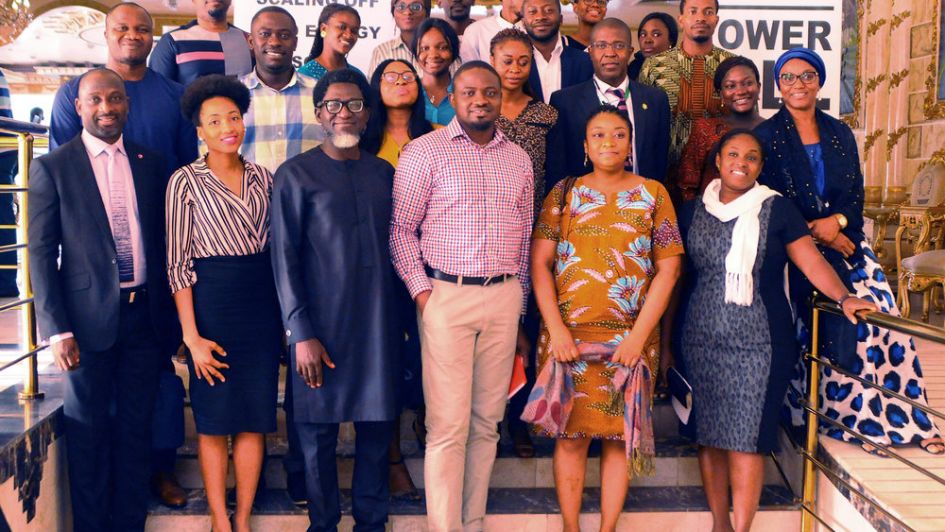 Nigeria’s Decentralized Renewable Energy (DRE) Taskforce, which was launched in February to accelerate modern electricity access initiatives, met July 17, 2018, to review its success since its last meeting and set new milestones to be reached in order to grow the sector.

The meeting, which was attended by about 22  members of the task force, assessed the activities of the task force since its inception and reviewed the agreed upon milestones towards removing hurdles that are preventing the sector from scaling.

The task force is part of the Scaling Off-Grid Energy (SOGE) Grand Challenge for Development, which is implemented in Nigeria under a partnership between the US Global Development Lab, Power Africa, USAID-Nigeria, FHI360 and Power for All. The partnership aims to provide 20 million households in Sub-Saharan Africa with access to modern, clean and affordable electricity through distributed solutions.

The task force is focused on five core challenges for the sector namely: (i) zero tariffs and duties; (ii) consumer awareness; (iii) collaborative data sharing; (iv) end-user payments and (v) standardization and certification for the sector.

The last taskforce meeting was held on April 18th and dwelt on pressing challenges for the sector, particularly on the issue of the new tariff imposed by the Nigerian Customs Service (NCS) on solar panel imports.   In attendance were representatives from the Nigeria Customs Service (NCS), and the Federal Ministry of Finance respectively. At that meeting the representatives from the NCS and the Ministry of Finance had briefed the task force members on the import duties and tariffs, as well as providing clarifications and contextual information for the task force to determine next steps.

As part of the outcomes of this current meeting the taskforce through the zero import duty resolved to accelerate the request to the Ministry of Finance to grant zero import duty status to all solar power equipment; request a Renewable Energy desk within the ministry in order to fast-track Zero Import Duty Exemption Certificates (IDEC) for solar panels and components; and to develop a framework or handbook on Nigeria Customs clearance procedures for imported solar panels and components.

The Taskforce through its working groups on Consumer Awareness and Support to REAN on issues of standardization and certification further agreed to increase consumer awareness through campaigns on renewable energy targeted at communities and young children; build certification standards for the industry and facilitate collaboration between telecommunication companies, energy providers and financiers in developing a model for easy provision of services and simplified consumer payment respectively.

The meeting also provided an opportunity to introduce the task force members to the Platform for Energy Access Knowledge (PEAK), Power for All’s new interactive knowledge platform designed to curate, organize and synthesize relevant DRE data into digestible, shareable and usable knowledge which was launched on the same day.  The members agreed to provide feedback on the platform in order to facilitate data sharing between PEAK and other existing data sources for the sector.

The task force will continue to critically look at how to drive the adoption of Decentralised Renewable Energy (DRE) in Nigeria in order to provide clean, modern energy to 93 million people impacted by energy poverty in the country.

Other components of the SOGE project are DRE 101 workshops with state-level policymakers in the six geopolitical zones of the country and the Platform for Energy Access and Knowledge (PEAK), a market intelligence platform for the DRE sector.

For more information, visit the Nigeria information hub on the Power for All website at www.powerforall.org/nigeria