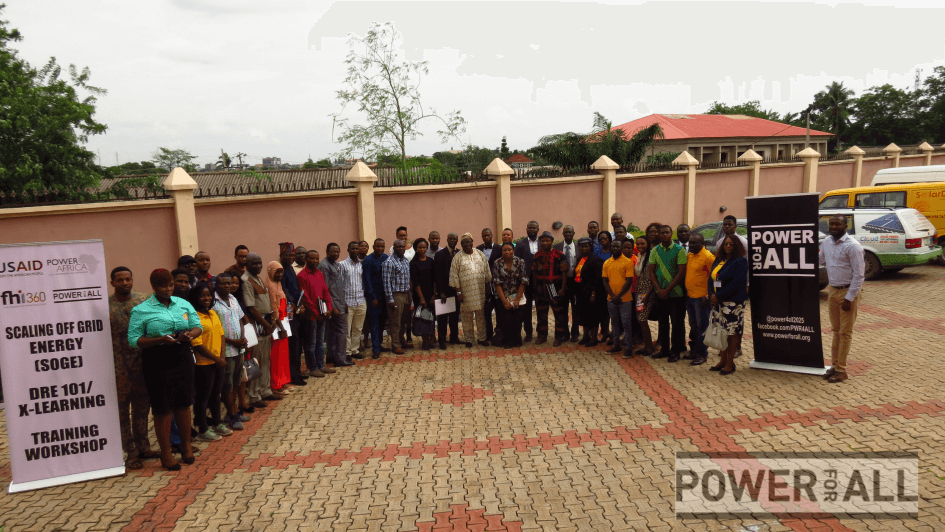 IBADAN, Nigeria, July 10th, 2018—Power for All, a global advocacy campaign for distributed renewable energy (DRE) is helping policymakers, faith-based institutions, civil society organizations and trade associations in the South West region to use renewable energy solutions to accelerate the rate of electrification and end energy poverty in the region.

The two “DRE101” workshops in Ibadan, Oyo State, the sixth in a series, were part of the Scaling Off Grid Energy (SOGE) Grand Challenge for Development, a partnership that aims provide 20 million households in sub-Saharan Africa with access to modern, clean, and affordable electricity by accelerating growth in the off-grid energy market.  It is funded by the U.S. Agency for International Development (USAID) and Power Africa, and co-implemented in Nigeria by FHI360 and Power for All.

The DRE101 workshops, which have hosted 400 policymakers from 17 states across the country, were aimed at raising the awareness of participants on DRE solutions which range from pico-solar and stand-alone solar systems to mini-grids and mobile solar farms.

DRE solutions have the advantage of being readily available, affordable, and immediately deployable. This allows the energy access to be delivered to consumers in a number of days—versus the years it takes to site, permit, build, and manage a traditional centralized fossil fuel grid system. DRE can also be an important tool for Nigeria to utilize the full range of its renewable energy resources, with delivering energy services to last-mile communities trapped in energy poverty.

The South-west edition of the workshops brought together policymakers in energy, infrastructure and rural development to learn more about DRE solutions, interact with private companies and discuss approaches on how to increase access to electricity in the region.

Tolu Sadipe, the Special Adviser to the Oyo State Government on Projects and Investments Promotion, said: “This workshop has proven to use how decentralized renewable energy can be used to power communities and industrial clusters in the state, solving one of the biggest barriers to economic growth.”

Teju Fagbejo, the Chief Economic Adviser to the Osun State Governor said: “This workshop has been eye-opening and enlightening for us. The Osun State Government has been doing a lot in terms of rural electrification, and this gives us more options besides the traditional grid extension method.”

Although the South-west is the most electrified region in Nigeria with about 88% of the population with access to electricity, an estimated 4 million people out of 36 million are without electricity. This is in addition to the millions more who are underserved by the grid, as well as those needing reliable power for small-scale industrial and commercial purposes.

The workshops in Ibadan were attended by policymakers on energy, water resources, infrastructure, and rural development from Oyo, Osun, Lagos and Ondo States. 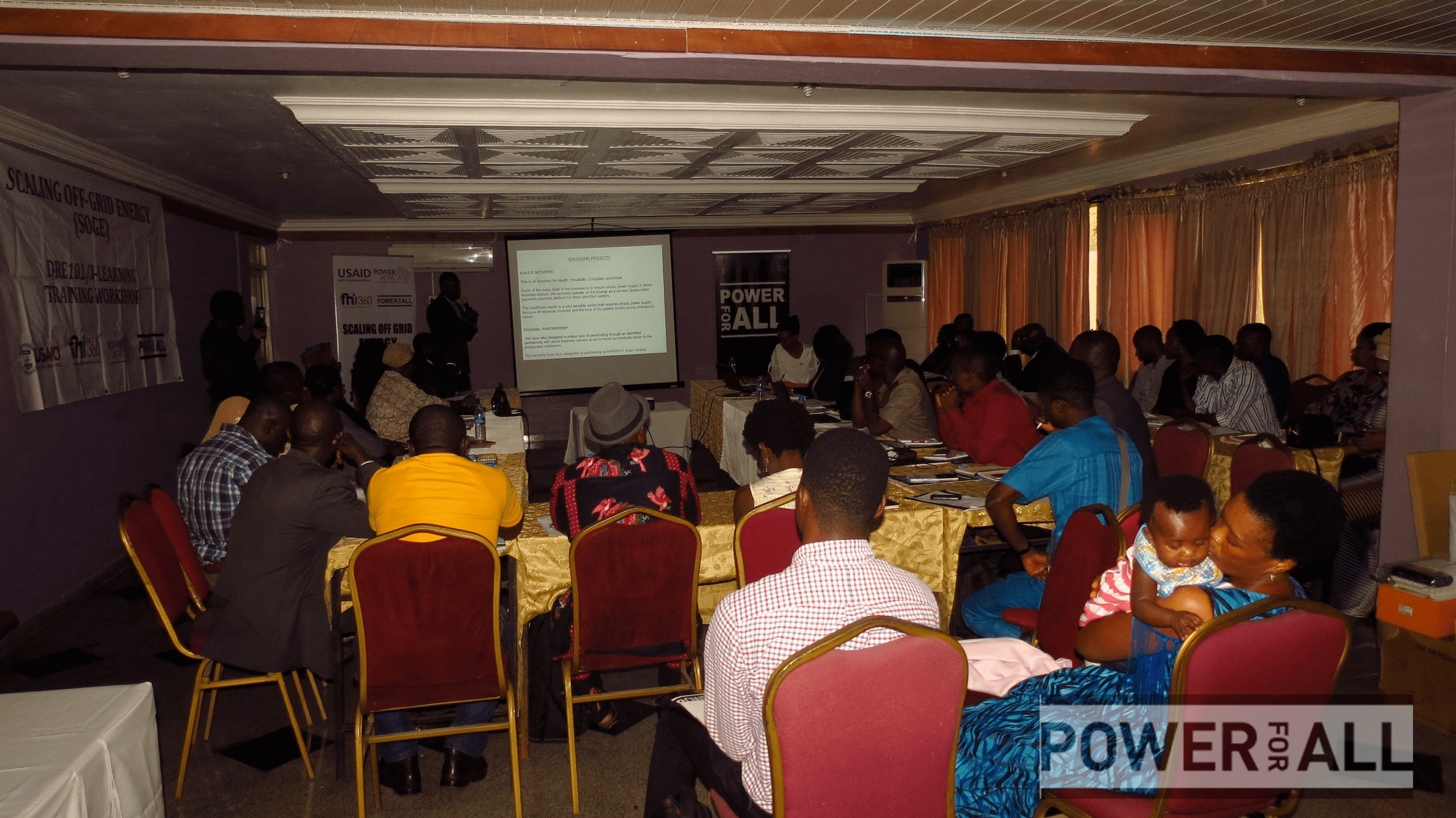 Ify Malo, the Country Manager of Power for All, said, “At Power for All, we believe that states do not have to wait for the expansion to grid to meet their power needs which is time-consuming and expensive. Through decentralized renewable energy solutions, they can get clean and modern energy now and exactly where it is needed.”

There were also presentations from renewable energy companies such as [insert companies present] who spoke about their current and past projects and their impacts. The companies also exhibited their products and held demonstrations on their use and effectiveness.

There were also presentations from renewable energy companies such as Arnergy, Astevens Group, Cloud Energy, Consistent Energy, Quintas and Solar Sisters who spoke about their current and past projects and their impacts. The companies also exhibited their products and held demonstrations on their use and effectiveness.

In addition to the DRE101 workshops, SOGE launched a DRE Taskforce which draws from diverse stakeholders in the DRE sector to tackle barriers preventing the scaling up of DRE in Nigeria. It also utilizes a market intelligence platform named Platform for Energy Access and Knowledge (PEAK) to enable investors and donors make informed decisions on where to site DRE projects and earn the best returns

Power for All is a global campaign that advances decentralized renewable energy as the fastest, most cost-effective and sustainable approach to universal energy access. It is active in India, Zimbabwe, Sierra Leone and Nigeria and its 200+ partners enable to have a footprint in over 15 energy-impoverished countries.

In Nigeria, it facilitated a Call to Action that saw over 15 partners cutting across government, the private sector, donors and civil society undertake commitments to actions that will grow the DRE sector.

It was also instrumental to the establishment of the Renewable Energy Association of Nigeria (REAN) to enable the private sector be a part of renewable energy policy formulation.

It has also been instrumental to the formulation and adoption of various policy instruments aimed at growing the DRE sector, such as the Mini-Grids Regulation.

For more information, visit the Power for All Nigeria website at powerforall.org/countries/nigeria

About Scaling Off Grid Energy Grand Challenge for Development