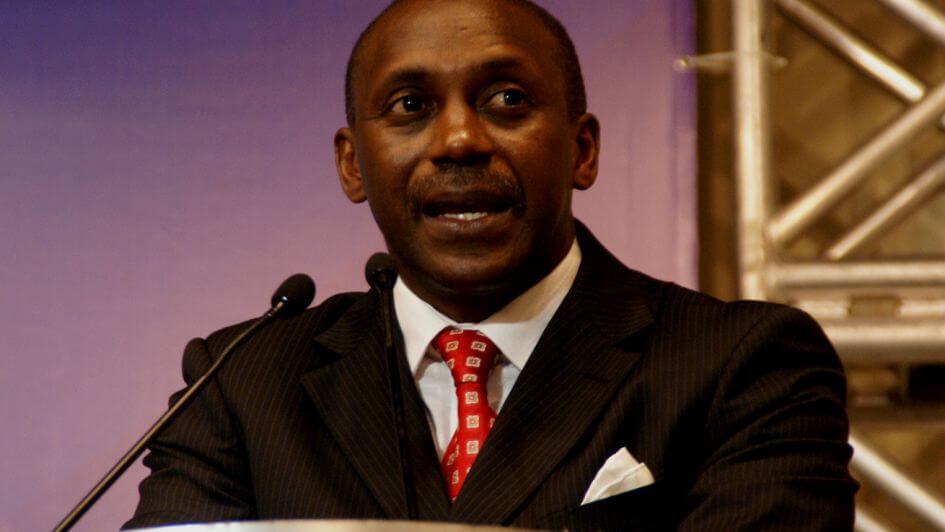 African development leader Dr. Kandeh Yumkella joins Power for All board of directors

San Francisco, June 5, 2019 - Power for All has announced that Dr. Kandeh Yumkella has joined its board of directors. Dr. Yumkella, a distinguished development and agricultural economist, is former United Nations Under-Secretary-General, Chair of UN-Energy and founding chief executive officer and Special Representative of the Secretary-General for Sustainable Energy for All.

“It is an honor to welcome Dr. Yumkella to Power for All,” said Power for All CEO Kristina Skierka. “His international leadership and personal commitment to ending energy poverty are unparalleled and will no doubt help us accelerate the pace of progress.”

Said Dr. Yumkella: “I witnessed first hand the impact Power for All made on energy poverty in my home country of Sierra Leone. I look forward to working with them to support my colleagues in other countries to achieve even greater results.”

Dr. Yumkella brought a renewed and vital focus to global energy issues and led the coordination of the United Nations response to energy issues. Previously, he served as Director-General of the UN Industrial Development Organization (UNIDO) for two four-year terms. Prior to joining the UN, he was Minister for Trade, Industry and State Enterprises for Sierra Leone and an assistant professor at Michigan State University.