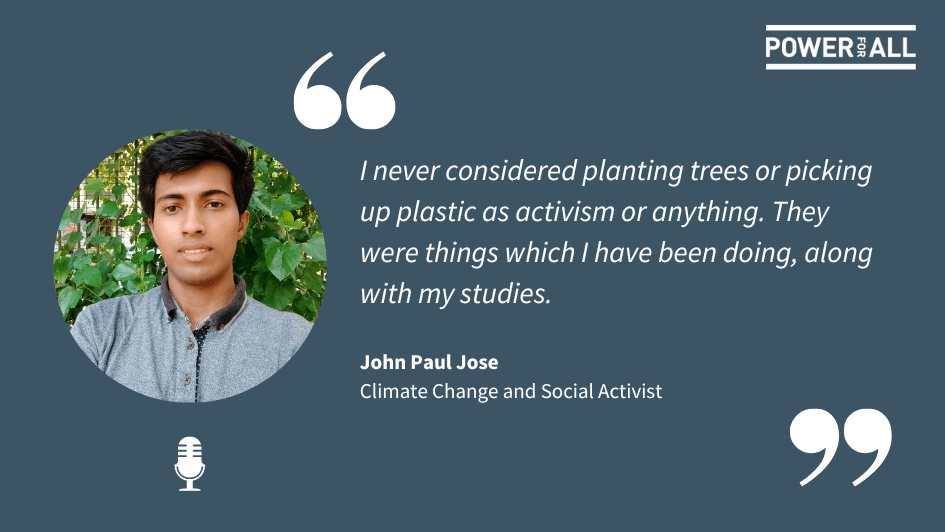 John comes from an agricultural family in Kerala, India. In this podcast, he shared how he experienced environmental changes and climate crises which drove him to take action. He recounted memories of strife when extreme weather conditions led to crop  failure denying his family and community the fruits of their labor.

He has worked with dozens of organizations as a volunteer, ambassador, advisor, and consultant. He is also involved in research and policy development while working on building advocacy resources and livelihood-based restoration.

The 25-year-old activist said he didn’t know he was an activist until he saw his love and care for the environment framed as activism in mainstream media.

“I never considered planting trees or picking up plastic as activism or anything. They were things which I have been doing, along with my studies,” he said.

John said young people needed to be involved in all democratic processes to secure a future that can sustain them as adults and even their future generations. He said he hoped that the upcoming COP27 would be inclusive and the resolutions from the summit would benefit the most vulnerable communities.