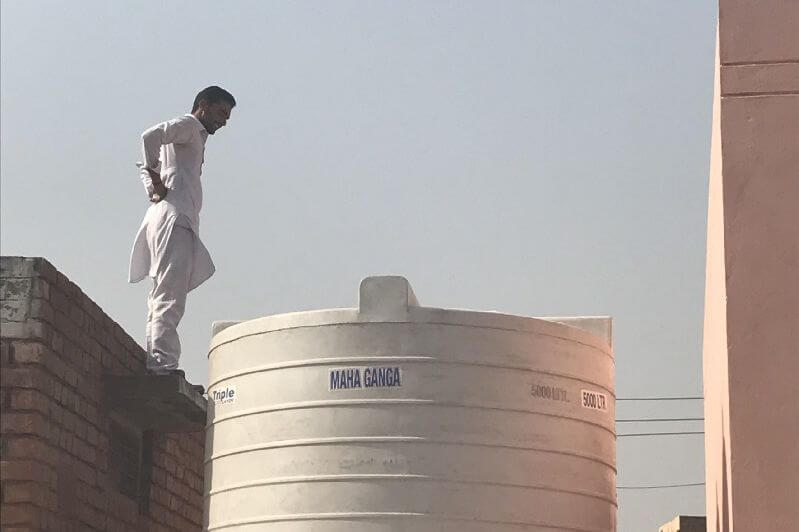 According to founder and CEO Manik Jolly, GRID unveiled a first-of-its-kind pilot project in Haryana state in May 2017, integrating an RO water filtration system with a 10kW PV mini-grid and power storage. Despite the maturity of RO technology, it is not prevalent in rural India due to lack of electricity access, or access only to expensive, polluting diesel for generators.

The Haryana pilot, which can run 10–15 hours a day, provides affordable and clean drinking water to 1,000 homes daily, producing 2,000 liters of clean, potable water every hour at the cost of $0.002/liter. Jolly says the plant has a four-year pay back. Real-time water quality — level of total dissolved solids (TDS) — is displayed publicly to ensure community transparency. The pilot will also employ 5 local people.

The business model is simple: there are two subscription models, one for pick-up and one for delivery, with supply starting at 20 liters per day at about $3 per month. Subscribers are given an ID. School children get free water.

GRID, which owns and operates the plants, is now planning to scale the solution. It is currently raising additional capital with a goal of building 500 RO systems over the next 2 years, and the aim of also expanding into Myanmar, Cambodia and Thailand. It will also start to target urban poor in the future, with plans to have mobile RO units.

“By creating solar-based community RO systems, we are not only solving the two reasons for lack of clean drinking water in India — affordability and lack of electricity — but also generating employment in villages,” Jolly told Power for All. “Local governments, which save money from no longer having to treat ailments caused by dirty water, should invest a portion of those savings in these projects, thus ensuring healthier villages.”

Other entities, such as DESI Power are also rolling out RO plants in India, and recently inaugurated its first facility (with a capacity of 70 liters per hour) as part of flood relief efforts in Bihar state. Villagers get their bottles filled three times a day. DESI plans to add some smaller decentralized water purification plants as well as larger drinking water facilities at their other mini-grid sites.

DESI Power is one of the several private energy service companies (ESCOs) working with the Smart Power India initiative funded by the Rockefeller Foundation, which has several RO water purification units up and running in Bihar and Uttar Pradesh states.