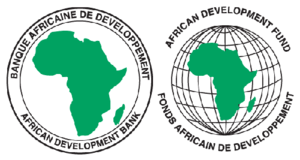 Great news out of Abidjan: the Board of the African Development Bank (AfDB) just approved a $100 million financing package to seed the Facility for Energy Inclusion (FEI), a $500 million pan-African renewable energy access debt fund. This investment approval is the first big step by the AfDB to deliver on its New Deal for Energy in Africa commitments for energy access through decentralized renewables.

For a multilateral development bank (MDB) whose client countries have over 650 million people without access to energy, creating this new facility is long overdue. While small in the overall scheme of energy access investment needs, $100 million is still a much needed commitment of AfDB capital, an MDB that has less than 1% of its energy access portfolio invested in decentralized energy solutions. It is a financing package to catalyze exactly the type of financing that the decentralized renewables industry is hollering for in Africa: DEBT! And it will be placed in both hard and local currency. A trifecta: AfDB capital for decentralized renewables, for debt, in local currency.

This approval signals the formal beginning of the fundraising process for the full $500 million debt facility, which the AfDB estimates will bring energy access to three million people, approximately 600,000 households. The distributed solar and mini grid industry is showing clear evidence on the market uptake, and as a result, private capital is flowing in. But, this facility will further catalyze the private sector, globally and locally, and engage local financing institutions—all of which must significantly increase and accelerate their investment in energy access. Development finance institutions, regional and national development banks and philanthropic investors should be lining up to consider their investment in this fund.

The AfDB’s announcement on the FEI approval states the intent that the FEI will “process eligible projects with relative speed through a highly specialized and focused external Fund Manager.” We applaud this intention. Time is of the essence. In the announcement of the New Deal on Energy in Africa, AfDB President Adesina stated the goal of delivering universal energy access to Africa by 2025—a date driven by the recognition that energy access, while a Sustainable Development Goal is its own right (#7), is a prerequisite to countries’—and the global community—ability to meet all SDGs by 2030. With 2017 nearly upon us, that leaves 8-years to deliver energy access to more than 650 million people, or leave another generation out of the education, health, economic and human rights benefits derived from energy access.

The Facility for Energy Inclusion is exactly the type of specialized financing facility that Power for All called for in our report released at the AfDB’s Annual Meeting in Lusaka—Decentralized Renewable Energy: The Fast Track to Universal Energy Access. Power for All and our consortium of 150+ partners are working across many African countries to support efforts by the private sector, civil society and government to stand up the ecosystems needed for accelerated energy access, and are ready to work with the Bank and the selected fund manager to make this happen. I congratulate the champions of this work at the AfDB, including the Sustainable Energy for Africa team, who I know works tirelessly to put (and keep) decentralized renewable energy on the Bank’s agenda. Well done! A great ending to what’s been a very challenging year to those who are dedicated to climate, development and equity. And a great promise of what to look forward to in 2017.