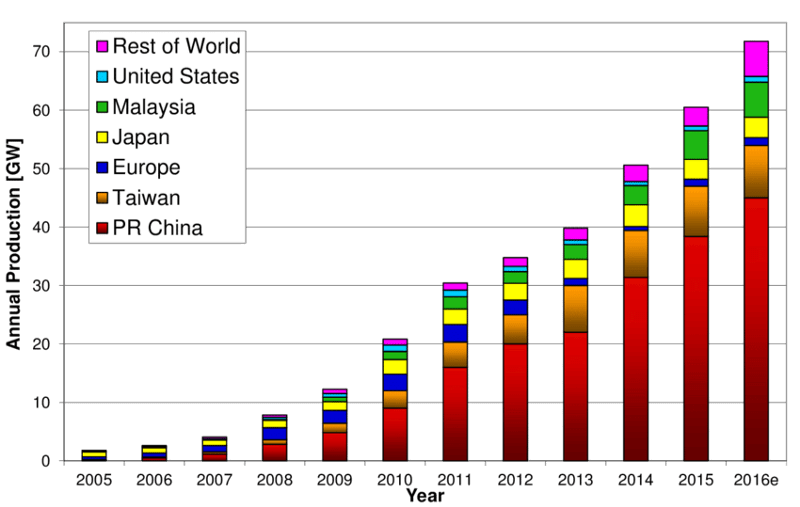 Commentary: Can Modi create global mini-grid market for India like China did with solar PV?

According to the International Energy Agency (IEA), mini-grids are a $190 billion market opportunity between now and 2030

Between 2006 and 2016, China went from a blip on the radar of solar panel manufacturing to total domination. In the process, it sparked a global boom in renewable energy and created a huge domestic industry. India now finds itself in a position to do something similar for renewable energy mini-grids — if the government seizes the opportunity.

The micro-grid market has massive potential. According to various estimates, it is expected to double by 2022, reaching between $23 billion to $39 billion depending on the source. Similarly mini-grids (basically smaller capacity micro-grids), are gaining traction in growth economies in Africa and Asia, and are expected to play a major role in bringing electricity to the 1 billion people globally living without access to any power. The IEA says mini-grids and off-grid installations are the lowest-cost option for providing over 70% of the new electricity connections needed to reach that billion. Investment capital in mini-grids alone would be about $190 billion between now and 2030, it said. A new World Resources Institute report estimates Africa will require more than 100,000 mini-grids to be built by 2040 to serve 140 million rural Africans.

As the cost of renewable energy continues to fall, climate resilience increases in importance, and electricity systems accelerate their transition from innovation-averse, centralized approaches to ones that are decentralized, digitized and democratized, mini-grids offer a new opportunity to “productize” a new segment of the clean energy market, one that hasn’t already been cornered by the Chinese like solar PV manufacturing.

India is working from a good foundation to do so. The government has already announced steps to support 10,000 mini-grids at home by 2021, while it is also quickly becoming the world leader in solar irrigation (which when paired with ancillary services, can be powered by mini-grids that also serve local communities and businesses). Efforts are already underway within India to drive down the both the capital and operational costs of mini-grids and create a “Utility in a Box”.

In 2015, India pledged a concessional credit line of $10 billion to Africa over five years, earmarking at least 15–20 percent (or up to $2 billion) for solar energy projects, largely decentralized, to be implemented through the India-hosted International Solar Alliance (ISA).

It also said that ISA would launch a new program to scale up deployment of mini-grids in Africa, which would focus on design, adoption of common standards, aggregating demand, helping establish global credit enhancement and de-risking mechanisms, assessing demand and costs requirements, identifying and developing attractive payment models for consumers, and persuading member ISA countries with overseas assistance budgets to earmark a portion of their soft loan money.

But reaching global scale starts with scaling mini-grids in India.

Although the government is expected to release a final mini-grid policy later this year, it has taken over two years to approve. Some states like Bihar and Uttar Pradesh (UP) have shown leadership in embracing mini-grids. UP’s principal sector for energy Alok Kumar said recently that “mini-grids are elemental to the success of rural and household electrification.”

But much greater recognition for the value of decentralized solutions in achieving electricity access within India is needed if it hopes to be a domestic and global market leader. An important start would be the government creating a more level playing field with regard to financial and regulatory support of mini-grids relative to the centralized grid. This must include subsidy parity.

India’s government, through campaigns like Make in India and Startup India, has already signaled its desire to take a page from China’s approach to catalyzing domestic industry through import substitution. Mini-grids dovetail perfectly with creating a new domestic industry and tapping into homegrown innovative start-up energy companies pushing the mini-grid sector forward.

Two of those companies, OMC Power and Husk Power, are already entering the Africa market. OMC Power recently announced funding from Japanese industrial giant Mitsui & Co. to form a joint venture to enter 5–6 markets in Africa to start. Husk Power already has several mini-grids in Tanzania and plans to have about 200 mini-grids in east Africa within 5 years. It employs 15 full-time staff in Tanzania.

India has an early lead in the race to supply the global mini-grid market. Will the government do what’s needed to keep it?