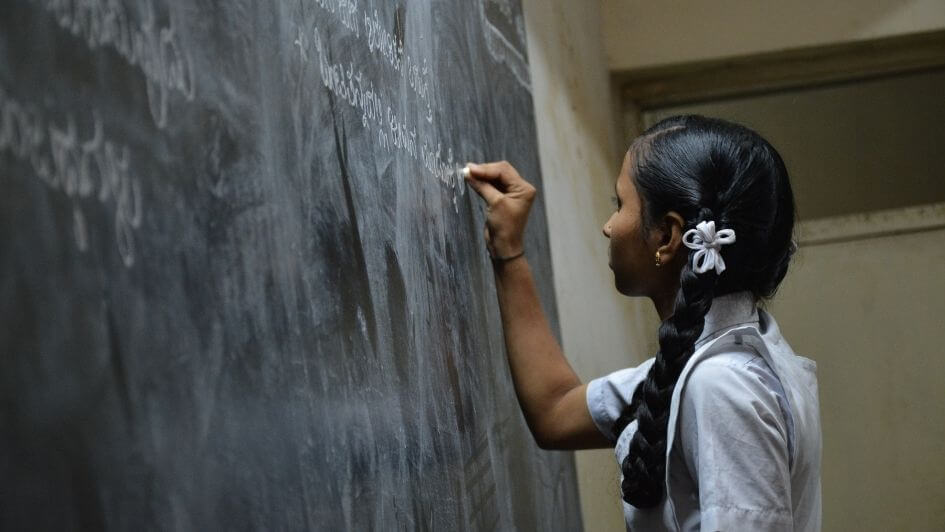 Around the world, the coronavirus pandemic has created the largest disruption of education systems in history, affecting nearly 1.3 billion students in 186 countries, which is 73.8 percent of the world’s student population, according to the UN Education Science and Cultural Organization (UNESCO). The massive scale of school closures has laid bare the uneven distribution of the technology needed to facilitate remote learning. Nowhere is this truer than in Africa and South Asia where vulnerable and hard to reach children are in particular danger of dropping out of the education system due to not being reached with alternative ways to learn.

While some schools – most of them private – have moved classes online, millions of children do not have access to computers, phones, internet, radios, televisions, or even electricity. Regardless of which platform is chosen to distribute educational material, these digital technologies rely on electricity. In Africa, in countries like Côte d’Ivoire, Lesotho, Sudan, The Gambia, Guinea-Bissau, and Mauritania less than 10 percent of the poorest households have electricity while in South Asia, a country like India 25 million households lack electricity.  In fact, the combined effect of lack of electricity and digital learning platforms is directly linked to the need to deliver on specific Sustainable Development Goals (SDGs) namely, SDG 4: Ensure inclusive and equitable quality education and promote lifelong learning opportunities for all and SDG 7: Ensure access to affordable, reliable, sustainable, and modern energy for all.

If we are to succeed in “Leaving no one behind”, as established in the  United  Nations’  2030  Agenda,  then we need to ensure that we are working to provide everyone, especially children and young people, with access to reliable electricity to power digital learning devices, not to mention the digital skills they need to learn and improve their lives.

Reimagining the role of solar energy in digitalization

To bridge the digital divide, a social issue referring to the existing gap between those groups who have good access to technology and those who do not, development organizations, and distributed renewable energy (DRE) companies are finding new ways to strengthen knowledge infrastructures using renewable energies and more particularly solar energy to support the digitalization of education.

In Mozambique, over eight million children were affected by the school closure imposed by the Government to enforce social distancing. In response, the United Nations Industrial Development Organization (UNIDO) partnered with Kamaleon, a local private sector organization, on the Community Tablet Initiative to build solar-powered tablets for community education campaigns on several subjects including measures to prevent the spread of COVID-19.

“A few years ago anyone who could not read and write was considered illiterate, but today this concept goes further, encompassing people who do not know how to use information and communication technologies or lack digital skills. The Community Tablet is here to change that," said Dayn Amade, founder and CEO of Kamaleon and the inventor of the tablet.

In Chad, Burkina Faso, Sudan, Libya, Morocco, the Avicenna Virtual Campus Network (AVCN) has developed a Mobile Avicenna Virtual Classroom (MAVC) working without electricity and Internet. The MAVC is a suitcase equipped with a nano-server, nano-projector, solar system, and tablets. The AVCN is working with UNESCO’s projects during this time of pandemic to train teachers via videoconference and e-learning platforms.

In a podcast interview with Power for All on existing educational inequities, UNESCO Regional Director for Southern Africa (ROSA) Prof. Hubert Gijzen noted, “...to build back better, we need to fast-track investments in infrastructure for energy access and for ICTs and digitalization. This should become a prime priority for governments in sub-Saharan Africa.”

With more than 15 million primary and secondary students at home in Kenya, Azuri Technologies is helping off-grid children across Kenya to continue education with its new solar-powered satellite TV. The Edu TV Channel 029 features daily lessons including English, Kiswahili, Maths, and Science, along with hygiene and nutrition lessons to help inform students and families on best practices to help defeat the spread of the pandemic.

Closing the digital divide in India

In India, classrooms have moved beyond blackboards to PowerPoint presentations and video interactive learning in the urban centers of India, while the rural classrooms are still looking out for basic necessities. This disparity has become far more evident during the pandemic. Virtual learning has become the new normal for several schools, while children from rural schools are left behind due to a lack of digital infrastructure.

With only 11% of households in India having access to a computer or a laptop, the pandemic period has proven difficult for both the parents and children in terms of having access to online platforms for education. Project Suriya Kiran, has been able to bridge this disparity for over 4000 kids in rural India, through solar-powered mobile vans. These mini-vans retrofitted with solar panels, inverters, router, and 6 laptops are able to at the time able to take classes for a whole day in these schools or communities where there is a need. Selco Foundation has taken a different approach by supporting teachers in communities where there is no electricity supply or poor quality of supply. Teachers get access to a solar home system that is installed in a house where there is access to a television and a computer so the children can be taught without any disturbances.

Today more than ever, there is a need to strengthen electricity access to ensure equity in education and that digital learning infrastructure is more widely available and accessible. Equally important is the need to strengthen connectivity plans and to invest in distributed energy resources in order to improve the educational access, learning outcomes, and earning potential of rural students, as well as the socio-economic development of their communities and countries.

The pandemic has undoubtedly caused a big impact on the global outlook for electricity access and education; it could even reverse some of the progress made in recent years in the attainment of the SDGs. As we mark this year’s World Children’s Day, a day to reimagine a better future for every child, it is worth recalling the wording of that promise to make every child feel safe and loved, with access to education by closing the digital divide.

Vicente Matsinhe is a National Project Coordinator of the United Nations Industrial Development Organization based in Mozambique.