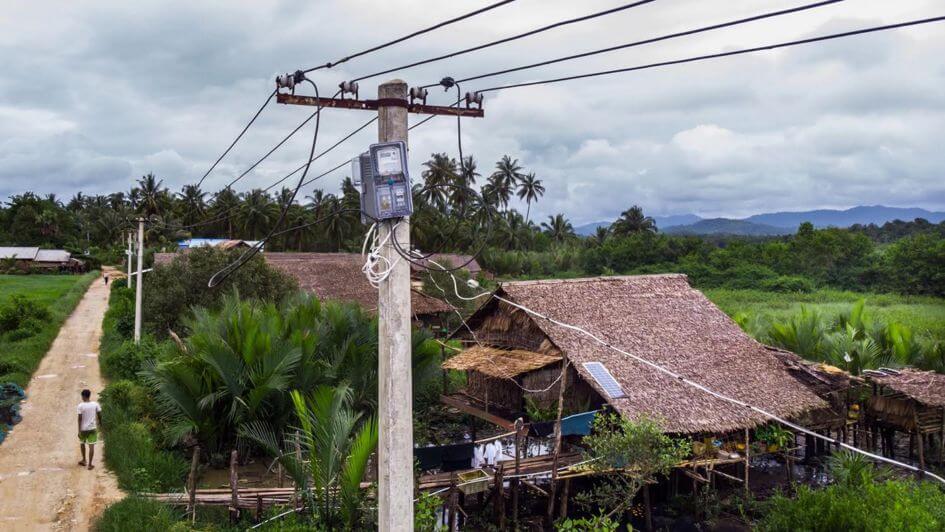 Today, 28 million people in Myanmar lack access to reliable power. For rural, remote and isolated communities viable mini-grids offer an opportunity to end a cycle of poverty and build resilience. Thanks to focused investments through a mixture of multilateral and private financing in the last 2 years, almost 100 new solar/diesel mini-grids will be in operation by the end of 2019. Myanmar’s energy future is in the process of being formed but remains at a critical juncture in terms of sustainable, investor-friendly models. Currently, available data strongly suggest that connection and appliance finance are emerging as critical missing links to mini-grid viability, with productive use finance and technical support, and broader value chain development expected to follow.

One of the fundamental problems with mini-grids’ profitability in Myanmar, as with all countries, is that electricity consumption of rural consumers is initially very low. Stated demand during pre-feasibility assessments does not match actual demand following commissioning, leading to plant over- or under-sizing and consequent problems with profitability and viability.

Another problem is the sheer lack of consumption data, aggregated data analytics or visualization tools that can be used by decision-makers and developers. Many players in the market are reluctant to share data. To try to address this, Smart Power Myanmar’s Applied Energy Lab is starting to collect and analyze available data on consumer demand for appliances and how connection financing helps stimulate revenue growth for mini-grid operators. Our goal is to generate actionable data at a national scale that, over time, will help to increase confidence in the power of data, and improve decision-making, strengthen utilization rates and maximize investor confidence.

Appliance demand ready for lift-off
Myanmar communities serviced by new solar-hybrid mini-grids are at an early stage of appliance usage.

Surveying 406 households between February and August 2019, Smart Power Myanmar found that within the first year of mini-grid operations 69% of households purchased at least one appliance. TVs were the most popular appliance (85%), followed by rice cookers (28%), irons (25%) and fans (23%). Refrigerator/freezers were only owned by 8% of households. Households have opportunities to benefit from electricity access beyond owning TVs. With a more diverse menu of appliance options and information, coupled with guidance to consumers on understanding how appliances impact their monthly electricity bills, demand for appliances will grow and help create viable mini-grids.

The Applied Energy Lab is currently testing appliance financing through the Energy Impact Fund in a village where the mini-grid is established and where many consumers already have initial appliances. With financing support for 24 new appliances, over half of which were fridges, Smart Power Myanmar expects to increase the relative load from the main home appliances to 35%, providing additional revenue of US$1,200 per year from the one-time offer of appliance financing. 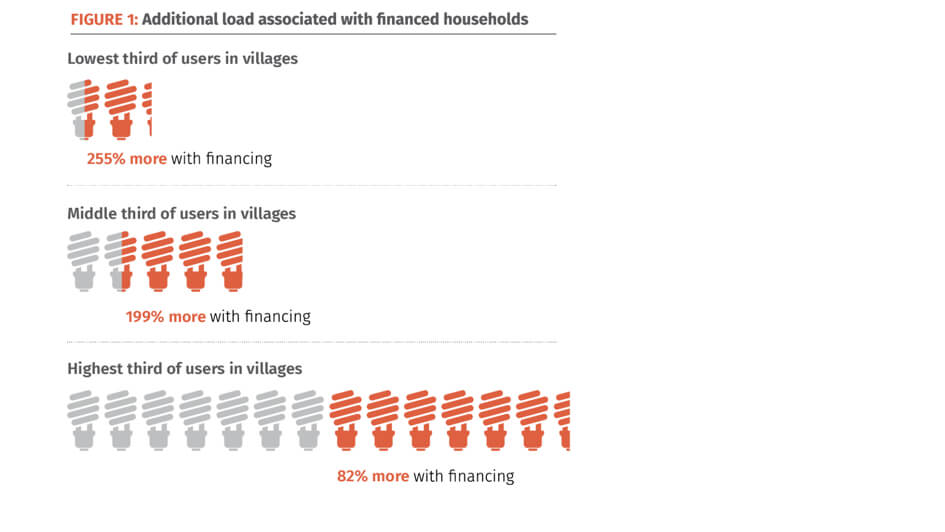 Consumer financing helps unlocks demand for electricity
Access to finance has been identified as one of the major barriers to accessing and using electricity in Myanmar. Smart Power Myanmar tested whether mini-grid connection financing could play a significant role in increasing access to electricity and provide stable revenue for mini-grid developers subsidized under the mini-grid program managed by the Myanmar Government’s Department of Rural Electrification. Between October 2018 and July 2019, almost US$50,000 in zero-interest loans was disbursed to six villages served by three developers. The Applied Energy Lab surveyed about 30 per cent of households on their energy consumption.

Key insights from this research are:

Both pieces of research suggest that improved data gathering, analysis, and sharing is essential for the future growth of the off-grid sector in Myanmar. Rapid data collection from additional villages and developers is needed to bring more accuracy to consumption estimations. This will require continued partnerships and resources to advance the efficiency and effectiveness of demand stimulation approaches.