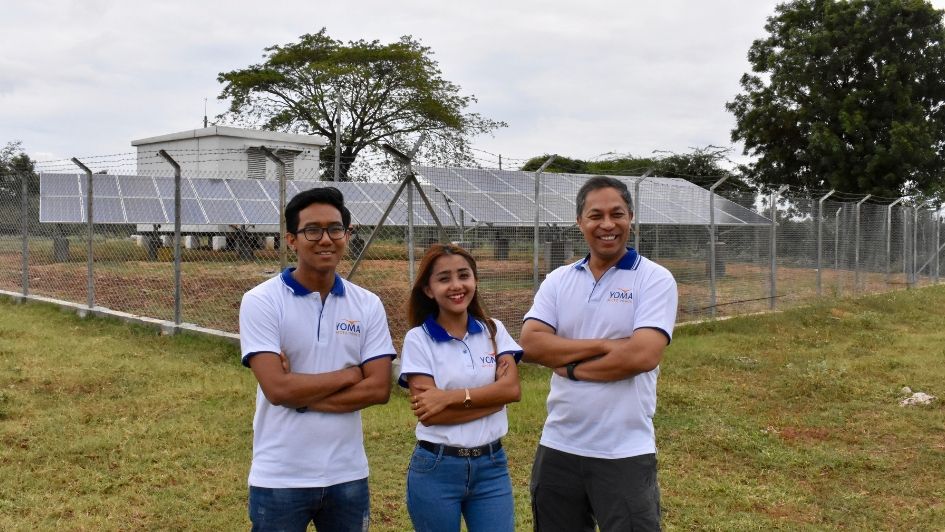 After wireless telecom in Myanmar was opened to private competition, the ensuing  market transformation has provided over 50 million SIM cards to a country of 54 million people, 10 times the number of all phone connections just 4 years ago.  The cost of a single SIM card was as high as US$1500. Today, one can be purchased for as little as US$1.

The same fundamental drivers of change are also developing in the electricity sector. In last century’s centralized electricity paradigm, large power plants were built near the energy resource being utilized such as hydro or fossil fuels and required large, high-voltage cables to bring the electricity over hundreds of miles to the points of consumption. The reason why over 65% of Myanmar’s population doesn’t have grid electricity today is the same reason why they did not have landline telephones: building cables to remote villages is expensive and neither villages nor the utility can afford to pay that high cost.

The World Bank estimates that it will cost Myanmar US$30 billion to build a centralized grid to provide 100% electricity access (for comparison, Myanmar Ministry of Electricity & Energy's total annual budget is about US$4 billion). This cost estimate is so high because the rural population is distributed over a large area and thus require an expansive high-voltage distribution system to reach them. Moreover, transporting electricity over long distances in this way results in significant electrical losses. The electrical losses on the Myanmar grid are estimated to be more than 25%, resulting in a loss of about US$200 million per year.

The high cost of grid extension must be compared with the limited revenue the utility can collect from rural households. Today, energy-efficient technologies such as LED lights, flat LCD/LED televisions, and mobile phones make the average energy consumption of a rural household as low as 2-3 kilowatt-hours (kWh) per month. This means the average monthly bill for a rural Myanmar household connected to the grid is around MMK600 (US$0.43) based on a fixed MMK500 meter charge and the MMK35 per kWh tariff. If the average cost for grid extension is US$800 per household (as assumed in Myanmar's National Electrification Plan), it will take the utility nearly 155 years to recover the connection cost alone.

The shift to decentralized systems is also occurring in developing countries without an existing centralized grid such as India and Nigeria. India has a target of having 10,000 mini-grids with a combined capacity of 500 MW by 2020. Through a loan from the World Bank, the Nigerian Rural Electrification Agency will help support the development of private sector mini-grids to provide electricity to at least 300,000 households. Research by the GIZ has shown that mini-grids could provide a viable source of power for as many as 12.8 million Nigerians.

The worldwide trend towards decentralized mini-grids in countries like the US with a centralized grid covering the entire country as well as countries like Nigeria where 40% of the population doesn’t have electricity is unmistakable. Decentralized mini-grids are enabled by scalable solar and battery storage, which can be used for electricity generation at the point of consumption. The steep and steady decline of the price of solar power is bringing about a paradigm-shift in the electricity industry across the world from the 20th-century centralized system to the 21st-century decentralized system. As in the telecommunications sector where Myanmar avoided the high cost of wired landline infrastructure by directly going to wireless mobile telecommunications to connect its people, Myanmar can leapfrog directly into decentralized power infrastructure and provide affordable grid-quality electricity to its people, right now.