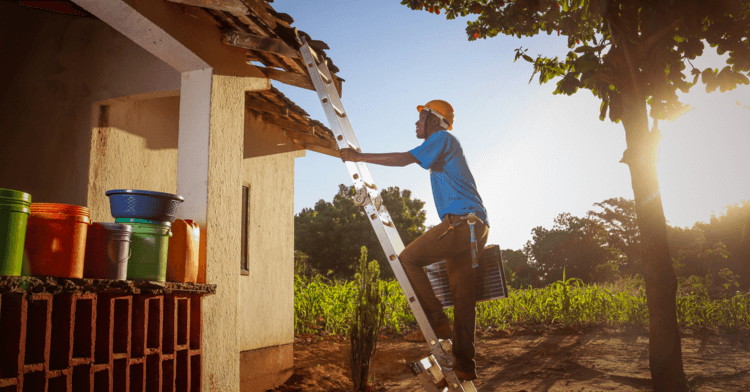 As Juan Garcia Montes, ENGIE’s executive in charge of their African decentralized business, explained: “ENGIE has been present in Africa for over 50 years, where it operates in the fields of electricity, natural gas and services. We are now also working on decentralized electricity production for isolated companies and rural villages and are convinced this could be a sizable part of the market because the solutions are better, subsidies are not required and technology is not an issue. It's a very, very exciting space, and is shifting from being something purely about good, charitable efforts, to being about how to build a sustainable business.”

ENGIE has launched its own mini-grid unit, Power Corner, which is expanding next year from 1 to 10 mini-grids in Tanzania, and has made equity investments in several pay-as -you-go solar companies, including Fenix International, BBOXX and Persistent Energy Ghana (PEG).

And the opportunity has also been recognised by ENGIE’s peers. Enel, via its subsidiary Enel Green Power, has announced plans to collaborate with mini-grid operator PowerHive to build and operate PV mini-grids in 100 Kenyan villages and power 20,000 households, businesses, schools and healthcare services. E.ON’s Rafiki Power runs 8 PV mini-grids in Tanzania, Iberdrola has invested $750,000 in beyond-the-grid financier, SunFunder, and last month saw the launch of ZECI, a joint venture between Off-Grid Electric and EDF, which aims to enable 2 million people to access off-grid solar in the Ivory Coast by 2020, create 1000+ jobs, and rapidly expand into other West African countries.

Garcia Montes expands: “Historically decentralized has been more about CSR; but the rate of power storage price decline is always faster than people expect, and that plus PV costs, mobile penetration, cloud computing and appliances - we are seeing a great convergence. It is fundamentally transformational.” The rapid evolution of DRE business models in the past five years has made it ‘a destination not a bridge’—and a pretty exciting destination at that. One where modern technological advances will make traditional infrastructure redundant in unelectrified regions, and where distribution networks will increase access to appliances, services and opportunity.

The fact that international utilities are getting behind DRE bodes well. Utilities have the potential to invest from their own balance sheets and take strategic risks that could ignite the sector. Household name companies entering the market will also send a powerful signal to national stakeholders that the DRE industry is a credible and essential part of the energy mix.

Whilst some countries, such as Nigeria, India and Tanzania, are putting in place policies and regulations to accelerate mini-grid market growth, most other countries are yet to recognise them in energy policies and targets. If forthcoming policy recommendations from the African Development Bank gain traction with national governments, 2017 could be the year when distributed renewable energy moves from the fringes of energy policymaking, into the mainstream.