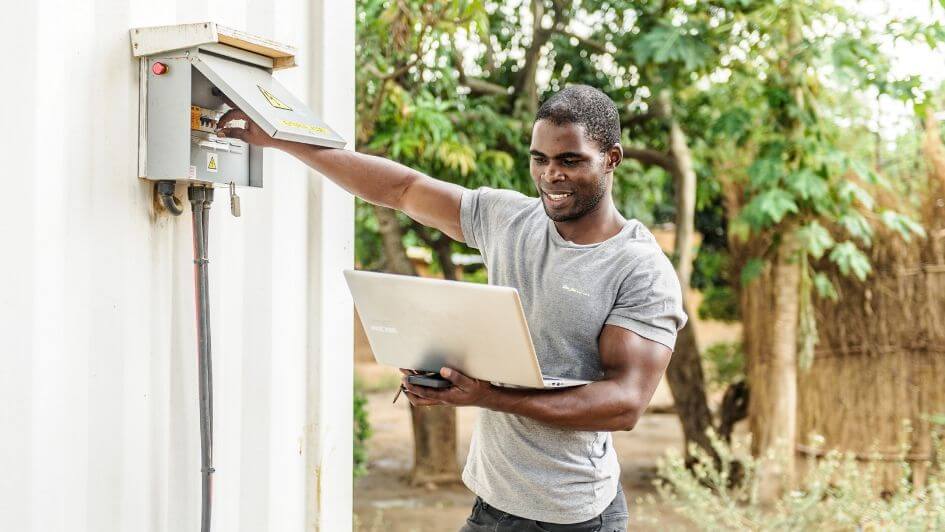 One hundred million youth entering the African labor market will be unemployed by 2030 if current trends continue , according to the African Development Bank. In India, unemployment is also at record highs. Youth comprise more than 10% of the unemployed in India, and almost 20% in Kenya and Nigeria. These rates tend to be even higher in rural communities. As this challenge of “jobless growth” worsens, another challenge persists: that nearly 1 billion people, mostly living in the countryside in Africa and Asia, still live in energy poverty, with no access to electricity.

New census data released today on World Youth Skills Day, however, shows that delivering rural electrification using distributed renewable energy (DRE) can also put a serious dent in joblessness, in particular for youth and women. The data was contained in the first annual Powering Jobs Census, released by international NGO Power for All and its research partners.

According to the census, decentralized renewable energy solutions - including mini-grids, solar for households and businesses, and systems to power machinery such as irrigation pumps and other appliances - already employ as many people as the traditional utility power sector in the three countries surveyed - India, Kenya and Nigeria. For example, in Kenya, decentralized renewable energy companies directly employ 10,000 formal workers . And that number is expected to grow 70% by 2022-23. By comparison, the state utility, KPLC, employs 11,000 today. In Nigeria, direct employment by the sector is expected to boom more than 10-fold by 2022-23 to 52,000 jobs.

The census found that these jobs are mostly skilled, long-term and middle-income, which is hard to find in a job market today that is increasingly dominated by informal workers. In this regard, the decentralized renewable energy sector is also performing well, creating double the number of informal jobs compared to formal jobs, and expanding rapidly.

But perhaps most noteworthy is the fact that gaining access to electricity from mini-grids and solar for home and business appears to be creating about 5 times as many non-energy (“productive use”) jobs than the direct, formal jobs created by the energy companies providing electricity access. In other words, access to electricity is generating broader economic activity in rural communities. In India, for example, the census found 95,000 direct, formal jobs, but 470,000 productive use jobs.

“This is a win-win. Access to electricity for rural communities in these countries means access to good work, and decentralized renewables are a major reason why,” says Rebekah Shirley, Power for All’s Chief Research Officer and co-author of the census report. “Governments and financial institutions should increase support for scaling these solutions and for training the technical, management, sales and other talent needed to wipe out energy poverty and improve the lives of an entire generation.”

Previous estimates suggested that the entire off-grid renewable energy value chain can employ 4.5 million people by 2030, and up to 1.3 million full-time equivalent jobs in the off-grid solar sector, not including mini-grids, by 2022 (GOGLA), but the new census is the first real comprehensive measure of the whole industry at a country level. Power for All plans to expand the census to 25 countries by 2021, while expanding the survey to also include clean cooking, is a real possibility for jobs. Overall, the census showed that 40% of jobs are being filled by youth. Women, on the other hand, account for just one-fourth of jobs, lower than the global renewable energy sector, suggesting that there could be significant untapped potential from achieving a better gender balance.

Rural populations in Africa and Asia have waited in vain for decades for centralized grid solutions to arrive, stifling any real chance of economic empowerment or agricultural productivity gains. According to the most recent data, renewable energy employs 11 million people globally, yet only 2% of those jobs are in Sub-Saharan Africa (excluding South Africa). In other words, one of the regions most ripe for a renewables boom has the fewest workers. Decentralized clean energy solutions appear poised to seize this opportunity for massive job creation, but only if policy-makers and their financial backers also seize the opportunity, embrace the transition to more decentralized energy infrastructure, and train the energy workforce of the future.