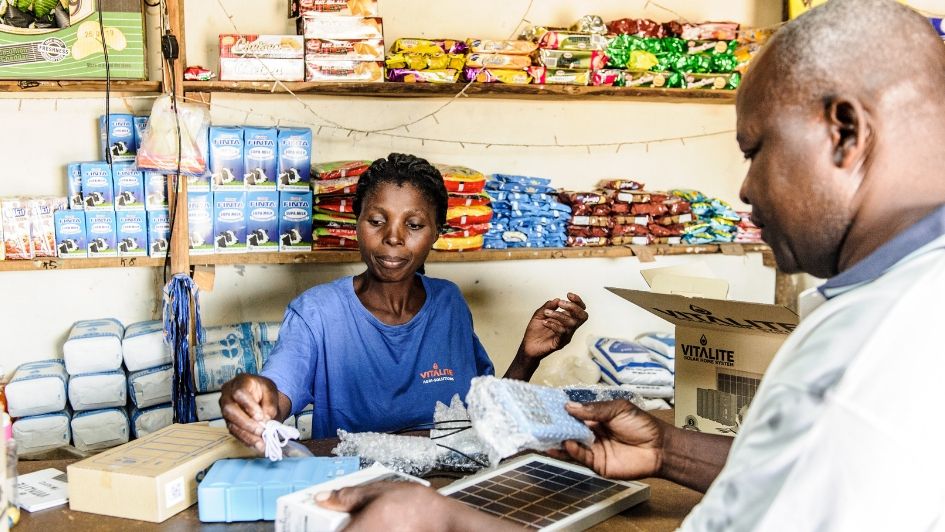 Governments and donors in sub-Saharan Africa that adopt coordinated approaches to electrifying rural communities using distributed renewables can count on meaningful job creation, according to recent data from REEEP in Zambia.

REEEP, which manages the Swedish-funded Beyond the Grid Fund Zambia (BGFZ), is so far supporting four private decentralized renewable energy companies in the southern African country: Fenix International, Vitalite, Standard Microgrid and Emerging Cooking Solutions. Data for the 15 months between July 2017 to October 2018 shows that the companies created a total of 1,165 full- and part-time jobs, an increase of more than 1300% during that period. About three-quarters of the jobs were commission based.

Fenix, which provides home solar systems and appliances financed through installments and was recently acquired by French energy giant ENGIE, has expanded rapidly in Zambia, and is currently serving over 70,000 households. “We will continue our rapid expansion across Zambia”, said Chipo Phiri, Head of Talent at Fenix Zambia. 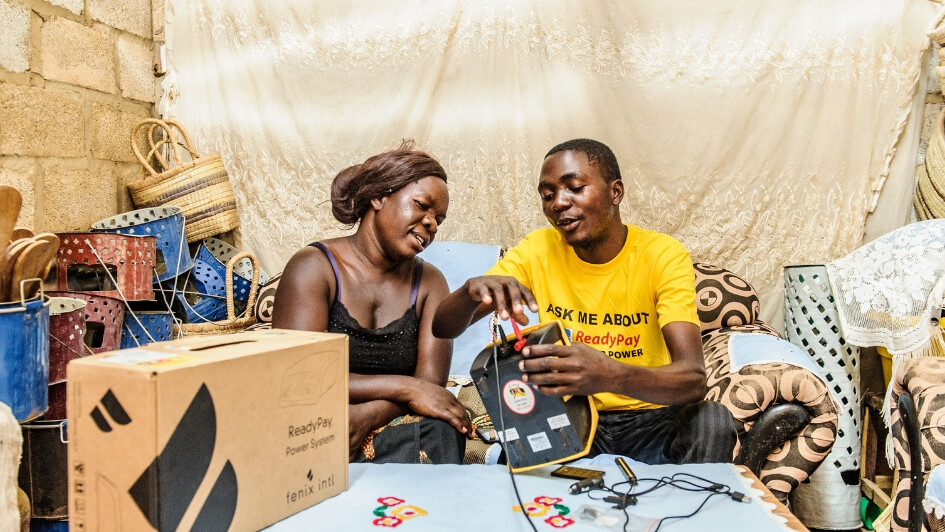 “Hiring has grown quickly, with the company now employing 155 full-time employees and 400 sales agents in Zambia”, she added.

According to Phiri, “the team’s growth will be aligned with our expansion rate this year, but we envision a steady increase in terms of new positions,” adding that the company now has 14 local language-capable call centers with 50 customer service representatives and over 30 service centers around the country.

Fenix has found that exceptional talent is available for entry-level positions, and the company invests heavily in training, Phiri said. But hiring for higher-level and mid-management positions is more difficult, including for roles such as data analytics.

Hiring women is also challenging, especially for field work. Most women in Fenix are currently employed in assembly, warehousing and customer service, although over half of the management team is women.

BGFZ is working with Fenix and other REEEP member companies to increase the role of women. It has seen increases in the percentage of women in management and other staff, but continues to look for new ways to engage women to increase their share of sales agent jobs. Driving these efforts to diversify workforce -- and particularly sales staff -- are BGFZ data showing that more than a quarter of customers leasing home solar systems are women, who traditionally out-perform is sales.

Assembly is a nascent area for employment, focused currently on quality assurance, and putting together and refurbishing smaller solar kits.

Households aren’t the only beneficiaries of providing access to power. During the same period, the four BGFZ-supported companies have also connected at least 1,461 businesses and institutions to modern electricity.

In local economies with high levels of informal and part-time employment, the lines between business and household become blurred. In an early survey of socio-economic impact among energy service customers of BGFZ companies, nearly half (48%) said the energy service allowed them to undertake activities they were unable to do before; of those, around 5% were able to increase their income as a result of the energy service. They did so in a variety of ways, from offering phone charging and mobile money services to lighting small businesses, poultry houses, and other income-generating infrastructure.

“In the near-term, we have clear evidence that these energy services are providing immediate and tangible benefits to livelihood for people living in rural and peri-urban areas,” said John Tkacik, Head of Energy Information and Analytics at REEEP. “In the longer-term, the impacts of these energy services on formal employment and economic development are less understood. But we hope to, over the course of the BGFZ and coming rounds of the recently-announced Beyond the Grid Fund for Africa, make use of the data to further shed light on these relationships.”

The four REEEP-supported companies in Zambia represent a fraction of the total number of energy companies serving Zambia’s off-grid population, which Tkacik estimates to be around 20, not including the numerous small solar engineering and installation firms that are not actively represented or engaged in the country’s industry associations. Many of them are still in the early stages of market development, so it remains unclear about the total national job creation potential for the sector.