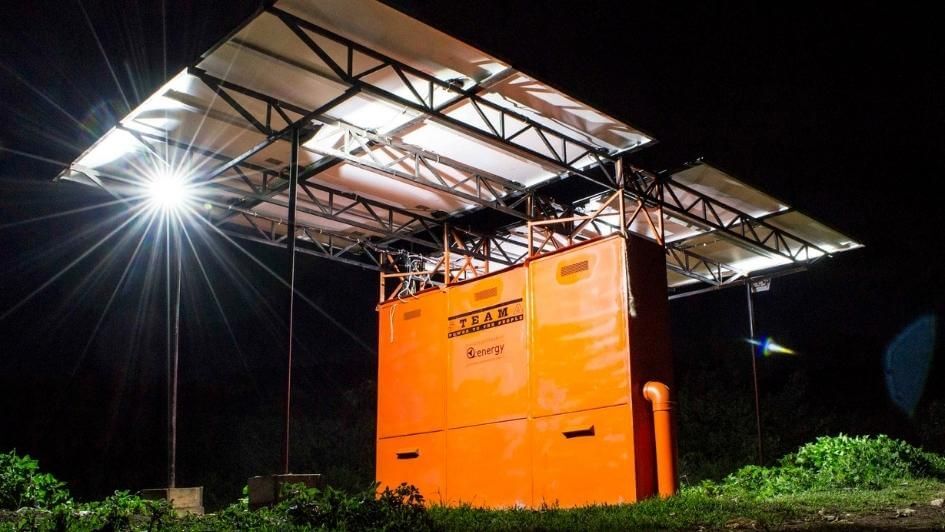 One of Africa’s most beautiful cities wants to rid itself of the chronic power outages that have plagued South Africa since 2007. That’s when the government admitted that its primary source of power generation, Eskom, did not have enough capacity to keep the country’s lights on. Thereafter, scheduled power cuts were the order of the day with a crippling effect on the economy and even threatening investor confidence. In 2019, the World Bank said 85% of people living in South Africa had access to the energy supplied by the struggling utility.

But now the City of Cape Town wants to change its fortunes by partially and gradually getting off the grid and tapping into decentralized renewable energy according to a recent announcement by the city’s mayor,  Geordin Hill-Lewis during the opening of the Solar Power Africa conference on 16 February. He said that the city would procure decentralized renewable energy (DRE) from Independent Power Producers (IPPs).

“We will be procuring up to 300MW of renewable energy, much of which will be generated by solar photovoltaic plants. We will be considering proposals from IPPs for projects that will allow us to access an affordable and reliable electricity supply. We are particularly eager for proposals from IPPs that are able to help us eliminate our reliance on Eskom during peak times of use,” Hill-Lewis said.

This announcement came days after South African President, Cyril Ramaphosa, announced plans to take some pressure off the embattled national power utility during the annual State of the Nation address. Ramaphosa said 5,200MW of new renewable energy capacity will be added to the grid under a Renewable Energy Independent Power Producer Programme. Ramaphosa also said South Africa would bring 3,000MW of new gas-fired capacity online. While these are a move in the positive direction, the South African government has been criticized for continued investment in fossil fuels.

The City of Cape Town however said it was pressing ahead with getting the city off the grid and acknowledged energy security would usher in job opportunities and strengthen the fragile economy.

The news of just one city embracing renewable energy may seem small, but it is a move in the right direction towards South Africa's clean energy transition. The country bagged $8.5 billion in funding from Germany, the United Kingdom, France, the United States, and the European Union to support its transition to a low-carbon economy. But a reported tussle on how the funds should be used is ensuing and there’s yet to be a consensus on where the funds should be spent for the ultimate goal of “phasing out” fossil fuel. South Africa’s rampant corruption, especially in government has sparked worry if the funds planned for a just energy transition would reach intended recipients.

However, President Ramaphosa appointed a gatekeeping climate change task team that would oversee the use of funds and ensure they were put to good use. For now, the City of Cape Town remains the only tangible example of what’s expected of South Africa in the bid to reduce carbon emission and make electricity affordable, especially to the many poor communities currently struggling to pay for the expensive yet unstable electricity.