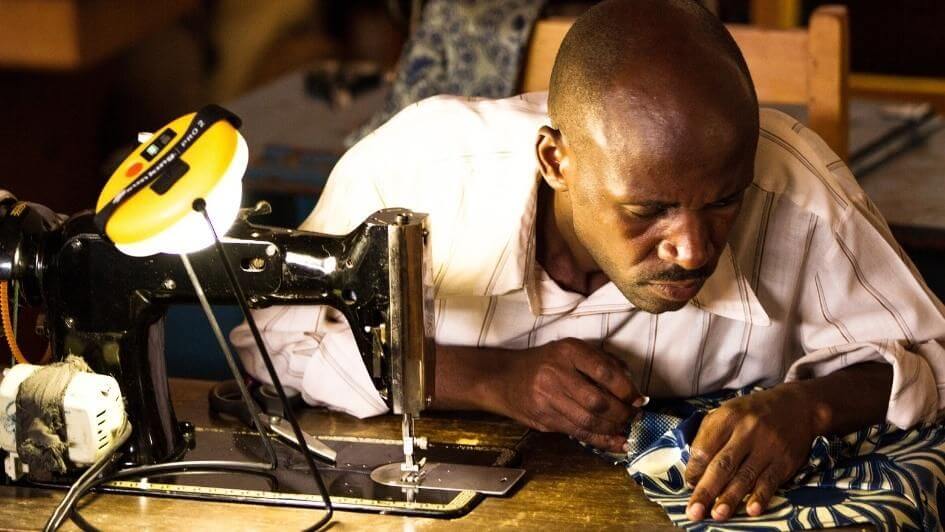 COP26 took place in the aftermath of a destructive global pandemic characterized by hard lockdowns and the closure of economies. The trail of destruction exposed inequalities and the World Bank’s April 2020 survey said income losses and hunger were more common among households in poorer countries. It also stated that employment and income losses were felt most acutely by vulnerable workers, women, youth, and the less educated. Power for All’s CEO Kristina Skierka said the intervention by the renewable sector was an opportunity to help vulnerable communities recover while addressing energy poverty.

“Our specific focus on decentralized renewable energy (DRE) is that it brings jobs to where they're needed most. The same people who are most vulnerable for lack of access to energy are often the same people who are perfect to help drive this sector. Whether it's sales agents or installers or other jobs like that. It's a huge opportunity and beyond that, not only is decentralized renewables a great source for jobs, but it can also be a great source for resilience in existing energy grids, and that's one of those things that we want to keep talking about more and more, is how renewable energy can help support the existing system,” she said in Glasgow in an interview with South Africa’s national broadcaster, SABC News.

Scaling the DRE sector is a critical part of rural electrification and universal energy access, which can contribute directly to reducing high unemployment in energy-poor countries. To meet the urgent demand for capacity, a coordinated global effort is needed to build a DRE-specific human capital pipeline. While there is urgency and the opportunity for data-driven action and solutions through an ecosystem approach, the understanding of job opportunities within distributed renewable energy is limited.

As part of our efforts to bridge this knowledge gap, Power for All held a panel discussion on 'Energy Empowering Employment’ at an SDG7 pavilion side event at COP26, on November 8th. Moderated by Power for All’s CEO, Kristina Skierka, the panelists included top experts from the DRE sector - Joseph Nganga, Managing Director of the Global Energy Alliance for People and Planet, Koen Peters, Executive Director of GOGLA, Dr. Arunabha Ghosh, CEO of CEEW and Meredith Adler, Executive Director of Student Energy.

The panel was informed by our Powering Jobs study, which was conducted in 2018 to fill data gaps and drew quantitative insights on the scale of employment impact, quality of compensation, women and youth representation, and key skill demands of the sector. Using these insights as well as early findings from our ongoing 2021-22 census which surveys DRE companies in Kenya, Nigeria, Uganda, Ethiopia and India - Power for All’s panel discussion amplified the importance of building a human capacity pipeline to enable energy access through DRE, achieve energy equity through sustainable energy jobs and the need to attract talent into a field that is growing.

Panelist and Student Energy’s Meredith Adler said there was a need for clear pathways to be created for young people to stay engaged in renewable energy. She said job creation was a welcomed move, but it needed clear implementation guidelines to ensure equitable access to those jobs.

“When you talk to most young people, even in North America and Europe where they have a lot more privilege, if they have a job in renewable energy or in clean energy, they networked their way into it. And networking your way into a job is a huge problem if you think about power and privilege,” she said.

In an interview with China Global Television Network, Power for All’s CEO Kristina Skierka reaffirmed the DRE sector was fertile ground for job creation even under difficult circumstances as evidenced by preliminary trends from the Powering Jobs 2021-22 census: “The early indications are great news. It's showing what we already knew about decentralized renewables. It’s a form of energy that's resilient to COVID and other disruptions, which could also indicate some very fast growth in jobs for years to come. And we're actually expecting jobs in this sector to be higher than they were in pre-pandemic levels as soon as next year.”

In five developing nations, these early trends suggest that even though access to DRE was improving, domestic supply chain capacities were still a major obstacle to job creation.

On the sidelines of almost 200 nations seeking to come up with a pact that will move another step closer to keeping global warming at 1.5 degrees Celsius (2.7 degrees Fahrenheit), activists, entrepreneurs, and corporates were making clear their support to protecting the environment while creating economic opportunities for the most vulnerable communities.

“The Nordics as pioneers in developing jobs and skills in Africa”, a side event at COP26, organized by the Danish government, revealed more possibilities to create jobs while addressing energy poverty in Uganda. Gender parity came under the spotlight at the event, where Power for All’s CEO Kristina Skierka said renewable energy needed to be in everyday conversations to create awareness that would indirectly become a catalyst of achieving the set goals.

“I honestly think one of the number one things we can do as a culture regardless of where we live is mainstream the use of renewable energy. It's a more democratized sector, there are more women employed there, but beyond that, particularly in decentralized renewable solutions, so there are mini-grids, rooftop solar, sometimes it's appliances that can be used in those weak grids or low energy environments that help people create businesses. But all of those are much more accessible and in fact, what's great about the DRE community, is that it’s much more resilient,” she said.

“Women are under-represented in the grid sector of the institutions and the companies we interviewed, the workforce on average was about 30% female, but most of that was in unskilled or very low skilled jobs, women continue to face barriers to entry, cultural social norms, limited access to finance, financial literacy, and also is very practical things like access to a motorcycle, which is often needed to distribute systems in rural areas,” said panelist Simon Trace, who is Principal Consultant for Oxford Policy Management.

Power for All’s Kristina Skierka also spoke at the Business Fights Poverty panel, another COP26 side event that had a discussion on how to end energy poverty while creating jobs. She said the renewable energy sector was on the right path in addressing inequities and inequalities where women were concerned.

“When we look back at the pandemic, it was women who lost more jobs than men did. And that's universal, whether you are in a developing country or a developed country. But then when we think about opportunity, one of the amazing things about renewable energy is not just what it can do in terms of helping us adapt to the future of this climate reality that we're in. But there are actually far more women that are employed by the renewable energy sector than fossil fuels. So in general, we can do better on that and we can talk a little bit about some of those options. But altogether, the fossil fuel industry is about 22% women and the renewable energy sector is about 33%,” she said.

She told the panel that beyond COP26, Power for All would continue to focus on raising awareness and drive not just acceptance of decentralized renewables in many of the countries suffering from energy poverty, but preference for it.