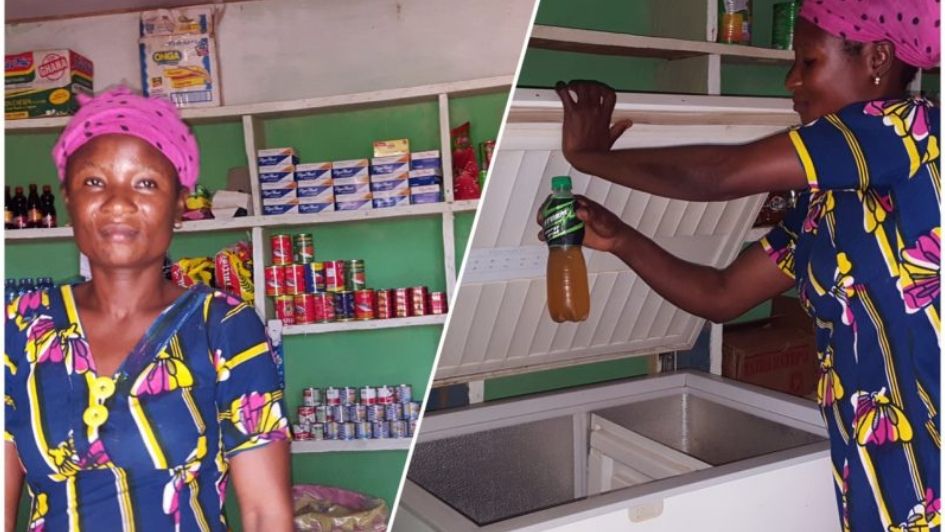 A new study in Ghana by Power Africa and Energicity, the parent company of solar mini-grid developer Black Star Energy (BSE), has revealed significant impact of electricity access on women-owned businesses and incomes, including helping them move from extreme poverty to near middle class status, while allowing them to stay in their rural communities.

One such entrepreneur was Abena Apam. Her customers wanted cold drinks. But she had no electricity, and therefore no refrigeration. As a result, sales to local workers at a nearby cocoa farm in Katapie, in Ghana’s Ashanti Region were low. No one wanted warm soda, bottled water or other goods.

But that all changed when BSE deployed a mini-grid in Katapie in August 2017. Abena finally had the round-the-clock electricity she needed, and invested in a freezer while doubling the size of her shop. She even extended her operating hours. The result: a 400% increase in sales by 400%. Abena now plans to add another freezer and develop a wholesale business to supply stores in the community.

In most cases, women in the communities surveyed had long held dreams of starting businesses. However, without electricity the obstacles were too great, or the business operating costs – including diesel generators – was too high.  With the provision of electricity, women across BSE’s service area made similar choices to start businesses.

For example, Ajara Ibrahim started a business selling fish in her remote community before there was electricity. She would travel 15 miles to buy a small stock of fish and bring it back to the village. If there were unsold fish at the end of the day, she would smoke the remainder to preserve her investment. However, between the costs of travel, difficulty getting the right amount of inventory, and the low consumer interest in smoked fish, she ultimately gave up on the business and went back to helping her husband on their farm. Once Black Star Energy started providing electricity in her community through a solar mini-grid, Ajara got a freezer through BSE’s freezer leasing program and restarted her business. Her business now is generating an income of about $2.2 per day, about five times what she was generating with her previous business.[1]

The survey is only a beginning. While the sample size is a relatively large percentage of BSE’s customer base (15%), to have conclusive determinations on whether energy access really does drive increases in women’s incomes by up to 11X in less than two years would require a much larger sample.

With stronger data, development finance and impact finance providers should look more closely at the linkage between electrification and other development impacts. High-quality electricity access (tier 3/4) via mini-grids should be seen as one of the most important levers to improve not just quality of life by providing light, but also by driving significant advances in income potential, gender equity, and across-the-board development.

[1] The World bank considers living under $2 per day extreme poverty and $13.50 per day is considered to be the emerging middle class.