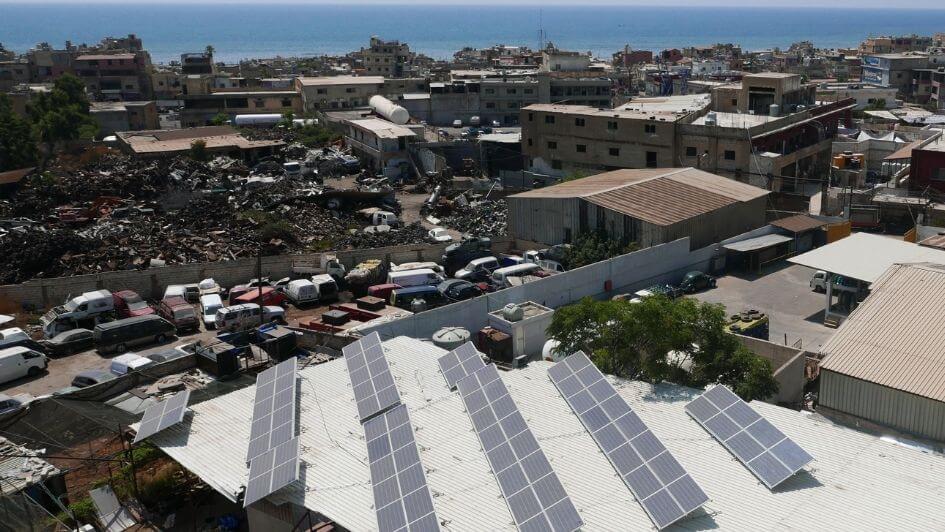 Lebanon suffers from sporadic electricity supply. An aging grid, a lack of domestic fuel supply, and political sectarianism has rendered electricity both intermittent and expensive. Thousands of diesel generators struggle to meet the shortfall but have not been able to keep pace with demand. Today Lebanon finds itself one of the three most indebted countries in the world with one third of its budget deficit going toward fuel subsidies.

A team of entrepreneurs from Firebird Energy has come up with a solution: modular solar micro-grids with batteries for storage. Custom designed power conversion and battery management systems provide the ‘brain’ for the system and ensure uninterrupted electrical supply, including for industrial uses.

However, the real breakthrough is the levelized cost, less than $0.10 per kwh, making it less expensive than the cheapest form of electricity, natural gas. In late 2018, Chinese battery giant CATL pushed the costs of high quality, 3,500 life-cycle lithium-ion batteries, into widescale affordability. In Lebanon, it is now cheaper, easier, and faster to install solar micro-grids than any other form of energy.

The micro-grid, in an impoverished southern suburb of Beirut called Ouzai, has been supplying an overcapacity of electricity to a local recycling company for the past two months. Its 100kwp of panels and 70kwh of battery storage provide excess electricity in a neighborhood that routinely sees 12 to 16 hours of cuts per day. The micro-grid has not seen a single interruption and has not required any maintenance – aside from the occasional cleaning of the panels.

An important advantage of micro-grids in Lebanon is that an abundant supply of free and clean solar power negates the need for political consensus. Traditionally, local Politicians from various sects have a pattern of arguing over cake-slicing – who gets the biggest cut of finite public resources like traditional power generation. Not so for micro-grids.

Other advantages include improved air quality, which plagues Lebanon with high rates of cancer and respiratory disease. Micro-grids can also provide a much needed boost to industry, which has virtually collapsed due to high energy costs. The tiny country of Lebanon, long derided as an environmental catastrophe, can lead the way on climate, proving that it can quickly and cheaply transition away from fossil fuels.

To be sure, new unregulated technologies can have both positive and negative attributes, and utilities, despite much criticism, have served the public well for more than a hundred years, ensuring both fair prices and high quality.  Solar micro-grids must be introduced thoughtfully, since their success depends on the continued presence of existing systems.