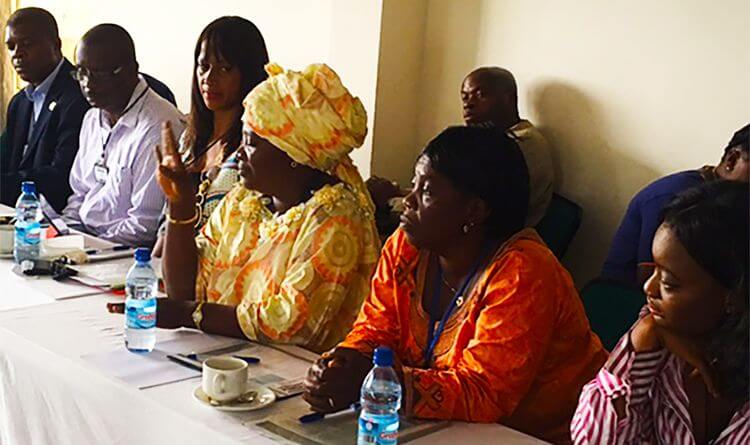 On Thursday 28 July, Power for All Sierra Leone held a successful workshop to further familiarize government officials with the Sierra Leone compact and Energy Revolution targets and activities, and build awareness of the decentralized renewable sector. The workshop particularly focussed on the actions and ownership needed to streamline the importation of solar products, a key part of the country’s plans to catalyse the decentralized solar market and increase access to energy services.

Sierra Leone is the first country to complete an energy policy compact with the UK Department for International Development (DFID) led Energy Africa Campaign. Commitments made under the compact are designed to accelerate the household solar market in Sierra Leone, and help achieve universal energy access. The President of Sierra Leone, Ernest Bai Koroma, has made bold targets of reaching 50,000 homes with distributed solar solutions by the end of 2016, and 250,000 by the end of 2017.

43 participants attended the workshop—13 more than initially expected—showing clear support and interest for the Energy Revolution program amongst key stakeholders. Attendees included representatives from the Ministry of Energy, the Parliamentary Oversight Committee on Energy, the Renewable Energy Advisory to the President, the Barefoot Women program and members of the press and private sector.

17 organisations in attendance also joined the Power for All campaign during the meeting, further highlighting the depth of commitment to the country’s energy access goals.

The Sierra Leone  government is working with Power for All to increase the technical capacity of government staff in order to lay strong foundations for the Sierra Leone Energy Revolution and ensure that commitments made under the Energy Africa compact can be rapidly implemented.

The Sierra Leone Energy Revolution is a key component of the country’s post-Ebola recovery plan. Currently, access to electricity—a critical enabler of growth and development—is limited largely to the capital city, Freetown, and is only available to 2 percent of the country’s rural population.