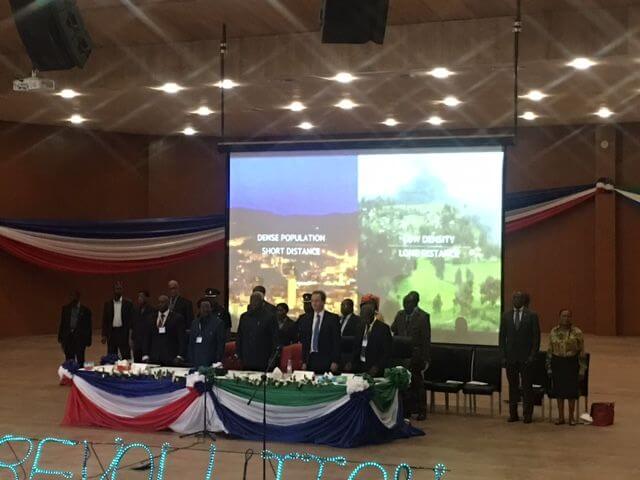 President Ernest Bai Koroma opened Sierra Leone’s first-ever national conference on decentralized renewable energy yesterday, pledging energy access for all of the country’s seven million people in less than a decade. The goal, with a focus on household solar solutions, is part of the government’s post-Ebola recovery plan. Currently less than 12 percent of people in urban areas have access to modern energy, around one percent in rural regions.

“Before I leave office,” Koroma said, “all 149 chiefdoms will enjoy access to energy. In the medium and long terms, we envisage ambitious goals of providing modern power to one million people by 2020 and Power for All by 2025. This will be my Government’s legacy in the energy sector.”

The president added that he had given the Ministry of Energy a target to provide “more than 50,000 homes with solar units this year, and a minimum of 200,000 next year” and stressed the “key role” of the private sector. 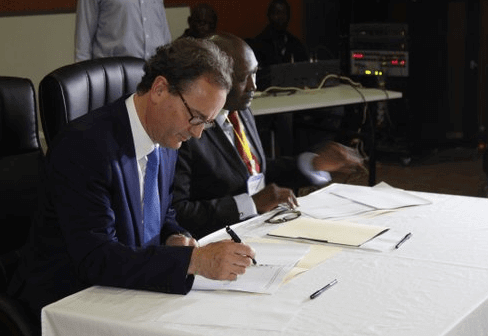 The 2025 goal for universal energy access is part of on official Compact between the Sierra Leone government and UKAID's Energy Africa campaign—the first of 14 Energy Africa agreements to have been formally concluded.

Commitments were made to:

Minister Hurd said that the Energy Africa Compact will “unleash the household solar market and light up Sierra Leone”.

The Sierra Leone Energy Revolution is the start of a series of renewable energy initiatives to eradicate energy poverty in the country and a number of steps have already been taken to support the growth of the decentralized renewables market. The event saw the announcement of the newly formed Renewable Energy Association of Sierra Leone (REASL), while the national Power for All campaign will be officially launched on May 12 to provide a collective voice for the private sector, civil society and other energy access stakeholders. 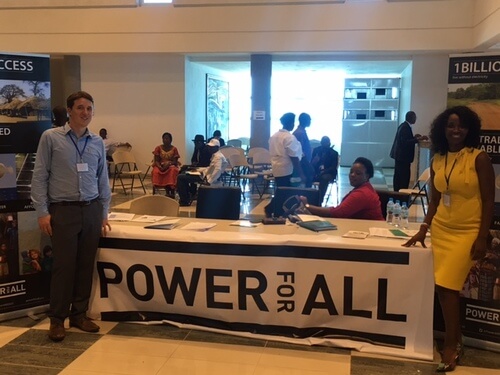 This remarkable, multi-sector energy revolution shows Sierra Leone’s determination to build a dynamic environment for investors, donors and off-grid enterprises that will catalyse rapid action and power homes, hospitals and businesses. It provides a beacon of hope as the country recovers from the Ebola epidemic and is a giant step forward on the path to a brighter energy future.

As our Sierra Leone Campaign Director Ami Dumbuya noted, “This event shows what we can do in a very short space of time when partners come together around a common goal. Now we must keep the momentum going and seize the opportunity to bring Power to All.”