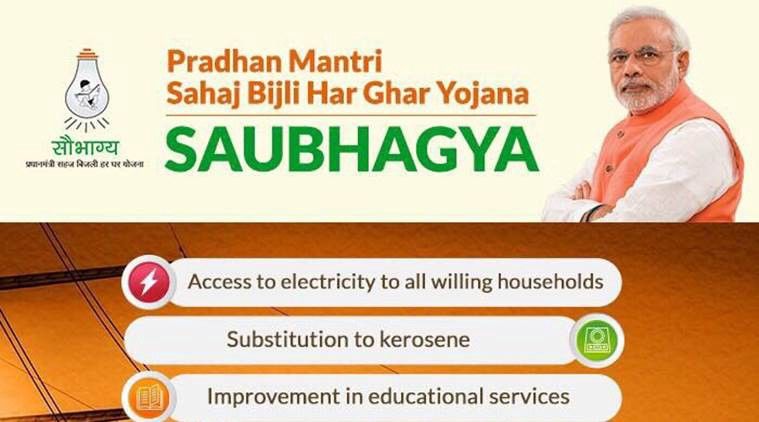 The administration of Prime Minister Narendra Modi has made universal access to continuous and reliable electricity a central pillar of its development efforts. Upon coming in to office, Modi moved quickly to enlist state governments in this effort through the “Power for All 24x7” initiative, which asked states to develop action plans for providing uninterrupted power supply to all consumers. The central government also runs the Deen Dayal Upadhyaya Gram Jyoti Yojana, which focuses on rural grids, and tracks the number of villages being electrified throughout the country on an online dashboard. In the run up to the 2019 national elections, Modi launched yet another national program with the goal of bringing electricity to all rural and urban households by January 2019.

The central government has been very active in the energy sector, but India’s states play a crucial role. India’s constitution gives states and the federal government concurrent responsibility for electricity generation, transmission, and distribution, but states alone have the power to set and collect tariffs. States own 25 percent of generation capacity (and commission a larger portion of the rest); they are also responsible for day-to-day operation and maintenance of their grids, and they are the only customers big enough to fully support the renewable energy industry.

Saubhagya Initiative: On September 25, Prime Minister Modi launched the Saubhagya program, which will focus on electrifying all of India’s households. States will be able to access $2.5 billion in funding by submitting detailed project reports to an inter-ministerial monitoring committee. 85 percent of the funding will be dedicated to electrifying close to 250 million rural households. Some tenets of the program focused on rural and remote area are:

Households to which grid lines cannot be extended will be provided solar power packs with five LED lights, one DC fan, one DC power plug with promise of free repair and maintenance for five years

Deen Dayal Upadhyaya Gram Jyoti Yojana: The main mandates of the program are electrification of all villages, separation of agriculture and non-agriculture feeders for rural areas, and strengthening transmission and distribution infrastructure. In the month of September, 268 more villages were electrified. Odisha, Meghalaya, Assam and Arunachal Pradesh accounted for electrification of over 30 villages each.

Pradhan Mantri Ujjwala Yojana: Run under the Ministry of Petroleum and Natural Gas, the Ujjwala initiative aims to provide clean cooking fuel for families living below the poverty line. With a budget of $1.5 million, Ujjwala aims to provide 50 million homes with new LPG (Liquefied Petroleum Gas) connections, and $23.96 as financial assistance per connection, to reduce their dependency on firewood. It has been implemented in 35 states and union territories, with Uttar Pradesh leading the chart with 4.6 million new LPG connections.

Karnataka: Rays Power Infra commissioned a 9 MW solar power plant in Tumkur district. The project was commissioned under the Karnataka Farmers’ Solar Scheme, which offers a tariff of 13 cents per kilowatt hour, one of the highest in the country. Source: Hindu Business Line

Maharashtra: The Maharashtra State Electricity Distribution Company Limited has launched an amnesty scheme for “permanent disconnected” consumers in both the agriculture and residential categories. Under the scheme, consumers whose power connections were disconnected before March 31, 2017 are eligible to be reconnected by paying their dues in five installments. Source: Times of India In Detail: Notification

The news digest is prepared by Mr. Sidhanta Mehra, a program manager and research associate with the CSIS Wadhwani Chair in U.S.-India Policy Studies, the world’s only think tank that tracks regulatory and policy developments in India’s states. CSIS tracks these issues at Engaging Indian States, which offers a database of states news and analysis of key developments. Mehra is supporting the secretariat of the first-of-its-kind U.S.-India State and Urban Initiative, whose objective is to U.S.-India energy cooperation by strengthening direct engagement with India’s powerful states. To get involved, please contact Sidhanta Mehra.