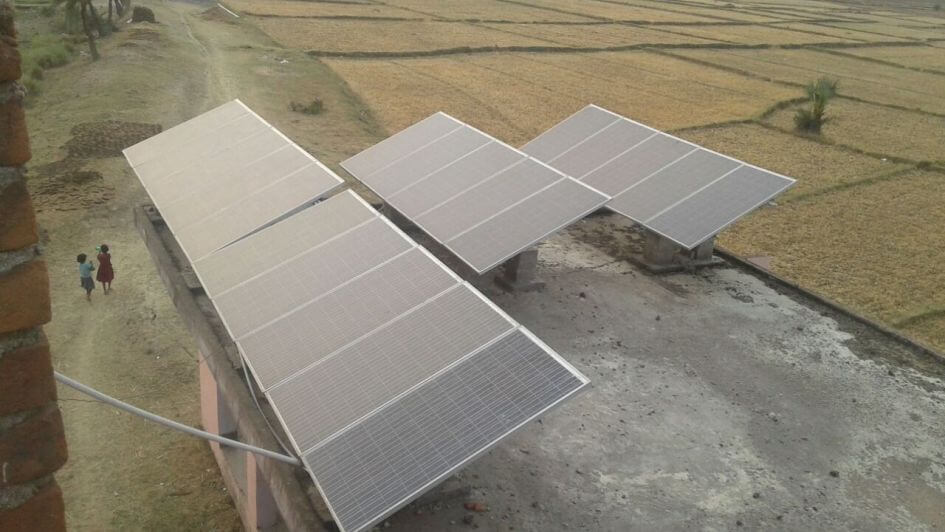 How Women Are Bringing Solar Power to Villages in Bihar

Recently, Kumar Deepak, environment officer at the United Nations Development Program (UNDP) in India, had an opportunity to meet with Amrish Joshi, a block coordinator for Tankuppa, Gaya, in Bihar state for the Bihar Rural Livelihoods Project (aka, Jeevika), who has been working on renewable energy installations in the area. The area was previously infamous as a corridor for a Naxal insurgency. Solar mini-grids have been set up and are now operational in two villages. Below is Mr. Deepak’s personal account of the critical role women have played.

The village is situated on the foothills of the sacred Brahmayoni Hills in Gaya, reachable after after an hour’s journey from Gaya town. Amrish Joshi, who was acting as my guide, told me that the company Central Electronics Limited (CEL) had provided technical assistance as part of its CSR program to pilot the mini-grid projects.

Though I saw a transformer outside the village, villagers informed me that the village had not been electrified since 1960. The installation of a solar mini-grid started in early 2015 and has been successfully operational since May 2016. Now the 15 kW solar plus battery mini-grid is distributing power through a centralized power station with an individual smart meter. There are three separate 3 kW DC pumps installed to facilitate drip irrigation to local farmers. Each beneficiary has been provided with two 5w LED bulbs, one 20w DC fan and one 5w solar lantern with the connection.

The Badil Bigha project is owned and operated by the village’s Jeevika “Women Cell”. Involvement of women is one of the most revolutionary components of developing an expert knowledge resource of solar mini-grid operation. Working through community inclusion at all levels of power distribution and maintenance has also been important. The village energy committee is working to review price slabs in a unanimous consensus with households accessing electricity. The Jeevika Women Cell has informed each household/beneficiary about how energy would change livelihoods and how this solar mini-grid can bring dynamic economic empowerment in the village.

It’s an opportunity for the village community to utilize this CSR pilot project for social, economic and environmental empowerment. Community ownership has an important role to play in the sustainability of the project and its economic inclusion. Gender inclusion is one of the driving forces of the project operation. What was an income-deficit village has started scaling up livelihoods after the installation of solarized drip irrigation pumps.

The Women Cell meets at a common place where all villagers (men and women) participate. They point out this paradigm shift in the transitioning quality of life and debate on how the solar mini-grid should be maintained to continue distributing power effectively and efficiently. The Cell also specifically ensures absolute transparency and accountability in maintaining the mini-grid. They develop an integrated environment of community ownership which ensures reliability and long-term sustainability of the project. They also discharge major responsibilities in project operation such as charge collection, the registration of enrolled consumers, hiring local technical assistance, proper and up-to-date documentation of financial transaction and distribution of electrical appliances to each beneficiary.

Badil Bigha has now overcome clouds of darkness. Villagers are using electricity at their homes, charging their mobiles, watching television and using the Internet to get connected. 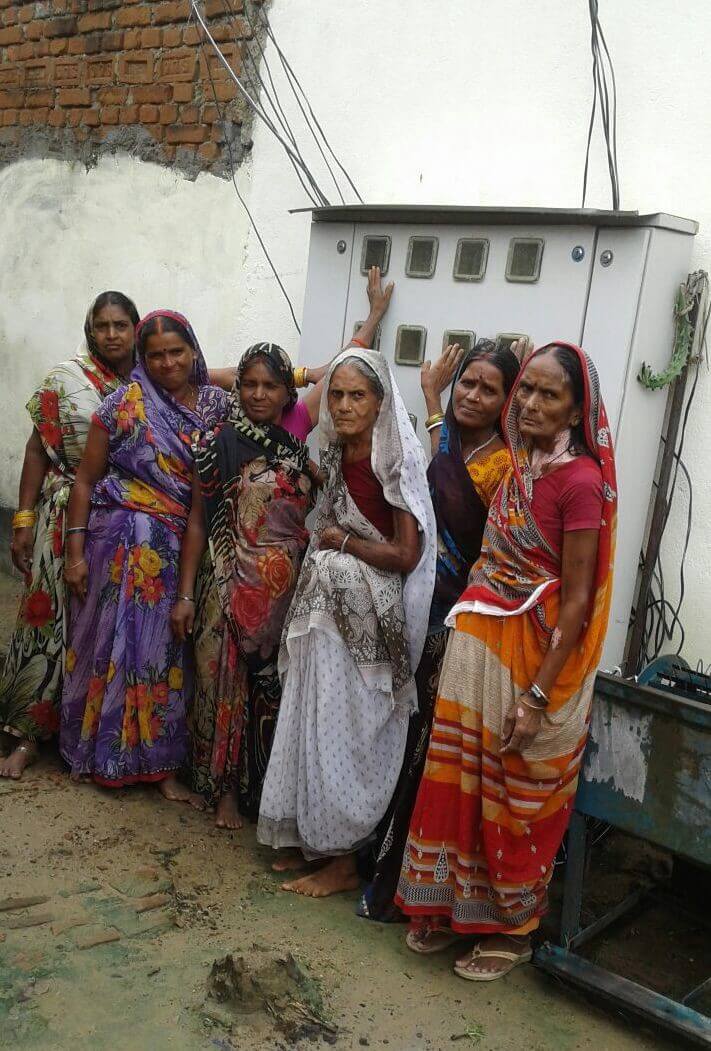 This village is 1–1/2 hours away from Gaya town. Barsha Pipra seems to be one of the most remote rural agglomerations, lacking basic public amenities. Since independence, the village has been residing under never-ending political turmoil.

Central Electronics Limited, under its CSR project, installed a solar mini-grid of 30 kW capacity. Under CEL’s technical assistance and the village Women Cell, Jeevika has owned this solar mini-grid at its management and operation level. This village has a larger configuration and has plans for expansion to over 200 households.

Technical experts had set up two centralized powerhouses having the installed capacity of 15 kW each for efficient and easy distribution of power to all beneficiaries. Each powerhouse is connected to a battery bank. Though this project is also based on community ownership where village women have owned and looked after the operation, they have included a wider community for ownership.

The Tankuppa Jeevika coordinator discussed the challenges in the smooth running of the mini-grid, which has been impacted by political conflict at the Gram Panchayat level. There was even a lack of unanimity at the community level over the minimal charges for the maintenance, management and operation of the power station. Local politicians disseminated rumors to dismantle the proper functioning of this ambitious solar project. They think that this is a government-owned project, and they shouldn’t pay charges.

The Women Cell along with a facilitator, technical experts, block coordinator and other officials, worked hard to impress on the locals the significance of this project in empowering rural life and livelihoods. The women of the village, in particular, had developed an understanding of their role and the potential of inclusion in this project. Village women showed tremendous integration helping this solar mini-grid become operational. Villagers can now charge their mobiles, use light bulbs and fans etc. 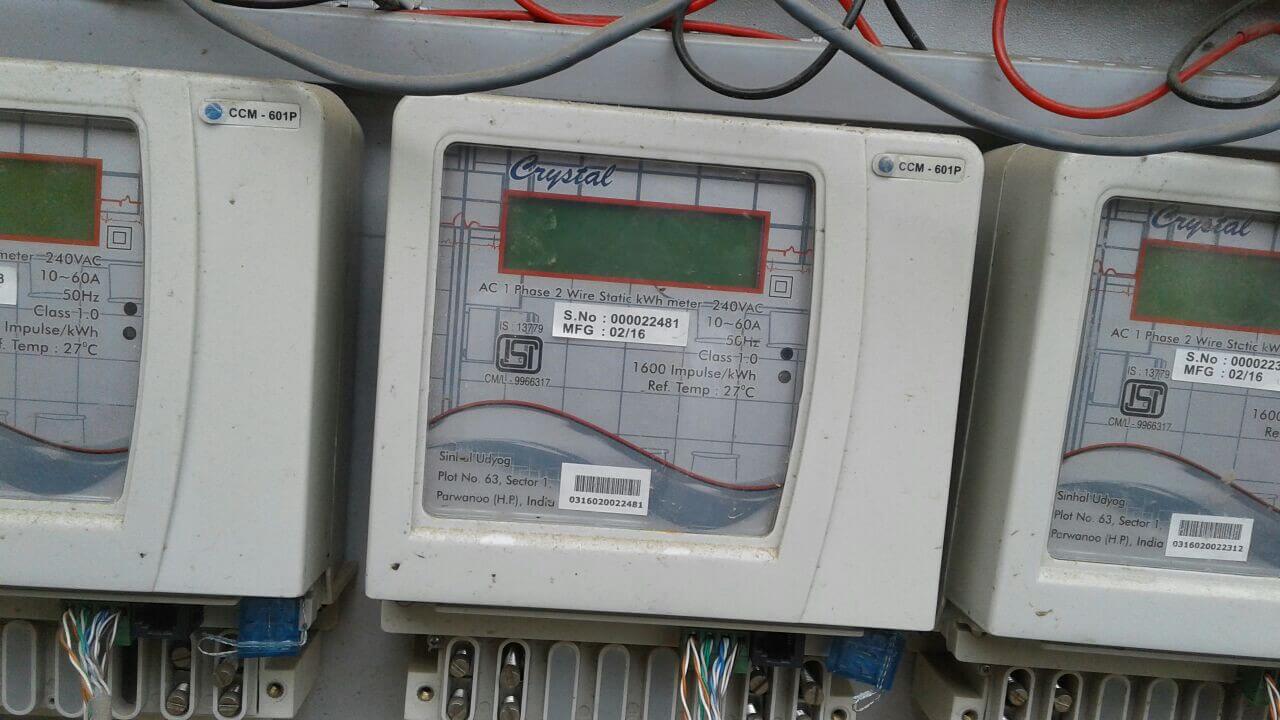 The viability of community-based solar mini-grids

The solar mini-grid projects in Badil Bigha and Barsha Pipra are owned and operated by the village women organization of Jeevika. This is the kind of project which satisfies the core objectives of the Sustainable Development Goals (SDGs), including gender empowerment and clean energy generation. The viability of solar off-grid projects depends on strong community ownership and women inclusion to help empower the economy and the community. Community ownership based on inducing a unanimous interlinking of beneficiaries helps contribute to the long-term sustainability of such off-grid solar projects. 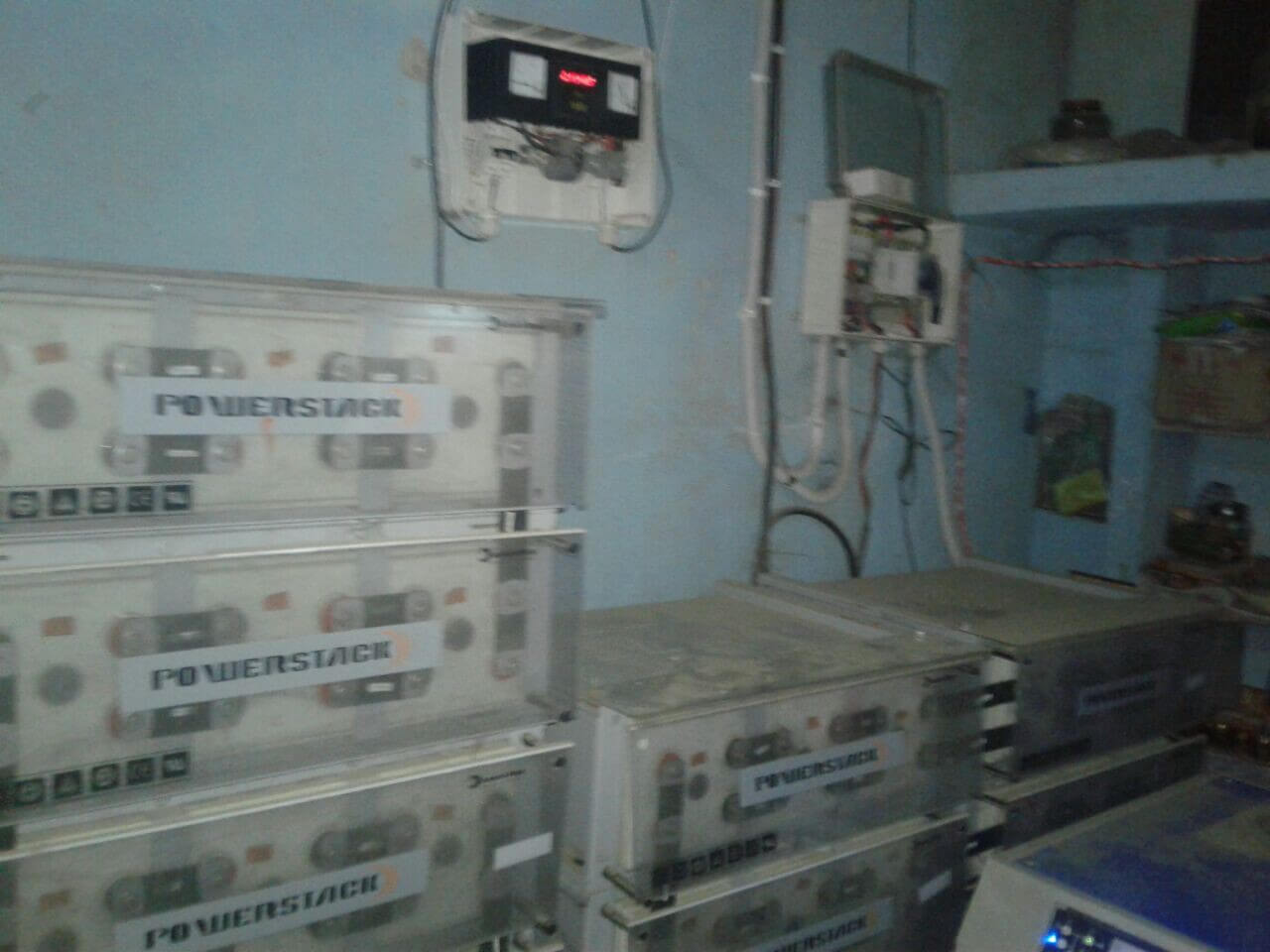 Bihar recently passed the “Policy for Promotion of New & Renewable Energy Resources 2017” to achieve power for all, including a target of 1000 MW of rooftop solar (including a mandate to use PV on government and municipal office buildings), as well as target of 100 MW of solar mini-grids in unreserved areas (villages and hamlets) which don’t have electricity, as well as in under-served areas. All the projects implemented under the subsidy and non-subsidy model shall be constructed on a build, own, operate and maintain (BOOM) basis and they will be encouraged to access other central government subsidies and incentives.