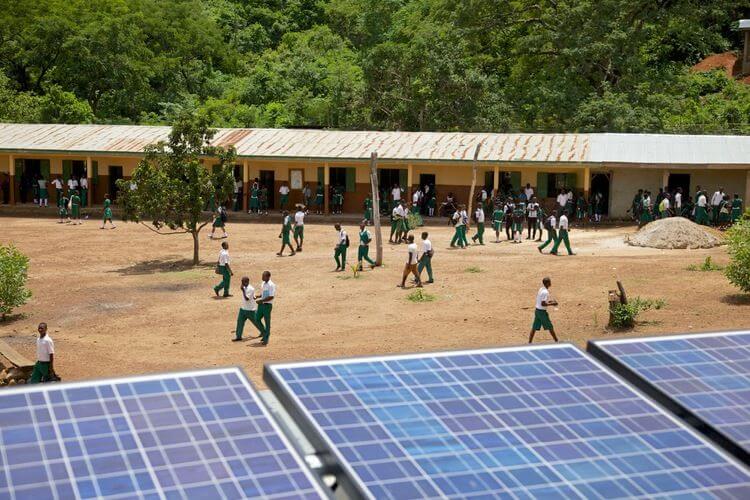 More than 600 million people in Africa live without electricity, and in just 15 years energy will be needed for another 500 million more as the population soars. Nigeria alone could be home to nearly 1 billion people by 2100, with Africa home to five billion.

World Population Day provides a vivid reminder of the huge and urgent need to electrify Africa today to transform the future of tomorrow.

The Africa Progress Panel estimates that energy-sector bottlenecks and power shortages cost Africa 2-4 percent of its GDP, dampening employment and curbing enterprise. Nowhere is this more evident than in its most populous country Nigeria, which provides a vivid example of the challenge this creates for national policy-makers, investors and those who bear the brunt of the energy crisis. 95 million Nigerians are unelectrified and 90 million more will be born by 2030.

The lack of reliable grid power means that already in Nigeria 80 percent of enterprises rely on fuel-based backup generation to cover gaps in supply, with an estimated 100 million diesel generators in operation. When fuel is available, it can cost around four times the amount of grid power, limiting a company’s competitiveness. Self-generation accounts for a significant portion of most businesses’ recurrent expenditure. Vice President of the Nigerian Association of Chambers of Commerce and Industry Mines and Agriculture (NACCIMA), Mr. Dele Oye, estimated in April that: “The endless petrol challenge is impacting negatively on the efficiency of the economy, resulting in over N5.8 billion in losses every 24 hours.” Decades of grid infrastructure neglect, low cost recovery and under investment have been further exacerbated in recent months by fuel shortages, low global oil prices and attacks on major oil installations in the Niger Delta. 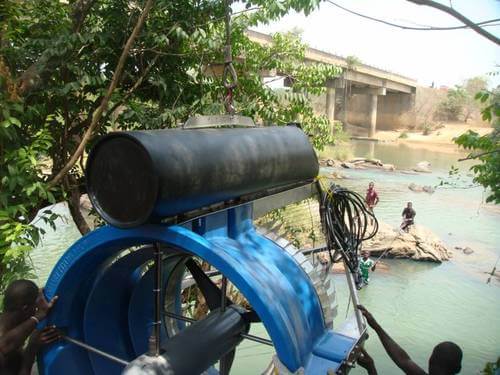 Yet it is also the size and power of Nigeria’s growing population that provides it with a powerful dynamism, an unleashed potential for innovation and a beacon of hope. This opportunity starts with decentralized renewable energy.

Decentralized renewables offer not only a means to rapidly provide energy access and reduce the high cost of diesel generation, but a way to improve energy security in vulnerable regions, bolster economic output, boost employment, drive sustainability and relieve pressure on the overloaded grid.

The potential for mainstreaming decentralized renewables into everyday activities remain endless, and there is a growing flurry of activity across Nigeria. Companies such as Lumos, Consolidated Energy, Blue Camel Energy, Creeds Energy, Smart Hydro Power and Arnergy, amongst many others, have been in the fore-front of the changing energy landscape in Nigeria, with technologies ranging from mini- and micro-grids, stand-alone home systems, and solar appliances such as lamps, cooking stoves, fridges and water pumps. 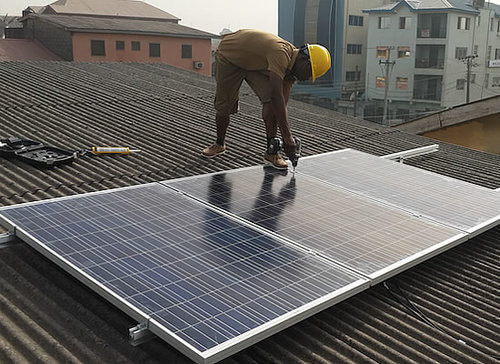 While fossil fuel plants can take nearly a decade to come online, distributed renewables are able to improve lives and livelihoods in a matter of months. These clean, reliable and quickly available power sources cannot come soon enough for Nigeria’s young and growing population. In May, the National Bureau of Statistics reported that youth unemployment--representing almost half the country’s labor force--has risen to 42.24 percent, with as many as 15.2 million young people unemployed. In addition to the sharp drop in commodity prices, direct correlation can be drawn between the increasing lack of electricity across the country and the astronomical 2016 unemployment figures. Foreign companies considering Nigeria as investment destination have diverted their attentions to neighbouring countries with a more stable electricity supply, while several businesses have closed shop within the past 18 months affected by the high cost of backup power generation, leading to thousands of employees being thrown back into the constricted labor market.

97 percent of businesses in Nigeria are small to medium sized enterprises (SMEs), providing 50 percent of Nigeria’s employment, and millions more are employed in agriculture. Across the length and breadth of the country the energy crisis is being faced by these SMEs, smallholders and vulnerable artisans who rely on a constant supply of power for their trade—from welders to tailors, mechanics to farmers. Many of these men and women have reduced their productivity; many more have been forced to bring their businesses to a close. With ever growing numbers joining the job market each year, the government must treat the electricity issue as an emergency and shift its gaze firmly to the decentralized renewables sector. As can be see in the restive Oil Delta region, a large and unemployed youth population signals significant danger for the country’s overall well-being and security as well as for its economy.

A Chance to Lead 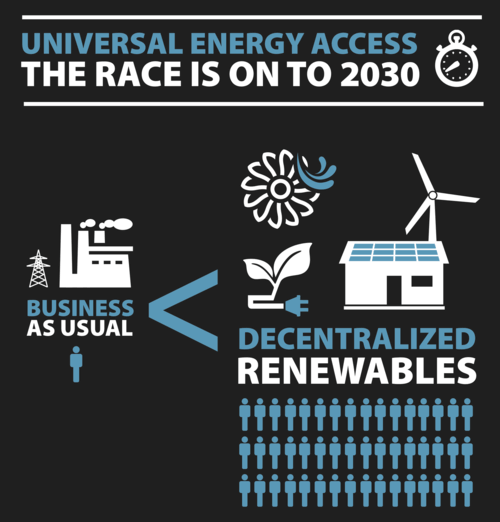 Global market analysis of decentralized renewable energy shows that newer and better technologies are emerging daily, both in specific renewable energy solutions and in associated storage facilities and appliances. Off-Grid Electric has launched its ‘business in a box’, the Zambian government has invested in solar grain mills, mini-grid developers are powering telecoms towers and decentralized renewables are powering refrigeration, irrigation, communications and far more. Indeed, the industry itself is creating strong employment. In the nascent solar lighting sector alone, the number of jobs already equal the number of jobs created by the century-old fuel-based lighting sector.

Nigeria’s huge and growing market-place has the opportunity to both make use of these technologies and to use the latent talent of its entrepreneurs to create pioneering new business models and technologies. As more and more companies gain independence from unreliable and expensive power, so they can increase their output, improve their investability and create new—and better—job opportunities.