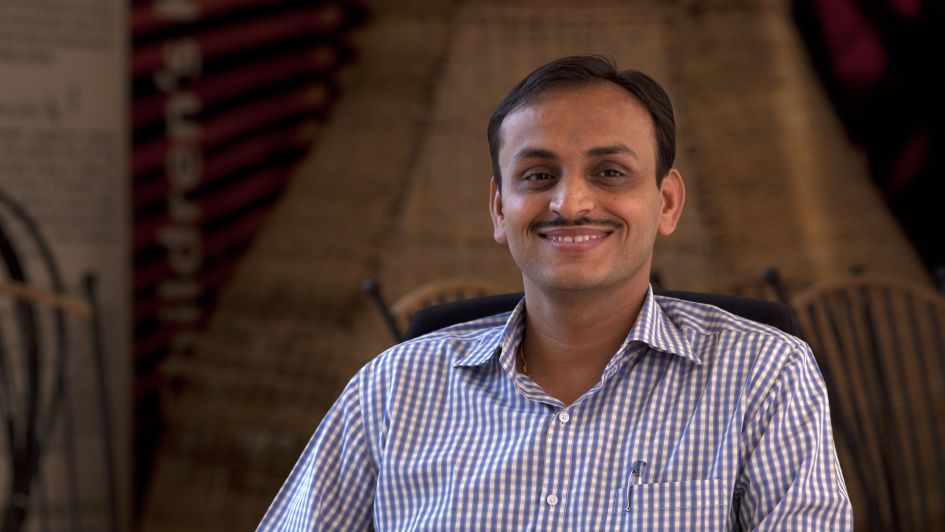 Dr. Solanki’s team this year won a national innovation challenge to design an affordable solar electric cookstove for rural India. The “Solar Chulha Challenge 2018” was organized by the Indian Ministry of Petroleum & Natural Gas. The mandate of the challenge was to come up with an affordable, clean, efficient and reliable prototype that could be further developed and made accessible to rural and urban households. The cookstove is now being installed in all households in Bancha village in rural India’s Betul district, in Madhya Pradesh state, to test its effectiveness.

In an interview with Power for All’s William Brent, Dr. Solanki said the challenge is scale, and he believes that is possible within the next five years—if the cost of battery storage comes down, and if consumer financing is made available. If that happens, it would be a game-changer for SDG7, because the power requirements for solar electric cooking are much higher, so improving the economics would result in the ability to power all home appliances with one system, according to Dr. Solanki. In other words, mainstreaming solar powered stoves would lead to a one-stop solution for both electricity access and clean cooking.

“People were trying to provide solutions for light and electricity and other needs, and some other solutions for cooking. If you look at the amount of energy required for cooking, vis-a-vis the amount needed for lights and fans, the energy requirements are much higher. Therefore if you can take care of the cooking needs, based on solar, the other needs of light and fans and TV get automatically taken care of. It would be wonderful if we combine both these targets of clean cooking as well as clean electricity and make it one target, and both can be achieved together.”

The cookstove is completely powered by 1 kW solar power and 7 kWh battery capacity, for operating at night. It can fulfill the daily cooking energy needs of a family of five in a day. It has two 1000W induction cooktops and a 500W cooker. It provides the convenience of cooking during non-daylight hours, as well as the solar energy stored in batteries, thus coping with an overarching challenge the solar cookers have faced for many years. Also, its design can be customized to fulfill the entire cooking needs for different family sizes. The cookstove has demonstrated versatility in cooking all varieties of food items, matching the performance of LPG-based cooking including rice, roti, dal, milk, eggs and tea. It can facilitate various types of cooking including frying, boiling and griddling. The cookstove will also go a long way in reducing indoor air pollution and tackling high firewood consumption, says Dr. Solanki, thereby improving the quality of millions of people, especially women and children, in rural areas.

“The national challenge had lots of boundary conditions and we were able to come up to the mark in all the boundary conditions except cost. It should cost around 10,000 rupees (USD $155), however the current solution that we have fulfilling the other conditions costs around 40,000 to 50,000 a piece. We believe that as we scale up and go to larger scale, and as the technology for the battery storage improves as far as performance and costs, this cost will come down. However, it will not come down to the 10,000 rupees level, at least not in the next couple of years, but it will be at around the 25,000 or 30,000 rupees level.

“The product we developed was actually a prototype, but we have been working since then to promote it for actual utilization. So right now another thing we are doing is installing a complete village in the Madhya Pradesh state where there are 86 households, and each of those households is getting fitting with a solar PV cook stove. We believe this is one of the first experiments in the world, not only in India, where the entire village is getting a solar PV solution. So we are trying to promote and provide this technology to as many people as possible.”

IITB organized a workshop for entrepreneurs, companies and NGOs in mid-September on technology knowhow transfer and licensing. “We want to make sure the technology gets used, and gets utilized and promoted on a very large scale,” said Dr. Solanki.

According to the professor, affordability is a main barrier to scale. “I think the Indian government is also looking at the solar PV cookstove as one of the solutions, particularly for the remote areas of India. In India there are LPG cylinders have been provided for cooking, which has been a very successful program. However, there are data that suggests that the refilling of those cylinders and the infrastructure required to refill is not easy. So the government of India is also looking at it seriously. India is so big so if the government takes over it will definitely help in price of the solar cook stove come down.”

Looking ahead, Dr. Solanki would like to see all three billion people with access to clean cooking by 2030. “I wish that all three billion would be accessing clean cook stoves. If we look at the climate change that is happening, I think the world will be forced to adopt this solution, if not by choice then by necessity. Because the remaining carbon budget that we can emit is only 700 gigatons or so. And our annual emissions is 35 gigatonnes of carbon dioxide. So I believe that soon the world will realise that it is not a matter of choice any more and we have to full-fledged do this. I think the time is gone now where we need to stop electrifying rural areas by grid, and we need to go solar.” To learn more about Dr. Solanki’s work, visit www.solarcookstove.org

Listen to the conversation here:

Dr. Chetan Singh Solanki is an award-winning Professor of Technology, Science and Engineering at the Technology Institute of Mumbai. He is an expert in solar PV technology, and the author of several books on renewable energy. His team recently won an Indian national innovation challenge to design an affordable solar induction cook stove for the masses. Dr Solanki also heads a solar lamp programme that has reached roughly three million households in India.